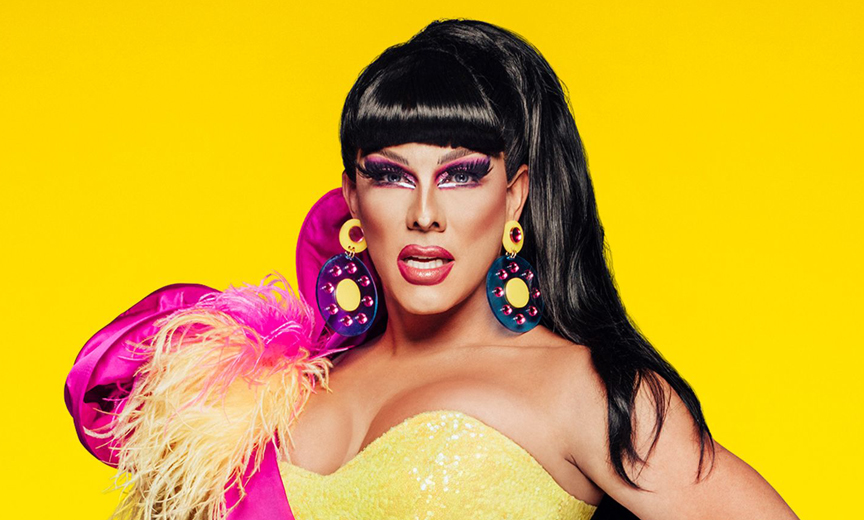 The queens had a ball with the pit crew and then had magic to do. But who said something something truly bewitching?

Congratulating A’keria on her win:
MISS VANJIE: Who woulda thought your THOT, twerking ways would get you a good ‘ol prize, bitch?

On the judges’ interpretation of Silky’s facekini costume:
SILKY: I got called a roach today, bitch. A roach! But that’s one thing about roaches: We don’t die. We multiply, bitch. So get used to me, honey!

Leering large group of sexy Pit Crew members arrives:
RUPAUL: Delta Work, what are you doing here?
DELTA: I figured it was a really good day to come and check out “the set”.
RUPAUL: Well, you have impeccable timing.
RUPAUL: No – just a really good sense of smell.

While planning their magic acts:
YVIE: But for real, you all think the other team is at all peeved with how things were split up?
SILKY: If they’re upset, they’re upset because we are team personality. Like, let’s be honest about it. Damn, Vanjie. You put all the girls with the most talent, the most charm, the most charater, and the most beauty – minus Yvie – on the same team. They destined to motherf**king fail, and I live for it!

During pre-challenge interviews:
RUPAUL: Now, do any of you have any experience in magic?
BROOK: I can make my eyebrows disappear.

Posing the same question to the other team:
RUPAUL: Now do any of y’all have any experience with magic?
A’KERIA: I’ve made some men disappear in my day.

Offering a sense of her self-perception:
SILKY: I go from trucker to a woman in 25 minutes. That is true magic.
RUPAUL: Do you really see yourself as a trucker before you get into drag?

Evaluating the queens’ readiness:
RUPAUL: I would like to know what scares you about this challenge.
MISS VANJIE: Probably what happened last week, which was just watching a trainwreck happen and not being able to stop the train from wrecking.

Entering the werk room:
MISS VANJIE: Today is elimination day, and we have to perform this magic show for the judges. I feel like somebody is going to disappear today. Bippity Boppity Bye!

When Nina fails to appear at the beginning of their act:
BROOK: Girl, where is Nina?
SHUGA: Football practice?

Brook is upside-down with her legs spread:
NINA: Pee-ew! How long has it been since you washed your tights?
BROOK: September… 2015.
SHUGA: Those are fragrant.
NINA: Now I know what Vanjie feels like.

Introducing their team’s opening trick:
A’KERIA: Deeper than my tuck but hotter than hell – it’s even worse than a cold, blank stare from Michelle.

Responding to A’Keria’s butterfly lewk:
RUPAUL: She just came out of her cocoon. What did I just call me?

On her “Elizabeth Taylor” kaftan lewk:
NINA: I can feel the wind go up my ass, which feels amazing. I haven’t felt that in weeks. This woman is a woman of means. She’s getting ready for a busy day of sitting.

On Shuga Cain’s three-reveal lewk:
MICHELLE: On the runway, she went from pretty to worse to “No, girl. Stop!”

Want more drag than you can shake a tuck at? Sign up for MetroEspresso. 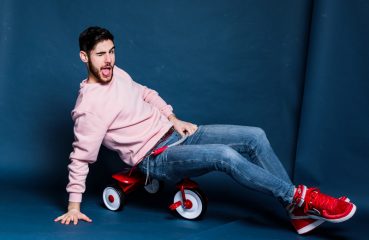 What Kind of Daddy Does Gay Comedian Sam Morrison Want?

Sam Morrison is a gay comedian and an absolute delight. So, as he prepares to headline Stand Up NY on May 10, we asked him to answer a few revealing questions for us. And, boy,...