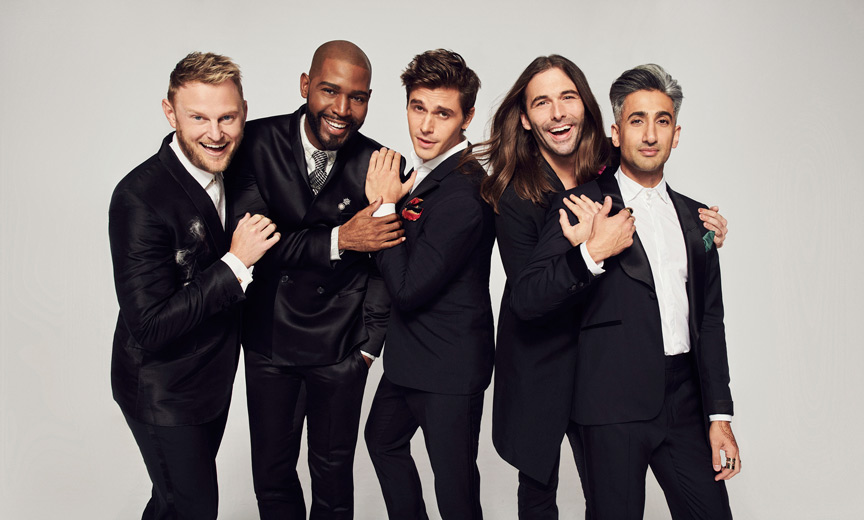 In our one-on-one conversation, “Culture Guy” Karamo Brown explains why this Fab 5 has taken on a new mission for a new generation.

This is not your big brother’s Queer Eye for the Straight Guy. The newly rebooted series now streaming on Netflix is an extrapolation of the original, which hit the airwaves in 2003, before George W. Bush had even been reelected. This time out, the makeover subjects are referred to as “heroes,” they include gays as well as straights, and this Fab Five makes a concerted effort to ensure that the changes they effect are neither temporary nor simply cosmetic.

Rebooted for a Reason.

According to Karamo Brown, who provides culture advice to the heroes of Queer Eye, the intention with this series is not merely to recreate or modernize what the original cast brought to Bravo more than a dozen years ago, but rather to do something entirely different.

“The original show was more about tolerance,” says Brown of his predecessors. “This time, it’s more about acceptance. The first time out, we were trying to give people a sense of what we were needing as gay people and demanding as part of American culture. And with marriage equality and in some other areas, there has obviously been some progress since then.”

When we caught up with Brown at a recent Pride party event hosted by the Chappy dating app, he spoke candidly about what he’s learned so far — not only about the subjects who get made over, but about the value of stepping outside your comfort zone.

And yes, he’s also acutely aware that this new Queer Eye is being seen through the lens of Trump’s America.

“We are very divided today,” he says ruefully. “I think Queer Eye is giving different cultures an opportunity to experience what happens when we stop fighting and start listening. In one of the episodes, the hero is a white Southern cop who voted for Trump, and I jokingly put on his ‘Make America Great Again’ hat. But there was a lot going on beneath the surface, because although I’m there under the guise of being gay, my identity as a black gay man is part of the equation, too. And so how he felt about Black Lives Matter became part of our interaction too, and we had a very transparent conversation — which is sometimes the best result you can hope for. I’m not looking to solve any problems, but starting a conversation has a value of its own.”

The show is also unfettered from having to shy away from content that could have made network execs twitchy had the show returned to its original home on Bravo. “With Netflix,” Brown says, “I think people watching will notice that there are fewer restrictions on what we can do because we’re not bound by advertisers in those days of ‘the host can’t do this,’ or ‘you can’t show that,’ or ‘you can’t speak your mind so frankly.’ Here we have the ability to be our authentic selves, and not at one point did anyone tell us no. And maybe that’s one of the reasons we were able to go to some pretty deep places with our heroes.”

Brown says that while his predecessor Jai Rodriguez focused on introducing his makeover clients to pop culture, Brown’s background allows him to engage his subjects on another level entirely.

“Jai was a Broadway and musical actor,” Brown explains, “so he was very much about exposing people to the arts. But my background is in social work, so I’m looking for something very different. One of the things we teach in the show is self-love and confidence. A lot of times we’re told that being proud of something you’ve done is a sign of someone who’s self-centered or has a big ego. It’s not. It’s part of being fulfilled and knowing that you’re a good person who has his own accomplishments. We teach people to say things like, “I have been a great Dad today.’”

Helping Men Be Their Best Selves.

Those may seem to be lofty goals for a franchise often remembered as a pleasant reality TV diversion some 15 years ago. Brown says that change is intentional, too.

“I want to know,” he says, “what the blocks are in their past. What’s keeping them from being the best version of themselves possible? What’s holding you back? So I’m much more about being a life coach and trying to help people find a life that resonates for them. I mean, how do you really feel about yourself? It’s great that we can change your clothes. But if we can’t change why you haven’t been curious about life, then what good is a new wardrobe? Making those changes has kept us in contact up to today with a lot of the heroes. And they’re sharing things like, ‘I’m keeping it together.’ And they’re coming to understand why they were fearful of letting themselves go in the first place.”

Did you miss our last interview with Carson Kressley?

Also check out: A Gay Man Asks: Can I Wear This to a Formal Event? 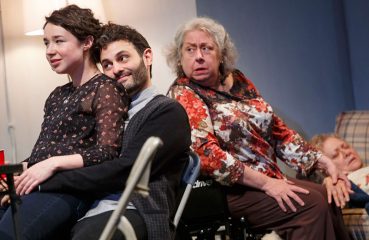 What can recent Los Angeles productions of Eugene O’Neill’s classic Long Day’s Journey into Night and Stephen Karam’s 2016 Tony-winner The Humans teach us about the nature... 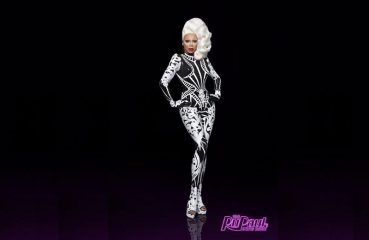 After the finale, we take stock of what went right and wrong on Season Ten — including what we’re still waiting for RuPaul to say. It may seem soon to do a post-mortem on...