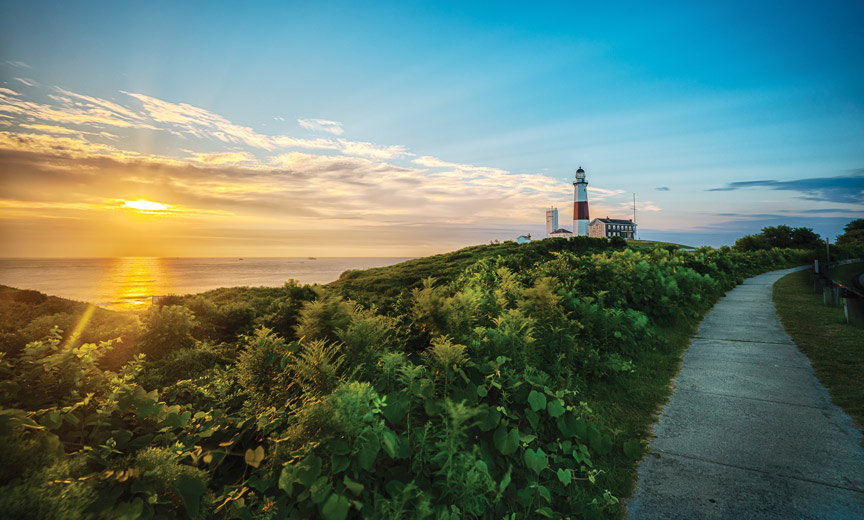 Whether you have a three-day weekend on the horizon or you’re looking to make the most of a few unaccounted for vacation days, you know you deserve a break. But just because you don’t have enough time to wing your way to Angkor Wat or skip off to Stonehenge doesn’t mean you can’t get away. Call in on Friday and (cough, cough) maybe even Monday, then pack a duffel bag and give yourself the gift of a long weekend vacation. There’s plenty of weekend options where you can fly of course, but sometimes it’s more fun to gas up the car and go.

Barely two hours south of Staten Island, Atlantic City’s flashing lights and bustling boardwalk lures visitors from up and down the Eastern Seaboard and beyond. Gamers flock to big casinos like Borgata Hotel Casino & Spa, Caesars at Atlantic City, Harrah’s Resort at Atlantic City, Tropicana Casino Resort and the Hard Rock Cafe there . These resorts are more than just slots and craps, of course. Celebrity chefs like Michael Symon, Gordon Ramsay and Guy Fieri devise high-end meals for visitors and top-notch entertainers raise the roof and bring crowds to their feet. Recent months have found names like Mariah Carey, Fleetwood Mac  and Patti Labelle on the marquees around town.

The annual Miss’d America Drag Pageant at the Borgata is a safe bet for a fun weekend trip. Queer Eye For the Straight Guy (the original) breakout star Carson Kressley is often called upon to host this glitzy pageant that has raised hundreds of thousands of dollars for LGBT charities since its inception.


Looking for a bit of history on your vacation? The Absecon Lighthouse, first lit in 1857, rises 171 feet from the beach and offers breathtaking views of the Atlantic City skyline. Lucy the Elephant, constructed in 1881, is located in Josephine Harron Park and listed on the National Park Registry of Historical Landmarks. And the Steel Pier, located directly on the boardwalk, has offered laughter and thrills since it was founded in 1898 with rides, games and a variety of special attractions. 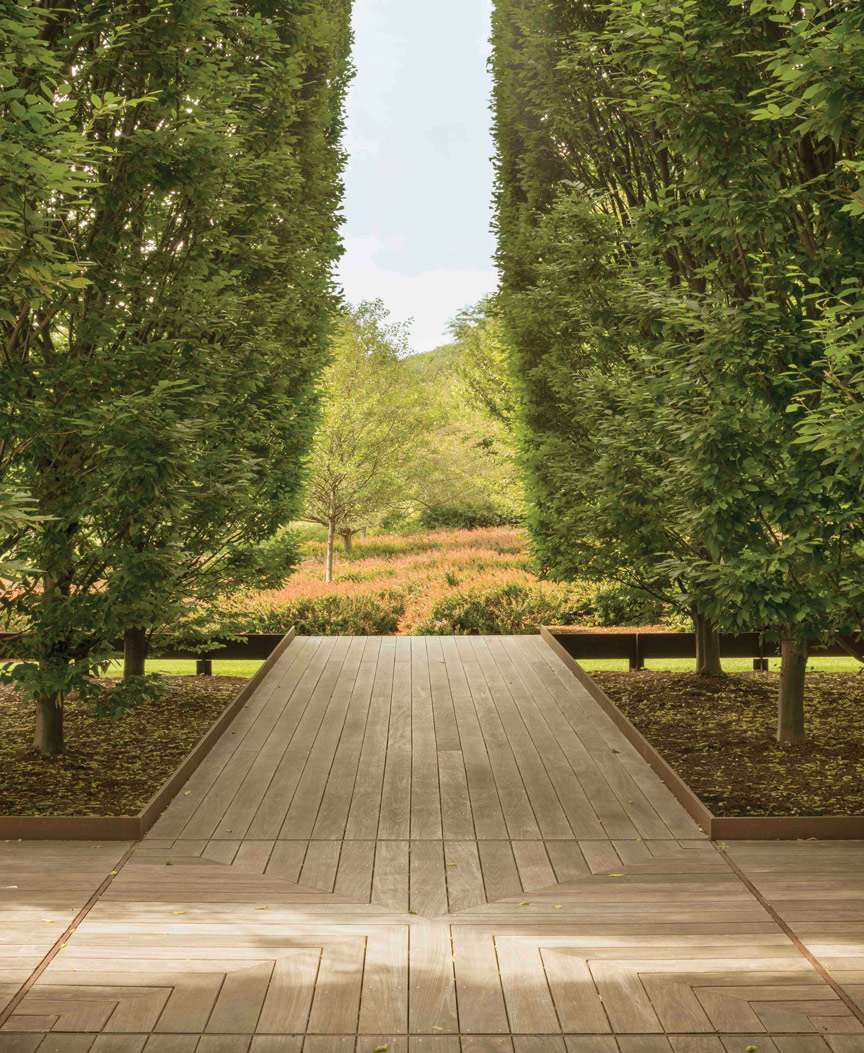 Beacon has long been a draw for weekend excursions, but it was the Dia:Beacon museum that put the town on the art world’s must list.

Dia was founded by Philippa de Menil, Heiner Friedrich and Helen Winkler in 1974 with an intent to assist artists working on “visionary projects that might not otherwise be realized because of scale or scope.” Dia’s site-specific installations and works can now be found in NYC, out west, in Germany and (naturally) here in the extensive galleries of Dia:Beacon.

Founded in May, 2003, Dia:Beacon beckons from a former Nabisco box printing factory on the banks of the Hudson River in Beacon, New York. A trip to the museum is a rare opportunity to marvel at Dia’s extraordinary collection of artwork, ranging from the 1960s to today. This is an especially exciting year to visit Dia:Beacon due to an expanded presentation of the work of Dorothea Rockburne, an installation of Andy Warhol’s Shadows and the first North American retrospective of Charlotte Posenenske. This summer the venue will reinstall works by Donald Judd and a site-specific display by acclaimed color field painter and lyrical abstractionist artist Sam Gilliam.

But the Beacon’s artistic reach extends beyond the walls of its noteworthy and kitschy former Nabisco factory home. If your weekend adventure falls on the second Saturday of the month, you’re in for a treat as Second Saturday is a city-wide celebration of the arts. Most galleries and shops stay open until 9pm and locals hop from gallery to gallery, stopping at spots like Beacon Fine Art Gallery (innspabbeacon.com), Bannerman Island Gallery (bannermancastle.org), beacon artist union (baugallery.com), Howland Cultural Center (howlandculturalcenter.org), Hudson Beach Glass House (hudsonbeachglass.com), Riverwinds Gallery (riverwindsgallery.com) and more. These galleries and several others are joined by a variety of unique shops, eateries, wine bars and coffee shops on and around Main Street.

Looking to get beyond the galleries and shops and into nature? Look to Mount Beacon. The coolest part about the hike? There are old casino ruins at the first overlook. (Yes, old casino ruins!) On Memorial Day, 1902, Otis Elevator Company and Mohawk Construction opened the Mount Beacon Incline Railway. The top of the railway included the Beaconcrest Hotel, Casino and a railway powerhouse station. A series of fires consumed all buildings at the overlook — and eventually the railway itself. The remains of the historic Incline were conserved by Scenic Hudon in 1995. The Mount Beacon Trail is an 8.2 mile trail that passes the casino ruins, features a waterfall and ascends to an elevation of 2,398 feet. A trip to Bannerman’s Castle (bannermancastle.org) on Pollepel (or Bannerman Island) provides an opportunity to step back in time. The castle was originally constructed as an arsenal to store old war weapons, explosives and war relics. After the island was sold to New York State in 1967, the castle burned down in a fire a year later. Storm King Adventure Tours (stormkingadventuretours.com) offer a kayak guide and tour of the island with a Bannerman Castle Trust historian. 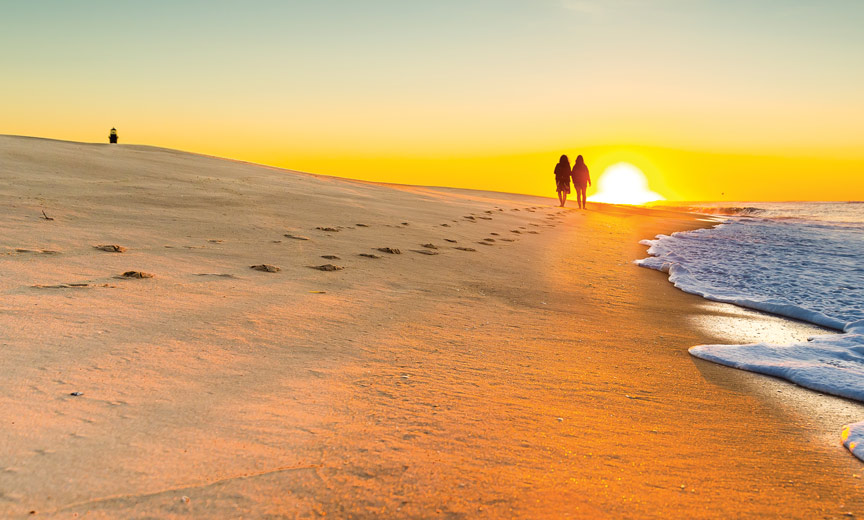 What’s the summer gay destination closest to the New York metropolitan area? Fire Island, of course. A storied sandy sanctuary for the LGBTQ+ community, Fire Island extends roughly 31 miles and is an outer barrier island extending along the coast of Long Island. Gay people have enjoyed taking the ferry from Sayville for decades now.

When looking at a weekend trip to Fire Island, it’s essential to choose a home base between Cherry Grove and Fire Island Pines. The Pines (pinesfi.com) offers good fun — like drinks and dancing at the Sip N Twirl or the Pavilion; Low or High Tea mischief and incredible drag performances at the Blue Whale. Don’t have a share on the island? Not a problem! Plan ahead and you can rent a fabulous beach house (or a room in one), or opt for a hotel like the Madison Fire Island Pines (themadisonfi.com), the Grove Hotel (grovehotel.com) or the clothing-optional Belvedere Guest House for Men (belvederefireisland.com). Across the Meat Rack (we’ll get into that later) there’s Cherry’s on the Bay, The Island Breeze and the Ice Palace — where drag queens like Tina Burner, Honey Davenport, and Yahua Hamasaki have all held court as “Miss Fire Island.” If you’re a fan of Logo TV’s 2017 reality series Fire Island, keep your eyes peeled at the Pines, where cast members Khasan, Jorge, Cheyenne, Justin, Patrick, and Brandon famously shared a beachfront house in the summer of 2016.


Fire Island is not completely gay, of course. There are some seventeen communities on the island. Saltaire, Davis Park, Ocean Beach, and a variety of Island places are not really a draw for the community. But they’re perfectly fine to visit. A day trip to the Sunken Forest is lovely, of course. However, if you’re looking to get down with our community, you need to head to Cherry Grove or the Pines, period. There’s mayhem to be had at Daniel Nardicio’s Underwear Party (don’t worry, what happens at the Underwear Party stays at the Underwear Party).  And “Invasion of the Pines” is a throwback to the summer of 1976 when a Fire Island restaurant wouldn’t let a drag queen stay. As sweet revenge, every Fourth of July hundreds of drag performers storm the Pines — reenacting the “invasion” that the queen and her friends had on the restaurant after the incident. The Fire Island Weekend to end all Fire Island Weekends is the Pines Party, of course. This summer’s Pines Party (pinesparty.com) will be from July 26-28 and feature an epic all-night beach party to remember.

Don’t worry, we didn’t forget the Meat Rack! The trail extending between Cherry Grove and the Fire Island Pines (known officially as the “Judy Garland Memorial Pathway”) got its Meat Rack reputation because of the sheer number of casual … ahem… encounters that take place on any given night. “Summer lovin’, happened so fast,” indeed. 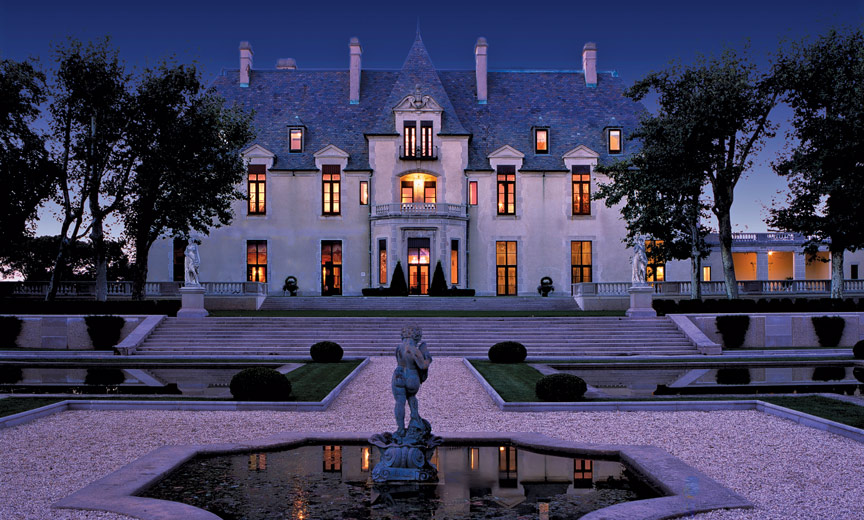 Live your Jay Gatsby fantasy on an long weekend to the Gold Coast of Long Island, which F. Scott Fitzgerald described as the East and West Eggs. Zelda and F. Scott Fitzgerald moved to a modest house in Great Neck, Long Island to avoid big city prices. The lavish “Gatsby-style” parties at the nearby Gold Coast mansions inspired his literary masterpiece. A weekend stay at the majestic and storied Oheka Castle (oheka.com) will transport you back to the opulence and decadence of the Roaring Twenties. Feel like Daisy Buchanan as you wander the castle halls for a few days! Oheka Castle has appeared in dozens of movies and television shows including the classic Citizen Kane, The Emperors Club, The Americans, Gossip Girl, The Royal Pains and Madam Secretary. Chateau rooms at the castle start at just $395/night.

In Oyster Bay, Sagamore Hill National Historic Site (nps.gov/sahi) was considered “the Summer White House” when Theodore Roosevelt was President. Roosevelt lived at Sagamore Hill from 1885 through 1919 and the building was listed on the National Register of Historic Places in 1966. While you can’t book a room at Sagamore Hill, you can book a guided tour to explore the home, which recently underwent a $10 million restoration. Survey Roosevelt’s private collection of books, taxidermy and curiosities. Nature lovers also have plenty to do and see in the greater Oyster Bay area with what’s on offer at the Oyster Bay National Refuge and the Waterfront Center.

Further out on the island, Montauk is considered one of Long Island’s crown jewels by locals and visitors alike. Known for beaches like storied Ditch Plains, the quaint village draws surfers, celebrities and sun seekers galore. The Montauk Point Lighthouse, completed in 1796, offers a 360° view of Block Island Sound and the Atlantic Ocean. Get out and explore the sandy beaches at Hither Hills, Montauk Point State Parks, and the former military base at Camp Hero State Park. Deep Hollow Ranch (deephollowranch.com), the oldest working ranch in the United States, stills thrives on thousands of coastal acres in Montauk. Go for a beach ride along the white sandy beaches and channel your inner cowboy.

Want to explore the greater Hamptons? Get extra bougie at John Steinbeck and Truman Capote’s famed hangout Baron’s Cove in Sag Harbor or head to the National Historic Landmark Pollock-Krasner House for a little culture and abstract expressionism in East Hampton. Have the munchies? Head to Tate’s Bake Shop in Southampton and get a taste of their scrumptious cakes and an extra fresh green bag of those craveable crisp buttery cookies.