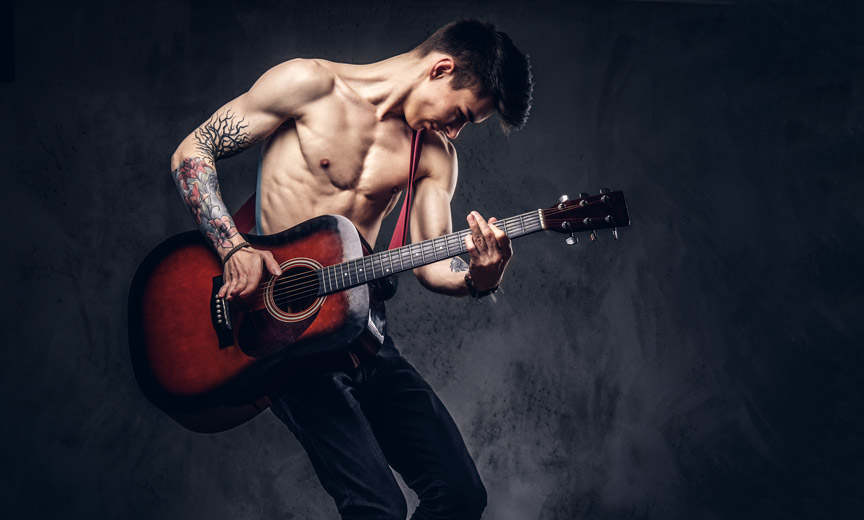 What are the 5 movie music moments of 2019 you need to see? It was a banner year for standout song performances in award-worthy feature films. These often arose from the most unexpected circumstances. From cats to clowns to crooners, this list has it all.

Joaquin Phoenix Sings “Send In The Clowns” in Joker

The R-rated, smash-hit, comic book riff Joker took audiences by surprise with its billion dollar take at the box office. One standout moment was this unforgettably dark, ironic rendition of the Grammy Award-winning A Little Night Music gem. (Though it certainly feels much more like Sweeney Todd than Desiree Armfeldt.)

Elton John is arguably the most recognized and LGBTQ musician of the modern era. It seems like he’s racked up every award imaginable over his 50-year career. Yet, it took more than a decade for his biopic to make it to the silver screen. Nevertheless, rising star Taron Egerton made it worth the wait. Plus, he does all his own singing – and, as this standout tune showcases – fighting, too.

Cats may have become something of a punchline since its 1981 stage debut. But Andrew Lloyd Webber’s fantastical riff on T.S. Eliot is finally pussyfooting its way the big screen. And it’s stuffed to the brim with A-list talent. Even all-time greats Dame Judi Dench and Sir Ian McKellen among its corps. Plus, an eerie new song has been created for the film by featured player Taylor Swift Lord Lloyd Webber himself.

Renee Zellweger Sings “Somewhere Over The Rainbow” in Judy

Judy Garland remains one of the gay community’s most essential icons. That status is nodded at in this emotionally-charged cinematic portrait of the final months of her life. (And it came out just in time for the 50th anniversary of her death!) The film is spearheaded by a jaw-dropping leading performance by Academy Award-winner Renee Zellweger. Thus it appears as though the divine Ms. Z may find Oscar gold at the end of the rainbow again in 2020.