Written by Hedda Lettuce| May 2, 2019| Columnists and Letters, Gay Voices 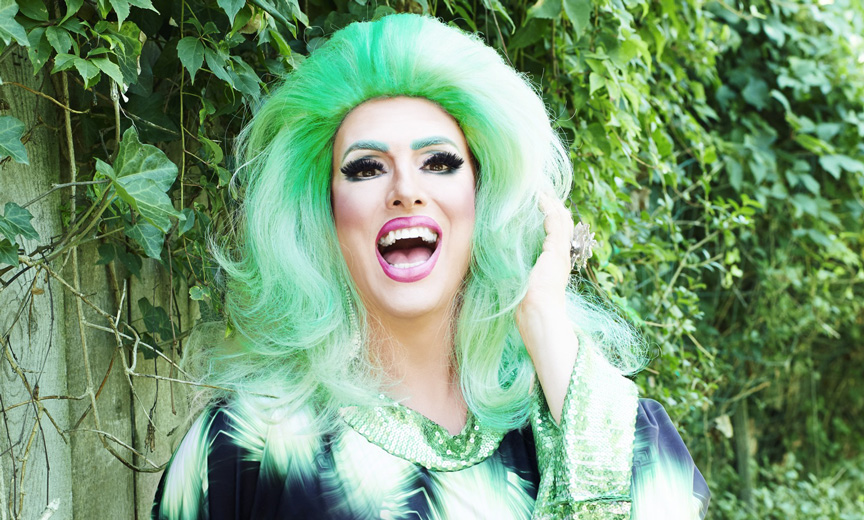 LGBTQ people often think of Pride as a place: a parade, a festival, a party. And for some of us, that energy can eventually become overwhelming. But, even as she attempted to escape the crowd, divine drag entertainer Hedda Lettuce found a unique way to celebrate the spirit of Pride.

I Hope The Parade Passes By

Whoever said “I love a parade” was not speaking for me. Don’t get me wrong: I’m not a parade hater. There are many other things in this world that irritate me more: climate change naysayers, income inequality, Lady Gaga and Tony Bennett’s duets album. But after many years of participating in parades as either an onlooker or a fabulous drag queen on a float, I have what some physicians might diagnose as “parade burnout.”

Sometimes when I tell people that I’m not going to the Pride Parade, they go into apoplectic shock. “What do you mean you are not going?” they ask. “Where’s your sense of Pride?!”

Do they think my lack of participation is supposed to make me feel shame? Can’t a person choose to do something else that day and still take pride in being gay? Their follow-up comment is usually, “I guess you’ve just been around too long, and you’re jaded now.” Well, then, I guess that means it’s time to take me out back and shoot me like a sick, old horse.

Frankly I don’t believe it has anything to do with age. I know many gay men over the age of 40 who still love squeezing into a pair of tight shorts and covering their shirtless selves in glitter to go hoot and holler from the sidelines of the parade route. Then again, I also know 20-year-olds who would rather spend the day celebrating in Central Park by having a nice picnic lunch with a few friends.

I think how you choose to celebrate Pride is a very personal matter. The way I chose to celebrate one recent year comes to mind. (Cut to the obligatory flashback sequence where I appear infinitely younger.) As Pride weekend approached, I knew I wanted to do something different. As I had invested in a share on Fire Island, that seemed like the obvious destination. So I packed myself up on the Sunday morning of Pride for the Holy Land.

The journey is not an easy one. For those unfamiliar, it involves a cab to a train to another train to a shuttle to a ferry. All that’s missing is the hounds nipping at your heels. And to make matters worse: I do not pack light. By the time my foot finally landed on the boardwalk, I was ready to fall to my knees and kiss the ground. (I was also ready to checking whether the ferrymen had gently unloaded my steamer trunks so as not to damage my finest china).

After settling in, I headed out for a late afternoon barbecue with friends. It was a small, simple affair without anything like the usual Pride bells and whistles. My friend’s garden was lovely: fragrant with the smell of cooking food and red wine. The conversations were lively; the hors d’oeuvres were delicious. Before the meal, we raised our glasses to make a toast.

Read Next | What Did Tommy Bracco Really Look Like Before “Big Brother”?

By the time it was my turn, I — who had been the first to roll my eyes — also became the first to have a tear roll from my eyes. I had not expected to get choked up hearing what my friends felt prideful about but there I was — as emotional as I’d been at my very first Pride.

I looked at my friends and said, “I feel proud to be part of such a diverse and fabulous community, and it doesn’t matter whether we’re spending Pride in New York City or on Fire Island or at some cabin up in Maine. What matters is that I am celebrating Pride with people I love.”

As clichéd as it may sound, Pride is where the heart is. And, at least that year, my heart was on Fire Island marching to the beat of a different drummer.

You can learn more about Hedda Lettuce (aka Steven Polito) here, and read about the time animal rights activists hired Hedda to cause a stir at an awards show here.

Wanna know when we publish more stories about LGBTQ people living their best lives? Sign up for MetroEspresso.