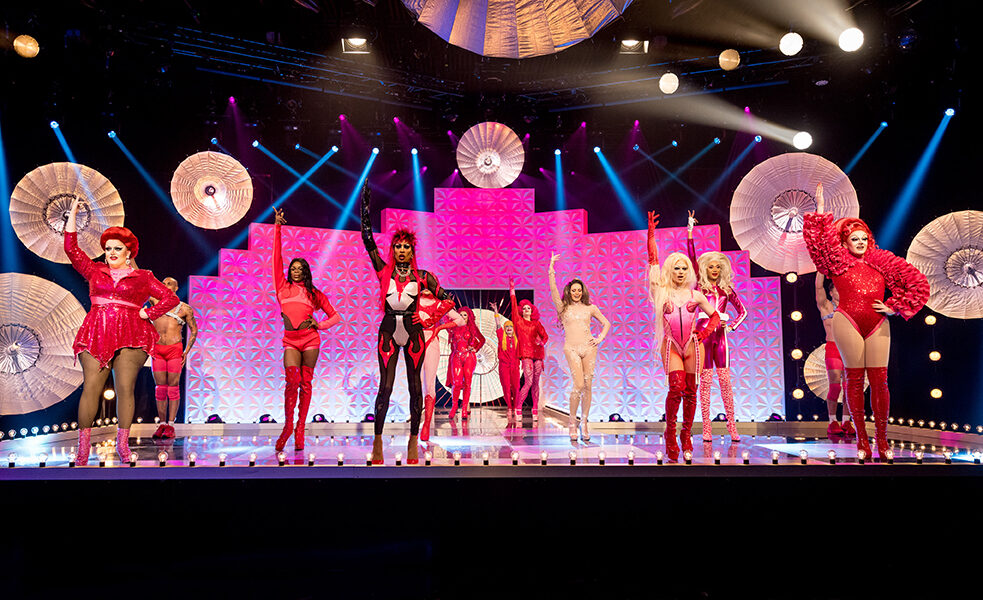 It’s the grand finale of another gag-worthy season of RuPaul’s Drag Race UK!  The top four finalists – Tayce, Lawrence Chaney, Ellie Diamond, and Bimini Bon-Boulash – walked the runway one last time for a chance to be crowned the UK’s next Drag Superstar. Michelle Visage, Alan Carr, and Graham Norton joined Ru on the final judging panel.

The top four kicked off the final episode writing their own verses to RuPaul’s iconic song “A Little Bit of Love.” Legendary choreographer Jay Revell returned to help with the dance moves for the performance. Before they hit the stage, each Queen got a chance to sit down with Michelle and Ru to look back on their experience this season.

The Queens debuted “A Little Bit of Love UK,” welcoming back their former contestants for a grand finale. The top four served stunning lewks on the runway for today’s theme of “Final Four Eleganza-Extravaganza.” 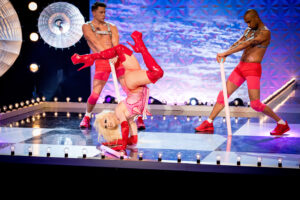 “I am East London’s bendiest queen.” 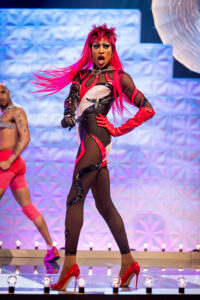 “I want to be the next Tom Jones, Shirley Bassey or Catherine Zeta Zones, and give ‘em the razzle dazzle.” 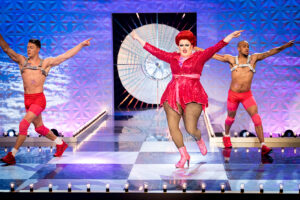 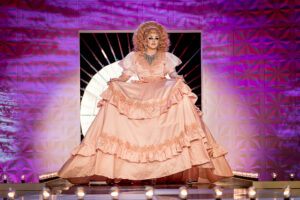 Each finalist had an opportunity to share why they deserve to win after giving advice to their younger selves. The season two sisters all reunited in the final Untucked as the judges deliberated. Ellie Diamond was asked to sashay away leaving Tayce, Bimini, and Lawrence to lip sync for the crown to “I’m Still Standing” performed by Elton John. 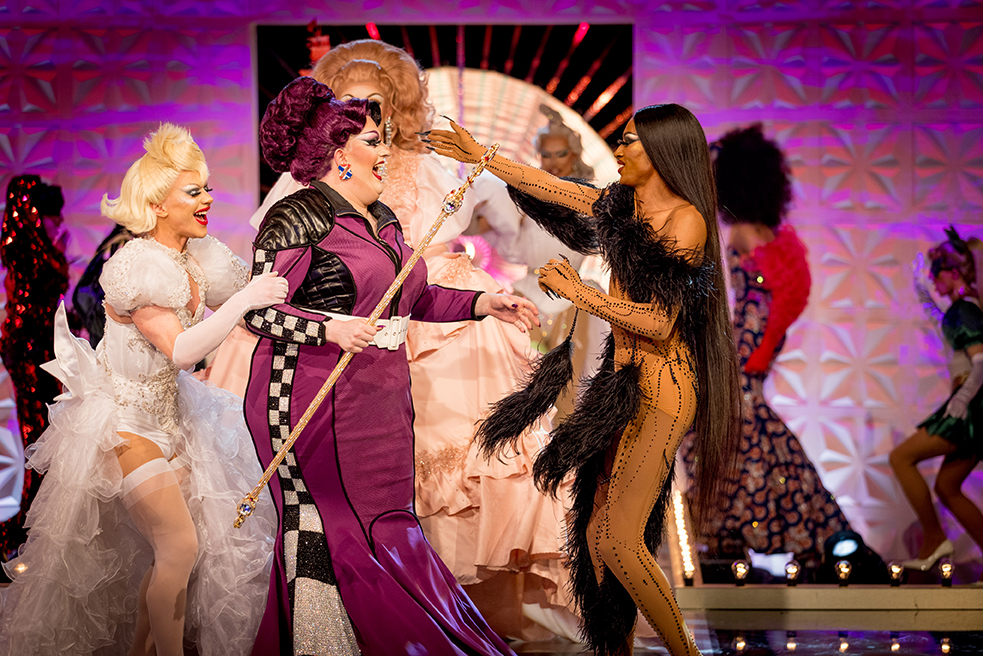 Where are you from?

LC: I’m from Glasgow and every single stereotype that you are thinking right now about a Scottish person is, is true for me! I love Irn-Bru, and a caramel wafer. I’m almost the Austin Powers “fat bastard” of drag! I think of my Scottishness as an asset. I am definitely very proud to be Scottish and Glaswegian.

England has a very rich history of drag, but as the drag scene in Scotland, is fairly new, the pay is dreadful. If you want to take up drag here, God help you – you’ll be living off noodles and cobwebs!

Where does your drag name come from?

How would you describe your drag look?

I am a mix of Rab C. Nesbitt and Susan Boyle! I take a lot of pride in my appearance. I want to look fierce! I make most of my own costumes. I do my own hair and makeup. I even make my own hip pads.  I do it all, and I take huge pride in being literally self-made.

I love anything pastel coloured. My favourite colour is purple. If it reminds me of a chocolate bar, then I’m there.

Who or what inspires your drag?

I am inspired by worldwide legends Lady Gaga, Madonna, Michelle MacManus – a big shout out for Michelle! I also love kitschy sci-fi and horror nerdy things. I often look like some kind of alien out of Dr Who.

And my drag is always silly. I started drag about six years ago, I loved seeing RuPaul looking so glamourous, but also so funny and ridiculous. I wanted to emulate that. I love walking onto a stage looking fabulous and then being daft. I’m here to bring you comedy and tinkle your funny bone! It brings me so much joy.

Why did you choose drag?

I was always a very arty kid, playing around with makeup hair and barbie dolls and when I approached thinking about Uni and study, nothing really spoke to me…apart from drag.  I realised that not only did drag fully encompass all of my passions and skills, it gave me license to be fabulous – so I went for it! For me drag is pure escapism.

It’s magical! In a world with so much hate and abuse for being different, this show celebrates difference. How amazing!  Also, I want to realise my dream of being a plus size supermodel from South East Glasgow.  I want to set a precedent.  I really want to show the world what this big diva can do. We can look fierce, wear high fashion too, not every joke needs to be a fat joke. 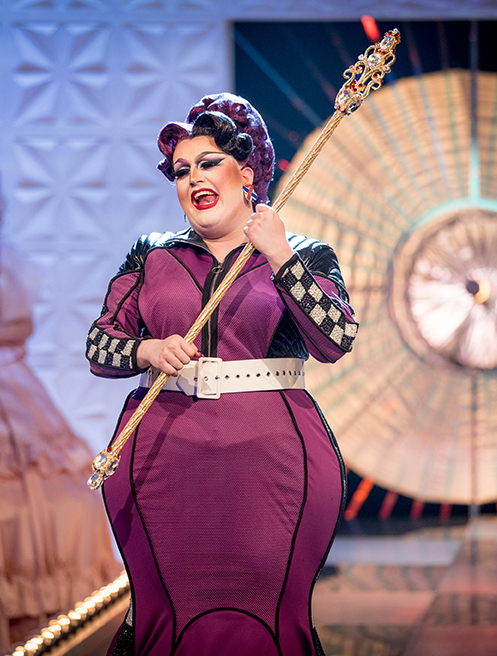 CONGRATS Lawrence on taking the crown! 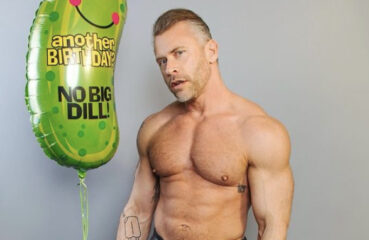 This Is 50? Happy Birthday, Terry Miller!

Forgive us for being blunt, but ageism is wildly idiotic. When someone judges an older person or discriminates against them, it’s like they have no concept of time and its... 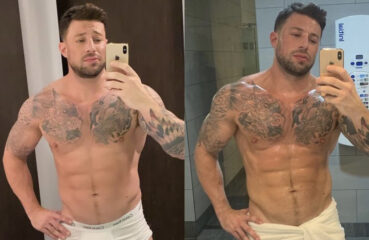 Duncan James is fearless. He has fended off millions of adoring fans, he has overcome homophobia on an epic scale, and he even vanquished a gallon of milk as it cascaded down his...