A Review of the Film Adaptation of “The Last Five Years” 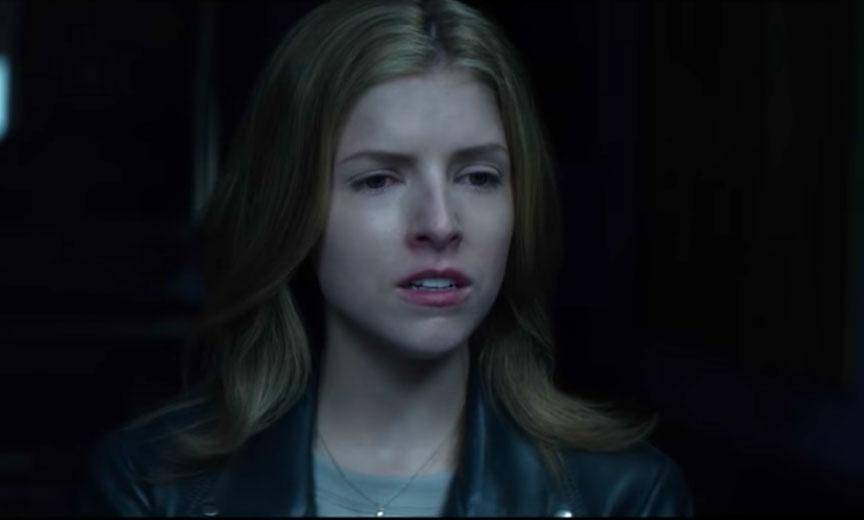 A review of the film adaptation of The Last Five Years starring Anna Kendrick and Jeremy Jordan, directed and adapted for the screen by Richard LaGravenese from the musical by Jason Robert Brown.

The Last Five Years is a beautiful, intimate film that starts at the beginning and end of a relationship. Fair warning to those not familiar with the musical on which it’s based: most of the piece is two people singing through the highs and lows of their love; so don’t expect a lot of dialogue or much development of peripheral characters. Though LaGavenese does a great job opening the world of the characters and using the magic of cinema to visually quote great cinematic musicals such as The Sound of Music.

The way the piece tackles time is tricky. To put it as simply as possible, the film alternates between telling HER story (starting from the break-up and then moving backwards in time to the beginning of their relationship) and HIS story (which moves forward from their hottest days to their coldest). Though you could try to rigidly keep track of what already happened versus what has yet to happen to each character, at some point it becomes easier at the beginning of each new sequence to simply accept that you’re about to move through a pivitol period in their relationship which will offer new insight into either what brought this couple together or tore them apart. To borrow a turn of phrase one of the show’s most beautiful duets — share this couple’s life for the next ten minutes, and if you make it ’til then, let them ask for another ten.

And what a couple! As aspiring actress Cathy, Anna Kendrick is luminous – the shrill, porcelain princess of her Cinderella in “Into the Woods” is here replaced by a performance that’s rounder and fuller. Kendrick is in terrific voice, but what really impressed me were her comedic chops. Her songs detailing the indignities of low budget theater (“Summer in Ohio”) and the audition process (the expectation-defying reprise of “When You Come Home to Me”) are high points. Meanwhile, Jeremy Jordan brings so much charisma and empathy to his portrayal of hotshot writer Jaime, you can almost forgive the character for getting a bit over-involved in the perks of fame.


Are there problems with the piece? Well, Jaime is written with a kind of everyman, nebbish quality. While Jordan, as usual, reads like an impossibly gorgeous sex god. Thus, some of the culturally specific expressions that pepper his lyrics land with a thud. It also seems extra-bizarre when he puts on a Tevye-in-Fiddler-on-the-Roof voice for a storytelling number (“The Schmuel Song”). But would it have been better to not cast Jordan, with his amazing voice and almost-uncomfortably good looks? I don’t think so. Similarly, it’s occasionally hard to believe that the entire theater world could be so blind to the goodness of Cathy, considering she comes equipped with Kendrick’s own movie star magic. But perhaps the piece’s only real flaw is that – due to all the time flow trickery – you’re not quite sure when to expect it to end. So a song or two before the finale, you may start wonder exactly how much more falling in and out of love you’ll be presented.

However, that does not undercut the effectiveness of the finale, in which we see Jaime (in the present) writing the relationship-dissolving note that left Cathy in tears in the film’s opening scene and Cathy (in the past) exulting in the afterglow of their first lovemaking. The juxtaposition of first blush and last sigh, of hopeful beginnings and unfortunate endings, is heartbreaking, and the film’s final moment packs a wallop because of all the joy and pain that led to it.

Part of what I liked about the piece is that I didn’t walk away blaming the relationship’s failing on him being a cad (though he certainly is) or her being unable to handle his success (though she certainly couldn’t). Instead, it feels like a story about how hard it is to be two artists sharing a life in which one artist is facing the constant grind of rejection and the other is being buoyed by preternatural success. The sequences where the timeline moves forward show us how good they were when they still understood each other; the parts where the timeline moves backward show us how that stopped.

Musical theater fans will be pleased to see the piece’s masterful composer and lyricist Jason Robert Brown make a cameo as a pianist and Sherie Renee Scott (who originated the role of Cathy) briefly show up in a theater holding auditions. Full Disclosure: I first learned about this project when I was interviewing Richard LaGravenese about the script he had written for HBO’s Liberace biopic Behind the Candelabra. When he told me that he’d be adapting the The Last Five Years, I had the dual reactions of “That’s incredible!” and “Is that possible?” LaGravenese and company have created a film that proves it is not only possible but also that the results are incredible.

The excellent cast recording is available through Sh-K-Boom records.

Were you familiar with The Last Five Years before this film adaptation? If you’ve seen it, what did you think? Let us know in the comments below.

Looking Recap: Looking Down the Road (2.4)

Previously, on Looking… Dom became a gay rugby player and bitched out Quantum Lynn hard for doing hateful things like try to help him get a better job. Patrick and Hot British...

Paul Hagen is almost as traumatized by Looking Season Two, Episode Five as Richie was by his childhood. Previously on Looking… Dom was SHOCKED that Quantum Lynn couldn’t...