Not As Gay As It Used to Be, But Still Worth a Visit: San Francisco 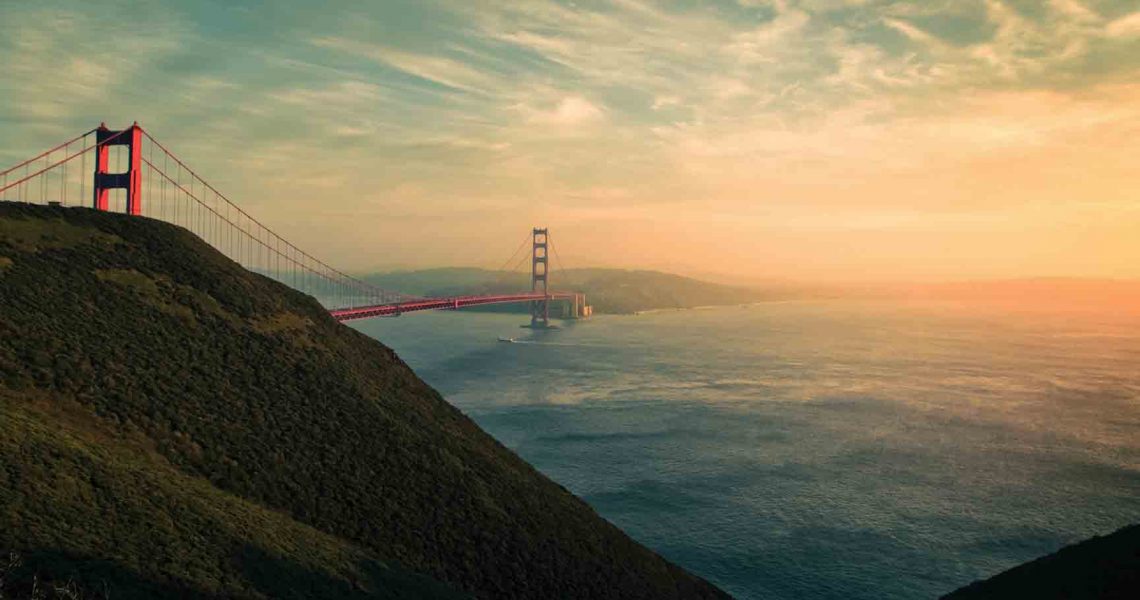 We head to the Bay Area in search of cinema-worthy settings, celeb-quality accommodations, and even check out a low-key little sports event known as “The Super Bowl.”

Whether you’re tucked into a curtained, private booth or seated in the low-lit dining room at Sam’s Grill (samsgrillsf.com), it’s likely that you’ll feel as if you’re awaiting the entrance of Humphrey Bogart. For decades, San Francisco has provided such incandescent settings for classic Hollywood films. Today, in addition to the perilously steep streets, picturesque Victorians and mist-shrouded bridges here, you can also still find settings from Alfred Hitchcock’s Vertigo including the Legion of Honor, Mission Dolores and Fort Point — which still mirror their appearances from the iconic 1958 film.

With 43 named hills punctuating the 49–square mile city, San Francisco offers a panoply of extraordinary panoramic views. Some of the most spectacular are from Loews Regency San Francisco (loewshotels.com/regency-san-francisco) in the Financial District. A longtime favorite of the rich and famous — both today and under its former moniker as the Mandarin Oriental, it’s located on the top 11 floors of the third-tallest building in San Francisco. The 40th-floor Sky Deck offers Saturday yoga for breathtaking sun salutations in front of a vista you might recognize from the opening credits of Dirty Harry.

Originally designed as condominiums, the hotel’s spacious suites with their coffered, silver-leaf ceilings are situated at 45-degree angles, insuring postcard-perfect views of the Golden Gate and Bay Bridges and Alcatraz Island — which should look familiar from X-Men, Birdman of Alcatraz and The Rock.

Other local cinematic spots include San Francisco’s City Hall, which has been featured in Raiders of the Lost Ark and A View to a Kill. Then search for the Pacific Heights residence of Mrs. Doubtfire (2640 Steiner Street at Broadway) or follow the streets that Steve McQueen careened down in his ‘68 Mustang in Bullitt
(rjsmith.com/bullitt-locations.html).

One of San Francisco’s most opulent private residences is the 55-room Spreckels Mansion (2080 Washington Street) in Pacific Heights, built in 1912 by sugar magnate Adolph Spreckels, which now belongs to the reclusive superstar novelist Danielle Steel — who relies on the property’s famously gargantuan hedge to protects her privacy.

For a more accessible glimpse of fame, fans of Full House head to Alamo Square for the row of Victorians called the “Painted Ladies” that was made famous in the series’ opening credits. The actual address of the home of the fictional Tanner family (and arguably San Francisco’s most iconic spot to Instagram) is about a mile’s walk away at 1709 Broderick Street.

Those who wish to sleep in the same digs as boldface names such as Marlene Dietrich, Mick Jagger, and JFK might consider the 6,000–square foot Art Deco Penthouse Suite at The Fairmont atop Nob Hill. The legendary hotel is also where Ronald Reagan and Mikhail Gorbachev convened in the two-story circular library with gold-leaf ceiling.

Free to Be You and Me

For years, gay and lesbian people have been climbing the wooded walkway to Macondray Lane, the Russian Hill inspiration for Barbary Lane in Armistead Maupin’s beloved Tales of the City series. Self-guided tours are readily available for those who want to walk in the footsteps of Maupin’s characters. Meanwhile, those who lived and loved vicariously through the misadventures of HBO’s Looking can follow in the boys’ footsteps from the Castro to Dolores Park.

Years ago, a popular postcard depicted Dorothy and her gang from The Wizard of Oz following the yellow brick road to the skyline of San Francisco. It’s no wonder: For much of its modern history, San Francisco has been designated the “gay capital of America,” a sobriquet first bestowed on it by Life magazine back in 1964.

As the heart of that capital, the Castro recently completed a makeover marked by rainbow-colored crosswalks. Much of the award-winning film Milk was filmed in the neighborhood, which was the San Francisco home of groundbreaking politician Harvey Milk. Today, the Rainbow Honor Walk features bronze plaques along the sidewalks in honor of LGBT heroes and heroines, including local luminaries such as Sylvester and Randy Shilts.

On 18th Street, the GLBT History Museum chronicles the city’s queer history in the nation’s first such museum with a gallery that includes exhibitions on Milk, José Sarria (aka “Absolute Empress I de San Francisco”) and Jiro Onuma, a Japanese immigrant who created visual documentation of same-sex intimacy in Japanese-American incarceration camps.

Built in 1922 in a Spanish Colonial Baroque style, the Castro Theatre is famous for its Art Deco chandelier, as well as a Mighty Wurlitzer organist who opens every double feature and sing-along screening. Each April, the gloriously ornate theater also hosts the San Francisco International Film Festival (SFIFF), while the first Sunday in October brings The Castro Street Fair, a street celebration founded by Milk in 1974. 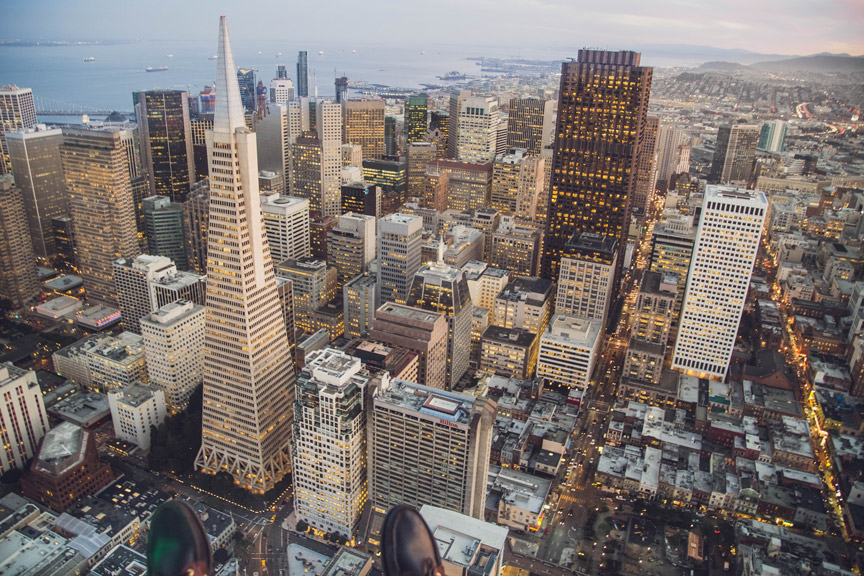 Photo by Jared Erondu on Unsplash

Down the hill in North Beach where the Beat
Generation left their bohemian mark, the Italian-American neighborhood brims with cafes such as Trieste (caffetrieste.com) where Francis Ford Coppola wrote the screenplay for The Godfather, plus landmark saloons like Vesuvio where Jack Kerouac and his posse rewrote the definition of American youth.

Few neighborhoods in the world are more associated with youth than Haight-Ashbury, which is where you’ll find the former residences of the Grateful Dead and the colonnaded mansion of Jefferson Airplane, which was once painted completely in black.

Super Bowl 50 arrives in February 2016 at Levi’s Stadium with a promise to be the most spectacular championship game in NFL (and American) history. For us, this begged the question, “Bigger than Madonna, Beyoncé, Janet Jackson and Katy Perry?” Indeed, they’re all hard acts to follow and in the lead-up to the big game, pop culture forecasters guessed that the halftime show could feature anyone from Taylor Swift to Britney Spears to The Voice star Adam Levine reunited with his band Maroon 5. But by the end of 2015, the confirmed roster include Bruno Mars and Coldplay — though that does not necessarily rule out possible guest appearances by any or all of the above.

Dubbed the “Golden Super Bowl” for its 50th anniversary and Golden State setting, the championship game will attract more than 1 million people and more than $2 million worth of ancillary events, including the NFL Experience at the Moscone Center and “Super Bowl City,” an immersive exhibition held along The Embarcadero. In the spirit of Silicon Valley philanthropy, the Super Bowl 50 Host Committee has pledged that 25 percent of every dollar raised will be invested in Bay Area nonprofits through 50 Fund, whose mission includes closing the opportunity gap for low-income communities and actively seeking LGBT business involvement.

Even if you have yet to visit Santa Rosa, it’s possible that you’d recognize Sonoma County’s largest city, which has been a longtime favorite of Hollywood filmmakers for its bucolic wine country atmosphere. Natalie Wood shot her first movie here at age four, and Bette Davis once spent six weeks here on location — in the library, no less. (Talk about more than a few bumpy nights!) And great filmmakers from the aforementioned Hitchcock to the Coen Brothers have featured Santa Rosa’s historic downtown — including the Empire Building and Railroad Square.

Located about an hour north of San Francisco, Santa Rosa is a haven for oenophiles. The idyllic DeLoach Vineyards (deloachvineyards.com) — part of the Boisset Collection, leading wine producer in Burgundy — offers tours of its 20-acre organic farm and biodynamic gardens. If you can swing it, don’t miss a chance to sip in the wildly ornate private tasting room outfitted in the spirit of James Bond and Lady Gaga. And amidst the red leather opulence of Stark’s (starkrestaurants.com), well-heeled patrons mingle, looking like extras in a film noir by Billy Wilder. For those seeking a weekend of wine revelry, Out in the Vineyard (outinthevineyard.com) hosts the three-day Gay Wine Weekend each June, which includes tastings, music, dancing, champagne brunch and a pool party.

Thus ends our star-studded spree through some of this storied region of central California. Perhaps famed area journalist Herb Caen sums the place up best: “One day if I go to heaven … [I’ll look] around and say, ‘It ain’t bad, but it ain’t San Francisco.’” 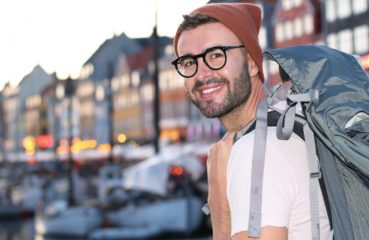 The American ambassador to Denmark introduces us to the unique hospitality of Copenhagen, where visitors can walk in the footsteps of The Danish Girl. One of the more popular... 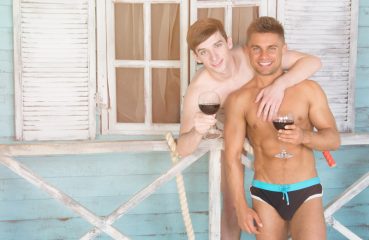 This Is What 13 Experts Want LGBTQ Travelers to Experience

We asked 13 travel experts what their favorite destinations had to offer LGBTQ visitors, and – ooh, honey – they rolled out the pink carpet! Where Did We Find These...