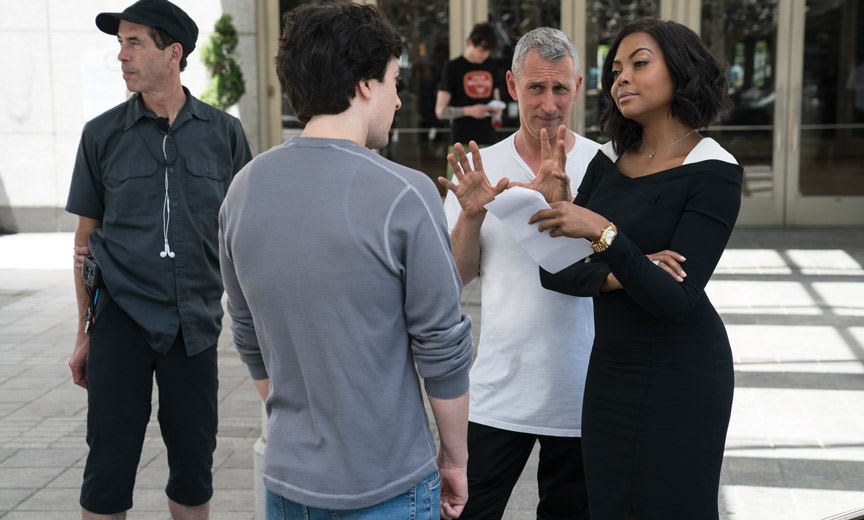 “Let us Guess: you probably best recognize the multi-talented entertainment mogul Adam Shankman from his judging stints on So You Think You Can Dance. But when we caught up with the dancer-turned-director, he was fully immersed in both the Taraji P. Henson-led comedy What Men Want  and the Amy Adams musical sequel Disenchanted.

METROSOURCE: You have so many irons in the fire. What Men Want is out in February and then you’re off to Disenchanted.

Adam Shankman: While I’ve been incredibly fortunate to get to work on so many great projects, the truth is that until I’m in production on something, I spend a lot of my time on the million things that need to happen in order to get a project made. That remains a huge challenge in our industry, even with the emergence of so many platforms and creative outlets and the increased opportunity they provide. The economics of getting a project off the ground have radically changed from the time I first got into this business, and I find now that the most difficult part of the process is actually getting something into production, no matter how excited the financier may be about the script or concept or cast. That being said, I love being busy developing projects when I’m not shooting, and feel very lucky to get to do that. It’s a thrill too to finally unleash What Men Want out in the world; and this coming year I hope to really get going on Disenchanted.

Is there something you can point to that says, “This is an Adam Shankman kind of project” — are there things you look for?

Stories that have a deep sense of humanity and flawed characters. I used to think there were only so many stories about people who were doing the best they could, and never well, at that. But I have come to realize that basically every story worth telling and every character worth exploring inherently includes those themes. I’ve loved exploring stories like that in my comedy and musical projects, but I’m most excited to apply the same themes to more dramatic works. My favorite thing to watch onscreen at the end of the day are stories involving justice, crime and mystery. Thrillers are my addiction. I’d love to make them all.

You’ve also created choreography for everything from Hairspray to the Academy Awards. Does dance influence your directing?

My background in dance and choreography informs everything I do. They are a fundamental part of my process in storytelling. I read scripts as if they are musical scores with their own character and rhythm; and if I can’t see the way movement and stillness work into the telling of the story, then I can’t come near the project. My years of dancing and choreographing for others taught me everything I know about directing and producing, which I use on a daily basis today: how to interact with others; respect each person’s position and space; inspire creativity; navigate challenges; solve problems. The list goes on.


And then there’s your work on Glee and Modern Family...

Working on Glee and Modern Family were incredible and unexpected gifts. Both shows are beautiful manifestations of families at their most functional and dysfunctional. I had been friends socially with the creative heads of both shows for many years, and in passing told them separately as a fan how fun I thought it would be to direct an episode. As luck would have it, both offers then came to me back-to-back, so I went from wrapping my first episode of Glee straight into doing Modern Family. I don’t think there is anything more ripe in storytelling than the family dynamic in all of its wonderful configurations, so I related to all of the variety of things thrown at me in those scripts. I loved the pace and the parameters of a television schedule, and working within the context of someone else’s vision felt very much like my time choreographing for other directors and producers. In that way, it was an easy hat for me to put on. I’m currently doing an episode of a Netflix show for my old friend Michael Patrick King and having a ball.

What can you tell us about Disenchanted?

The film will pick up ten or so years after the end of Enchanted and the ‘happily ever after’ that Giselle imagined with Robert isn’t exactly as she pictured it. As only a woman born of fairy tale magic can, she makes a wish and the world turns upside down — filled with chaos, hilarity, emotions and, yep, musical numbers. Yes, I’m already dreaming up the musical numbers in my head and excited — couldn’t be more excited — to both direct and choreograph the film.

Do you think your work and your novels identify you as gay?

The answer to that is: Probably. I mean, look at Jennifer Lopez’ hair in The Wedding Planner —that alone kind of tips you that I’m gay. As for the novels, they are YA fiction books about Hollywood in the 1930s and the protagonists are a sort of young Nick and Nora Charles, and they are surrounded by young versions of Joan Crawford and Ginger Rogers… I mean — if the dancing heels fit… The extraordinary thing about Hairspray was that I could celebrate being gay and proud in the context of a musical about inclusion and celebrating diversity. I grew up a gay boy who wanted to dance and didn’t understand why anyone would have a problem with that; and then became infuriated anyone would try to prevent another person or group from being happy or expressing themselves. In that way, I was Tracy Turnblad. I consider that film one of my great successes—and I believe strongly that it’s because it spoke so personally to me.” 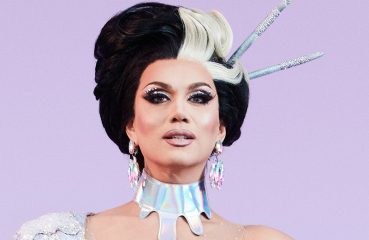 After a week spent playing drag mother to her own husband, Manila tells Metrosource her own pick for the title: Mother of Drag. Manila Luzon Slays All Stars 4 Back when they... 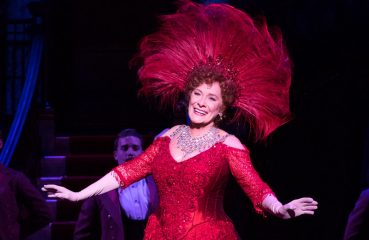 Betty Buckley is the latest Broadway diva to pick up the baton as irrepressible matchmaker Dolly Levi in the touring production of “Hello, Dolly!” Betty...