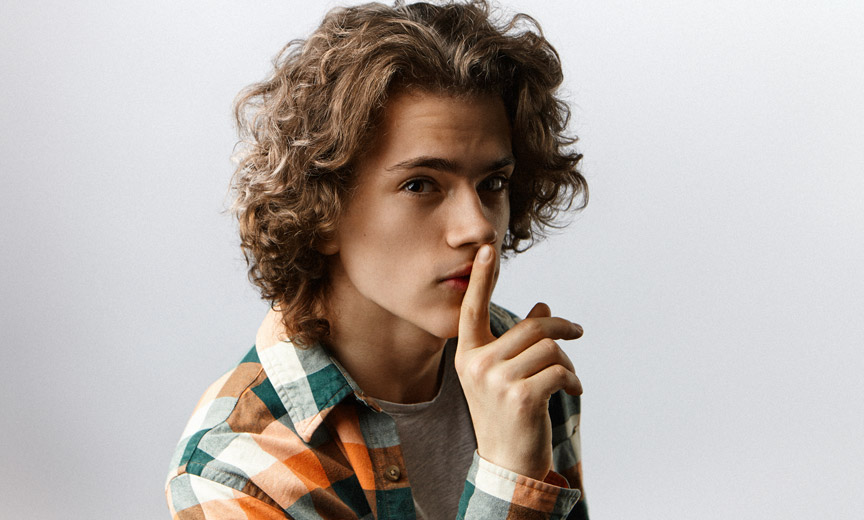 I remember the first time I learned I was getting old. It was on the occasion of my tenth birthday. That year, my cousin Martin and his wife Margie took me to Sea Isle City in New Jersey. As my birthday falls in late May, this one was over Memorial Day Weekend. We shared a pancake breakfast, walked along the beach, had frozen custard. They even got me a tee-shirt printed with the name of that beach town we were visiting on the Jersey Shore.

For me, the shirt was a very special treat. My mother always thought getting a silk-screened tee-shirt was a waste of money. “What for?” she’d ask me. “You’ll wear it for one summer then grow out of it.”

When we arrived back home we went to my uncle and aunt’s house. It was (and still is) located right next to my family’s home. They even share a mutual wall. I felt guilty for not going directly into my own house – into the arms of my loving parents after a weekend without them. In fact, it was my first weekend ever without them.

But, my cousin and his wife insisted I come with them. I didn’t realize, but inside my aunt and uncle’s house there was a surprise birthday party waiting – filled with with family and cousins. As I was a little boy without many actual friends (partially because other children realized I was different), this party was a great gift to me.

After that idyllic weekend at the last year of the 1980s, my cousin Martin said ominously of my turning 10: “It’s all over now. Now it’s all double digits for you.”

After my parents had moved our family to the city, my much-loved Aunt Marion began to include me in an Easter gifting tradition. She made little cakes shaped like bunnies or eggs out of biscotti dough. It’s worth noting that these were only for the children she loved – and only those who lived in the city.

I had some reservations about these cakes. First of all, why had I not deserved a paschal biscotti when we lived in the suburbs? Secondly, who decides to give a child a treat made expressly to be enjoyed with espresso and tobacco? But third – and perhaps most importantly – why were there no more Easter biscotti after I turned 11?

I asked my beloved auntie why. She replied, while smoking an unfiltered Chesterfield cigarette and holding aloft an ashtray shaped like half a concave apple. “Get outta town. You’re 11! You’re no kid anymore. Too old for an Easter biscotti.”

At the time, we were watching Twin Peaks. Surprisingly, this was one of my favorite shows at that age. I suppose my older relatives took this as yet another sign of my maturity. Perhaps one’s life is only large enough to contain bunny biscotti or the corpse of Laura Palmer.

Read Next | Do You Know the Signposts of the LGBT Revolution?

In my fifteenth year, I went to France as an exchange student. My parents refused to host a teenager in exchange. “What would we do with another teenager?” my mother asked.

Nevertheless, they paid for the summer program that would place me in the Champagne region of France. I saw churches, castles, and Roman ruins. They taught me about foie gras, the delights of cream sauce meeting veal cutlets, and homemade mousse au chocolat. (Oh, I learned quite a bit about bubbly, as well.)

Their oldest daughter did not share this feeling. She didn’t want me to be their son – her parents’ son. The summer right after I had been adopted, she cornered me in the Walker Institute of Art in Minneapolis. She made a suggestion while the woman I had always thought of as “our mother” had stepped away to use the restroom.

“Don’t you think you’d like to call mommy and daddy ‘grandmom’ and ‘pop-pop’,” she asked me. At the time, I couldn’t have been more than five or six years old.

“But they wanted me. They love me,” I said, echoing what my parents always told me.

“We all do. We all love you,” she said. “But they’re my mommy and daddy,” she added petulantly.

When told about the exchange later, my mother rolled her eyes and said, “Oh, she’s just jealous. She’s worried about her children. She wants you treated like the other grandchildren.”

Maybe jealous wasn’t quite the right word. But clearly, in the mind of my parents’ oldest child, any money that would be passed down rightfully belonged to her and her progeny – not her sister’s bastard.

“What Are You Telling Him about Me?”

It is worries like these that showed me I was never going to be a kid – at least not the way kids are on TV. I never saw a child on TV told by their older sister: “That’s not your ‘mommy’ and ‘daddy’, that’s your ‘grandmom’ and ‘pop-pop’.”

The children on TV didn’t talk about wills and investments. I never saw them worrying about their aged parents “Who will I go live with if they die?” Rarely did they end up grappling with the fact that they had a dad who was dealing with the health problems of an old man. Nor did I see any of them with this kind of dark shadow of a relative: a woman who was not really an aunt but not really a sister, who was constantly acting like I was some sort of bad investment.

My therapist would later describe my relationship with her as Dickensian. When I shared this observation with her, the exchange was tense. “You talk about me at your therapist,” she exclaimed. “What are you telling him about me?”

My father was very sick the summer I was 19. For days, maybe weeks we were tensed for his death. He had been in pain for a very long time.

Though she had long ago moved to the Midwest and only come back to see us a handful of times, Kathy flew into Florence Nightingale mode. She came to Philadelphia, took over my bedroom, and installed herself as the keeper of our father.

Though I was living away at school in NYC, I wanted to be home with my father as often as possible. Door-to-subway-to-Penn Station-to-Philly-to-subway-to-door took two and a half hours. Maybe three. But no.

“Kathy,” my mother told me, “thinks it’s better not to disrupt you. Besides, what can you do here with your father dying?”

However, I wasn’t welcome at home while Kathy held watch over my father. I think about that every day – that I wasn’t allowed to be there.

“I Wanted to Tell You First”

A priest at school – the dean, in fact – told me that a son had a right to be by his father’s side when he passes. It allows a man to see his own mortality.

I had gone to meet the priest because – big surprise – I had done terribly in my summer classes. My mother understood why but not Kathy. She was indignant when she learned I had to retake the classes. She saw it as a failure.

When my father passed away, I got the news in the form of a voicemail message. “He’s gone,” my mother said. “I wanted to tell you first, not Kathy.”

When I finally did get home – a passage delayed by a transit strike – I thought I’d at least have the funeral to show my love. I thought I could give a eulogy that in some way made up for the fact I couldn’t be at his bedside. I had one prepared, one I had been writing and thinking about all summer. But no. Kathy, I learned, was doing the eulogy.

“What the Hell Is She Talking About?

As she had studied medieval literature, Kathy felt she was best-suited to bid our father farewell. I sat next to my mother and my father’s oldest brother. Halfway through the eulogy my Uncle Sam, who died a few years ago at 96, turned to me and asked,

“What the hell is she talking about? Saucer?”

Kathy elected to use Chaucer’s “The Knight’s Tale” from his immortal Canterbury Tales as the basis for her eulogy. It’s a great piece of literature, but it was largely lost on an audience of Italian-Americans in the winter of their lives who weren’t necessarily “into” Medieval English Literature.

Afterward, I was told I’d get over not giving the eulogy – that I should “grow up” and get over the fact I wasn’t allowed to be at my father’s bedside when he passed away. But, I still haven’t. I was forced out of his death, and his funeral. And then, for some reason, my mother’s oldest decided now would be the time to out me.

Read Next | What Kind of Daddy Does Gay Comedian Sam Morrison Want?

At this point, my mother should have been fielding phone calls from concerned relatives or reading sympathy cards. Instead, she came to me. “Kathy thinks, she thinks, you might be…you know,” she said hesitantly. “You might be gay.”

And so, I came out. I didn’t want to do it then. I didn’t think the year of my father’s passing was the ideal time – let alone the actual week of the funeral. I didn’t want my coming out to be mixed up with my father’s death. A man had just died: this wasn’t the time for rainbows and “Do you have a boyfriend?”

I spent some time home after that, and one afternoon, I overheard my mother having a coffee with my aunties. “Well, you know,” I heard my mother say in a whisper, “He’s gay.”

“Oh,” Aunt Marion replied. “You didn’t know? We’ve known since he was five. He’s always just been himself. Never really a kid.”

In Both Senses of the Word

I don’t mean to say my childhood was unhappy. It was gay, in both senses of the word. I had loving parents who shielded me from the barbs of their selfish older child. There were hayrides at my fifth birthday party. My mother reread my homework reading assignments to me each morning at the breakfast table. My father gave me an Lionel train set like he had wished to give to a son in the 1950s.

And my loving aunt took the time to explain that I was too old for Easter biscotti while we watched Twin Peaks.