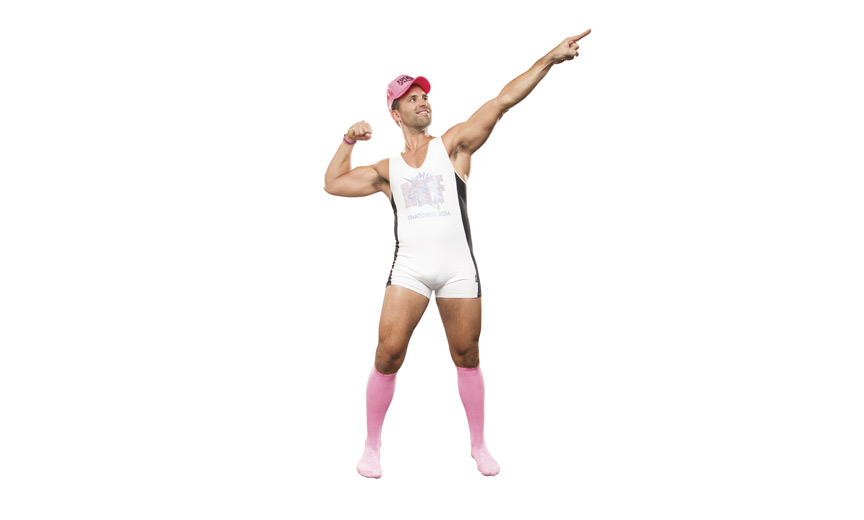 Traditional gyms leaving you fatigued? Consider these alternative gyms to help wake up your fitness routine.

Already have a gym you love? that’s great. but many people find themselves unmotivated to return to a traditional gym setting, and to meet their needs, alternative gyms across the country are attempting to entice potential clients with something different: specialization, a sense of community, one-on-one training and whole-person fitness philosophies. We identified two — Rise Nation in Los Angeles and Mark Fisher Fitness in New York City — to get a sense of how they’re reinventing the idea of getting fit.

MFF offerings include group classes, semi-private training, and their infamous “Snatched” program — a six-week intensive designed to boost your sense of health and hotness. Snatched in Six Weeks features three kettle bell and body weight-based group classes per week, nutritional coaching and daily education emails, a workbook, before-and-after workshops (including before-and-after pictures — plus “glitter, dragons, and magical unicorn rides (weather permitting).” There are also Snatched sequels: Snatched II features advanced exercises and techniques, while Snatched X challenges ninjas to set new personal records for strength, conditioning and confidence.
Classes include a balance of serious strenth training and major fun (including an occasional class theme like Madonna Day, Neon Day or Pirate Day). The “Snatchery” walls are covered in graffiti-style motivational quotes, unicorn details, superhero-like posters of their trainers and images of sweaty ninjas smiling. At the end of each Snatched cycle there is a notorious “no pants party,” where everyone celebrates their progress and winners are awarded prizes.

Elsewhere in the Ninja clubhouse, members take classes like “Kick-Ass Conditioning” and “Superhero Strength.” Classes change format to keep everyone on their toes with exercises like themed-burpees (my favorite is the “Stranger Things Burpee”) and are generously peppered with high fives, jumping jacks, dance breaks, games and booty slaps. Things get extra steamy in the intimate “Circuit Party” classes where ninjas move between a range of (often unconventional) fitness activities at more of an accelerated pace. Newbies join MFF by going to a “Ninja Baptism” where they gain the fundamental fitness skills and nutritional knowledge to begin their journeys. Much of the clientele (and many of the trainers) come from an extensive theater background; so be prepared to “Sing Out, Louise!” as you hurl heavy objects around the room. It’s a workout and lifestyle change like no other. markfisherfitness.com Rise Nation takes the idea behind Phys Ed rope climbing to a whole new level. This unique group studio fitness experience was developed by celebrity trainer Jason Walsh. The concept offers a total body workout in a half hour, focused on the instinctual movement of climbing. Their VersaClimber is a proven tool with a low risk of injury that helps individuals burn 600-800 calories per 30 minute session. Climbing movement works both upper and lower muscle groups, while also keeping the body upright and in a comfortable position with minimal impact on bones and joints.

There are three levels of Rise Nation classes: Level One: Intro, Level Two: The Climb, and Level Three: Extreme. In Level One, the estimated climb is 700-2500 feet. This slower-paced class focuses on instruction of proper form and understanding of the movements. Level 2 is a tempo/rhythm class utilizing the beat of the music to inspire climbers to reach 1500-3500 feet. Level Three is a high-intensity, extreme elevation class using timed intervals to achieve a high caloric burn and a height of 2500-6000 feet.

After classes, Rise Nation invites everyone to relax and enjoy their patio overlooking West Hollywood and the Hollywood Hills. Their community table is a great spot to recover, stretch and make friends after class. Celebrities like Jennifer Aniston and Emma Stone have been spotted at the studio (at 613 N. La Cienega Boulevard). And if you’re training to be an action superhero, it’s worth noting that Walsh helped sculpt Matt Damon’s buff body for the Bourne movies and Bradley Cooper’s for American Sniper. rise-nation.com

For some other fun sports related alternatives, check out Gym Class Throwbacks, and our Eight Ways to Stay Fit This Winter . 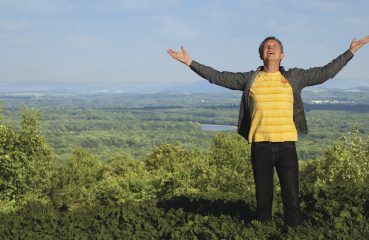 As it approaches a milestone, a retreat designed for men living with HIV seeks to break down boundaries. The Brotherhood Retreat is a three-day gathering for gay and bisexual men,... 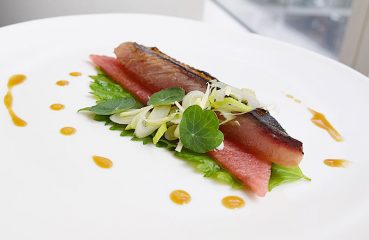 Mackerel was never one of my go-to fish when ordering out unless I was dining at a high end sushi bar, but a few years ago I decided to entertain a few guests with this light...