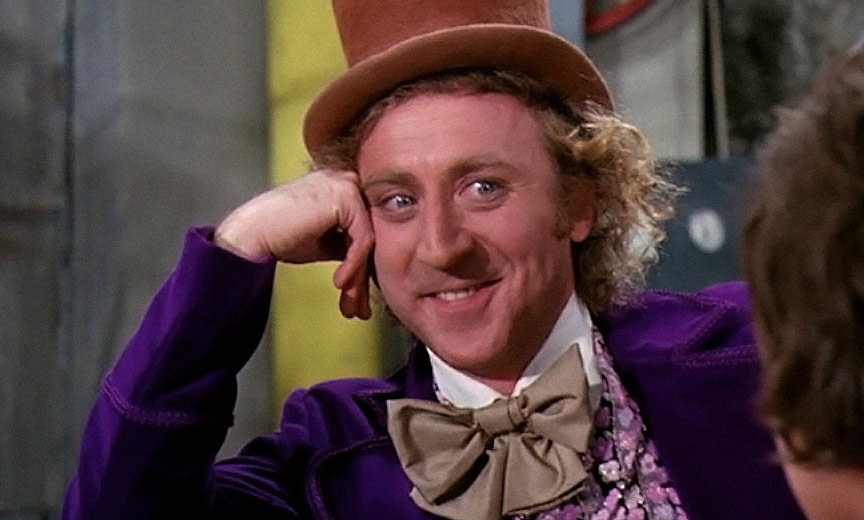 Gene Wilder will always be remembered for his portrayals of sardonic chocolatier Willy Wonka and the wild-haired grandson of monster-maker Victor Frankenstein (“that’s FRONK-En-Stein,” he would want to say), but there was so much more behind this clever comedian.

Actor Gene Wilder died today at age 83. He was not only by all accounts a sweetheart in real life, but managed to laugh at many of life’s adversities – including the 1989 death by ovarian cancer of his wife, Saturday Night Live alumnus Gilda Radner.

Wilder was also a creative force behind the camera, and was responsible for basically working out the plot of Young Frankenstein with director Mel Brooks over a long evening of giddy improvisation. Alongside Zero Mostel, Wilder starred in the original ’60s film version of The Producers, a show that has gone onto far greater fame as a Broadway musical starring Matthew Broderick and Nathan Lane.

No one really remembers it, but Wilder put in a delightful cameo in Bonnie and Clyde, from 1968. Here he is, alongside Estelle Parsons, Warren Beatty, Faye Dunaway and Gene Hackman, who have just appropriated his car for a getaway:

A decade later, Wilder was a star in his own right and starred in several films with Richard Pryor, not the least of which was Silver Streak, a screwball comedy/thriller in which Wilder’s character kept inadvertently being ejected from a moving train. An unforgettable (and no longer PC) Wilder/Pryor moment follows:

His gentle spirit and wit will be missed.

MTV: Over the Moon with Britney, Rihanna and More

Barbra Streisand: Let Critics Say What They Will. . .

I worked in Hollywood during the 1990s, and was on the red carpet at the Oscars the night that Barbara Streisand’s Prince of Tides went up for best picture. But the star...