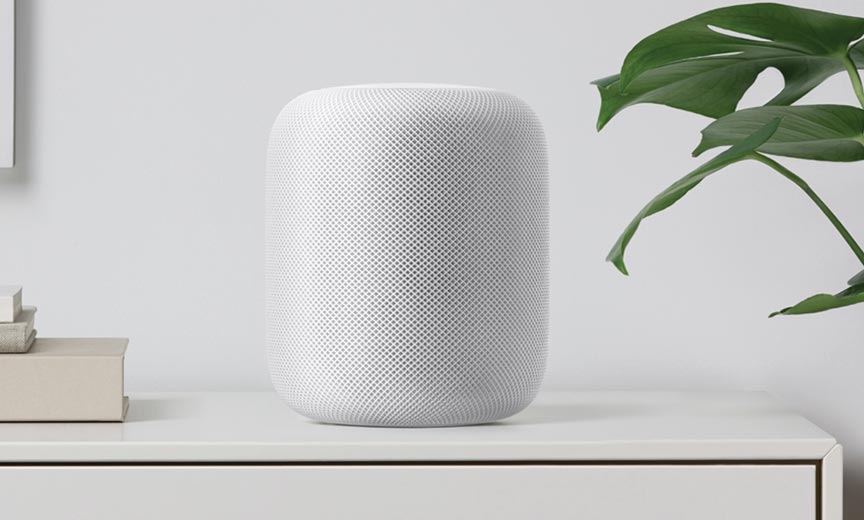 Apple’s new HomePod Speaker listens so you can hear better.

It may seem like another entry into an already crowded wireless speaker market, but it has the potential to be another category redefining revolution like the iPod or iPhone. Though Siri, Apple’s virtual assistant, may lag behind Amazon’s Alexa and Google’s Ok Google in terms of features, to compare HomePod to other smart assistant devices is to miss the point. What makes it worth the splurge isn’t the smart, it’s the speaker. Packed under its mesh grill is cutting-edge technology that allows the HomePod to fully immerse you in music. To appreciate smart this speaker is, it’s important to discuss why other speakers are so, well, dumb.

Getting great sound can be more difficult than it seems. Once sound leaves a speaker, a lot of things can happen between there and your ears. Carpeting and furniture absorb it; bare walls reflect and amplify it. Ambient noise from a fan or friends can also interfere. Part of the problem is that most speakers are one-directional with sound emanating from the front like a beam. Thus they must be placed against a wall or in a corner, and then you need to be in a “sweet spot” where the sound from speakers converge to provide the best experience. Adding more speakers can make that sweet spot bigger but also adds to the complexity of the setup.

High-end audio systems have attempted to address this issue. Companies like Marantz and Denon include a special microphone with their high-end gear that you place around your room during setup. It sends out test tones through each speaker, measures the sound and adjust levels to get the best result in the biggest area. But his can be a time consuming and complex process, and it has to be done each time the environment changes. What makes Apple’s HomePod superior? First off, it is an omni-directional speaker. It has seven tweeters that emit sound in 360 degrees. Since it’s cylindrical, it doesn’t have a front. Place it anywhere and move it around: the speaker is always “facing” you.

What sets HomePod apart from other omni-directional speakers is that the HomePod has spatial awareness. Its has six microphones that, in addition to listening for voice commands for Siri, monitor the sound coming out of it. Like a bat using sonar, the HomePod uses its microphones and speakers to create a virtual map of the room — so the HomePod can tell whether it’s in a corner or in the center of the room and adjust accordingly. It can sense how the sound is being absorbed or reflected and compensate. If you have more than one HomePod, they’ll even pair themselves and work together. It also analyzes what’s being played and automatically adjusts to give you the best sound for hip-hop or jazz or your favorite podcasts. To accomplish all this requires some serious power under the grill: the HomePod relies on the same chip as the iPhone 6 to accomplish all its tricks.

HomePod is not for everybody. At $349, it’s not for bargain hunters. Nor is it for true audiophiles who find tweaking their setup a hobby rather than a hassle and spend thousands of dollars per speaker. It’s also, potentially, not for Android users as HomePod uses Airplay 2 to communicate with iPhones and iPads. Airplay is based on Wifi, not bluetooth, and Apple has been tight lipped on whether it will support Android or bluetooth tech. But if you want to sit back, cue up your favorite iTunes playlist and enjoy some music, it beats out the hundreds of other wireless speakers on the market in terms of convenience and quality. Oh, and it will happily answer your questions about weather and traffic, to boot. Available in December, you can check it out now at apple.com 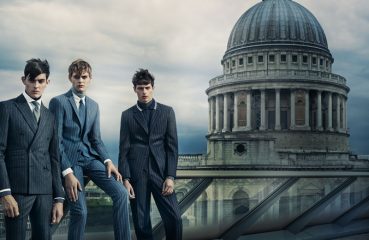 “London Sartorial:” See How the British Do It in Style

Written by Dylan Jones | Rizzoli; $45 London is well known for — among other things — its sense of style, and London Sartorial: Men’s Style from Street to Bespoke offers an... 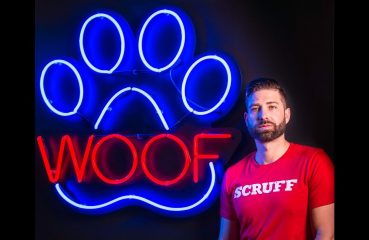 Johnny Skandros, a.k.a. Johnny Scruff, is a bundle of personality well segmented into public and private personas. Both are authentic mind you, but one is the gregarious beefy...