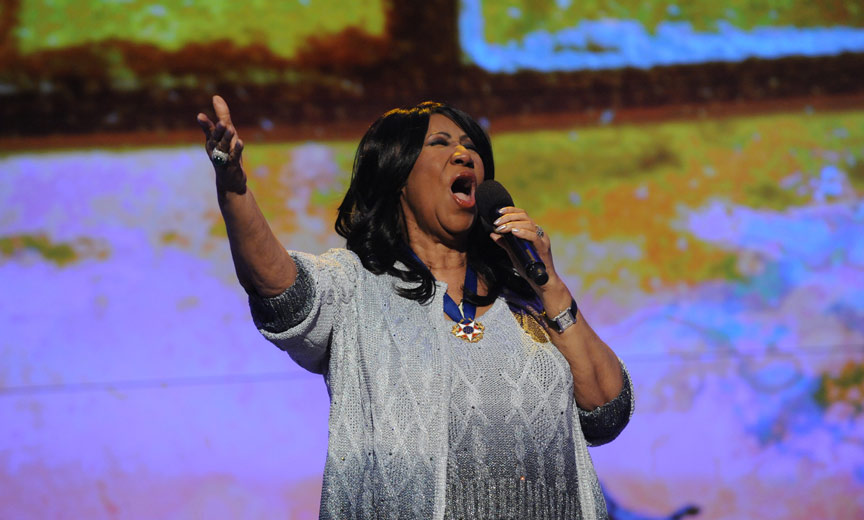 Aretha Franklin was the voice of a generation. But what is the legacy she leaves for her LGBTQ fanbase?

It’d be easy enough to say that she, more than any other singer since Billie Holiday, personified what it meant to be “fierce” onstage. For most of the last half century, her four-octave range lit up the airwaves and stages around the country.

In many ways, her personal maturation mirrored that of American society. The daughter of a legendaary preacher, C.L. Franklin, her earliest singing excursions were limited to the church, where she honed the blast furnace of a voice that would take her to international acclaim.

As a recording artist, she was corseted into supper club material in the early ’60s at Columbia Records. But, once producer Jerry Wexler contracted her to a multi-album deal on Atlantic — and vowed to “take her to church,” she blossomed. For any gay, lesbian or marginalized person of any stripe, “Respect” was much more than a sturdy slice of soul that could crowd a dance floor: It was an act of defiance, a declaration of pride, and a promise to the world and the person in the mirror to never settle for second-class treatment ever again.

Read Next | HealthSherpa Guides the LGBTQ+ Community From Wilderness to Wellness

As a teen, she traveled with Dr. Martin Luther King on his crusades for civil rights. She also taught herself to play by ear without learning to read music. And so great was her devotion to both her father and the church that when she was first offered “Son of a Preacher Man,” she turned it down flat because she considered it disrespectful. Only after Dusty Springfield turned it into a worldwide hit did she record it. At the same time, she did latch onto a Carole King tune that showed she could be tender as well as tough, and “Natural Woman” became one of her signature moments as an interpreter.

She, along with her childhood crush, Sam Cooke, did much to bring a gospel approach into the pop world. In “Dr. Feelgood,” she caused an uproar when she took her church-inflected vocals into the bedroom. “When me and that man get to lovin’,” she declared, “I tell you girls, I dig you — but I just don’t have time to sit and chit and sit and chit-chat and smile!”

While most of her hits were songs brought to her by other composers, she did try her hand at writing, and came up with two back-to-back hits that helped cement her status as the Queen of Soul: “Rock Steady” and “Daydreaming,” both of which feature her inimitable keyboard style.

Like many soul pioneers, her career waxed and waned over the years. She made a rare appearance on film in The Blues Brothers movie, and director John Landis found out that one of the qualities that made her immortal could make a director want to tear his hair out. Aretha could not lip-sync, and it took him forever to capture her performance of “Think” on film. In many ways, the song (which had already been a hit for her almost a decade earlier) became regarded as a sequel to “Respect,” with Aretha wailing “You better think about what you’re trying to do to me,” before reaching into the stratosphere for the chorus with shouts of “Freedom!”

Like Tina Turner, she returned to the airwaves in the mid-’80s with little gems like “Jump to It,” “Freeway of Love” and her duet with George Michael, “I Knew You Were Waiting for Me.”

Over the last dozen years, she sang at a gay wedding, helped inaugurate President Obama and collected one lifetime achievement award after another. Franklin became the first woman inducted into the Rock and Roll Hall of Fame in 1987, and she leaves behind a treasure trove of music that will last as long as people want to hear what raw passion on record sounds like.

Late in life, she befriended CNN anchor Don Lemon, who shared his personal memories of time spent with the Queen of Soul.

It’s considered folklore that the term “diva” was first used in the modern sense to describe Aretha Franklin. She could be tempestuous, temperamental and tough to accommodate. But after all . . . that’s what you’d expect from a queen.

Read Next | Whitney Houston Biopic: See the Rise and Fall of the Greatest Voice of All 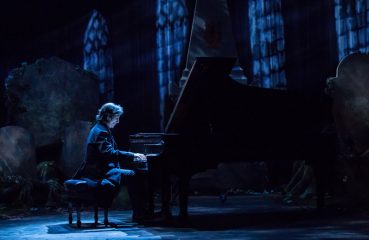 What happens when a mere mortal (Hershey Felder) attempts to embody a god of classical music (Beethoven)? Ludwig Van Beethoven, the deaf composer — best known for such concertos... 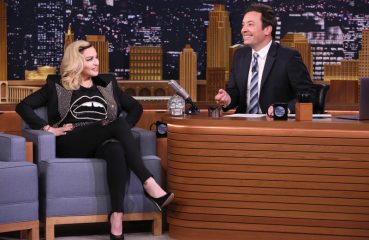 Madonna’s 6 Most Underappreciated Videos in her 60 years

Happy belated birthday to her Madgesty: Madonna. In honor of her 60th birthday, here are the 6 most underappreciated videos across her music career. 6. What it Feels Like for a...