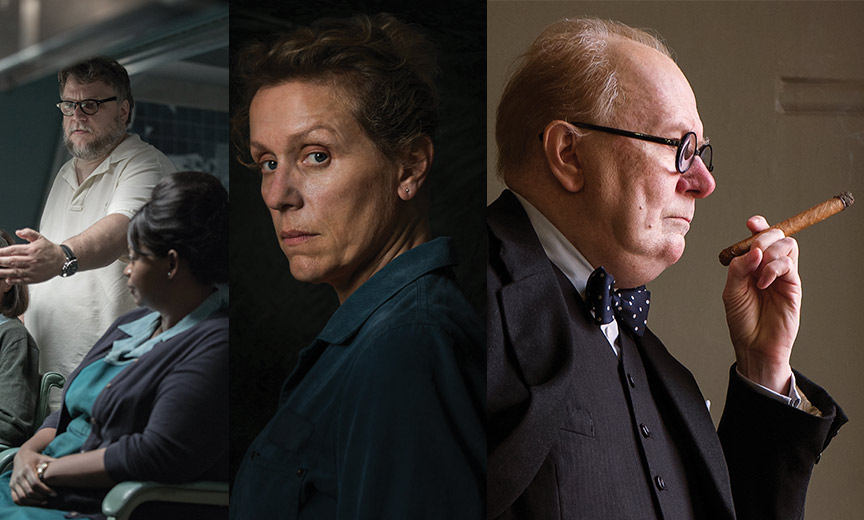 We’ve picked our ponies early, so you know who to keep an eye out as the time draws near to take home those coveted statuettes.

COULD WIN: More established directors like Christopher Nolan (Dunkirk) and Steven Spielberg (The Post) face off against a crowd of newcomers — Greta Gerwig (Lady Bird), Jordan Peele (Get Out), Luca Guadagnino (Call Me By Your Name), and Aaron Sorkin making a strong debut with Molly’s Game.

SHOULD WIN: My heart says Guillermo del Toro for his near-perfect rendering of an original fairytale (The Shape of Water).

WILL WIN: My head and gut agree that P.T. Anderson (Phantom Thread) is the best bet.

COULD WIN: Possibilities include an awkward James Franco (The Disaster Artist), an inspirational Jake Gyllenhaal (Stronger), or a truth-telling Tom Hanks (The Post).

SHOULD WIN: One could easily award the debonair Daniel Day-Lewis (Phantom Thread), but I’d like to see it go to blossoming Timothee Chalamet (Call Me By Your Name) or fast-talking Robert Pattinson (Good Time).

WILL WIN: The trophy seems Gary Oldman’s (Darkest Hour) to lose — perhaps to Chalamet, who’d be the youngest ever to win this award, or to veteran Day-Lewis.

SHOULD WIN: Despite praise-worthy performances from Diane Kruger (In the Fade) and Salma Hayek (Beatriz at Dinner) I pick dreamy, silent Sally Hawkins (The Shape of Water) who was quite simply perfect.

WILL WIN: Sardonic Frances McDormand is the one to beat: she just too well cast in Three Billboards Outside of Ebbing, Missouri. Her biggest threats are Hawkins or Ronan (given the buzz Lady Bird has recently earned).

SHOULD WIN: Heart-aching Call Me By Your Name for romance, The Shape of Water for dark fairytale magic, and Dunkirk for overall filmmaking excellence.

WILL WIN: For now, I’d say Dunkirk is leading the charge.

COULD WIN: Some of the year’s best include a mesmerizing meditation on grief, guilt and war Foxtrot (Israel), gut-wrenching In The Fade (Germany), Loveless (Russia), The Square (Sweden), transgender drama A Fantastic Woman (Chile), Angelina Jolie’s First They Killed My Father (Cambodia).

WILL WIN: BPM, this lively and dignified return to the AIDS crisis was the most emotionally impactful film of the year. 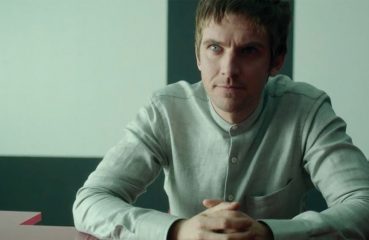 If you like superhero fare, then you’re spoiled for choice these days. Having already conquered the big screen, characters with super human abilities are now swarming the small... 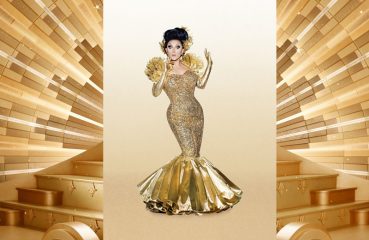 BenDeLaCreme will certainly go down as one of the most memorable queens in Drag Race herstory. Her initial appearance on the show in Season 6 certainly gave fans much to remember....