Barbra Streisand: Let Critics Say What They Will. . .

I worked in Hollywood during the 1990s, and was on the red carpet at the Oscars the night that Barbara Streisand’s Prince of Tides went up for best picture. But the star director? She wasn’t nominated. In a recent interview, the actress, director and singer admitted that she’s a bit of a control freak, allowing that throughout her professsional life, she’s been “criticized” for her legendary perfectionism.

What doesn’t get much spoken about is Streisand’s poise, which I witnessed firsthand when, according to tradition, she attended the Oscars’ annual nominee luncheon a few weeks before the awards ceremony telecast. Yes, members of the international entertainment press were all in attendance, and the buzz among them was all about how – or whether Babs would react to the news that her film was nominated for best picture, but that she, as director, was not. It’s been a sore spot for many a filmmaker who’s wondered aloud, “If the picture is nominated, why not the director? Who made this movie, anyway?”

All of the major category nominees were paraded before the press, and, as a representative of her film, The Prince of Tides, Streisand strode before the flashing bulbs and barrage of questions. How did she handle the moment? She was the consummate professional, brushing aside inquires as to how much it hurt, what hours of the day it might hurt more than others, and where she was when news broke that her project, but not her work, was being singled out for acclaim.

That was the year of Oliver Stone’s JFK and the eventual winner, Jonathan Demme’s The Silence of the Lambs. Likely it is the closest I will ever get to Barbra Streisand, and what I took away was great admiration for her grace and composure. 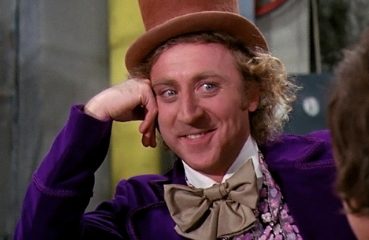 Gene Wilder will always be remembered for his portrayals of sardonic chocolatier Willy Wonka and the wild-haired grandson of monster-maker Victor Frankenstein (“that’s...