When two superheroes can’t save a movie, you have to bring in a real heavy hitter. Not millionaire Bruce Wayne. Not costumed vigilante Batman, but you’re warm. Enter acclaimed director Ben Affleck. After months of rumor-mongering, Warner Brothers has indicated that Affleck, the Oscar-winning director of “Argo” will be doing triple duty before and behind the camera in a stand-alone Batman film. The news is preliminary, reports say, but all indications suggest this was a planned leak to test fanboy response.

Affleck was easily the best thing about “Batman V. Superman” (with the possible exception of Gal Gadot’s Wonder Woman), and it will be much fun to watch him swagger onto the screen again in that sculpted Batsuit. 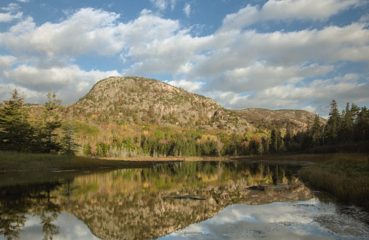 This year marks the centennial — not only of the entire U.S. National Parks Service, but also of New England’s only national park: Acadia....

Tattooed Maroon 5 frontman Adam Levine and wife (and Mommmy-to-be) Behati Prinsloo are going through some changes – and you’re welcome to join....