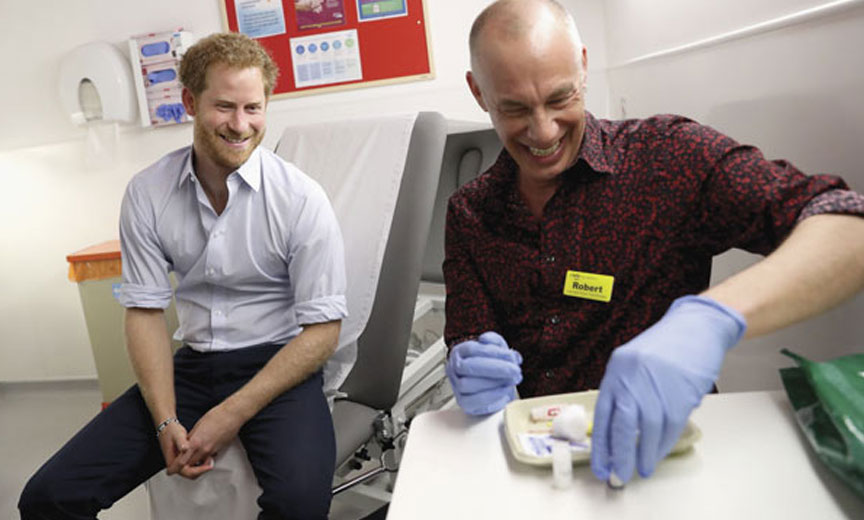 How does a beloved cultural figure get the word out about how vital it is to get tested?

The importance of getting tested for HIV cannot be stressed enough; so England’s Prince Harry decided to use his highly visible position as a royal (and object of general cultural obsession) to promote a recent technological advancement in the process and to educate people about its speed and simplicity: He took a rapid HIV test and broadcast it live on the Royal Family’s Facebook page.

“It is amazing how quick it is,” the Prince said during the five minute video. “So whether you’re a man, woman, gay, straight, black or white – even ginger – why wouldn’t you come and have a test?”

“It’s really important for someone like Prince Harry to have an HIV test because it normalizes the testing process,” said Robert Palmer, lead health advisor at Burrell Street. “It lets everyone know that it’s a simple test, it doesn’t take long, and that it’s important to know your HIV status.”

HIV rates in the U.K. have continued to rise despite progress in treatment. Guy’s and St. Thomas’ noted that up to 17% of HIV positive patients are unaware of their status, and that as many as 17 million across the world are unaware they have HIV.

Having the Prince explain why people should get tested even if they don’t consider themselves at risk has already had a significant impact. The Telegraph reported a five-fold increase in orders for a self-testing kit being offered by one charity. Like the Prince’s test, it gives a 99.7% accurate result in 15 minutes.

“It’s not people who [know they] are HIV positive who are passing the infection on, it’s those who do not know their status. What we want to do is get those people into clinic,” Palmer said in conclusion. “If Prince Harry can come along today and let it be known that a royal can have an HIV test, then everyone can have an HIV test.”

What’s more fabulous than a hall full of designer dining rooms? The fact that every chair is a step in the right direction.... 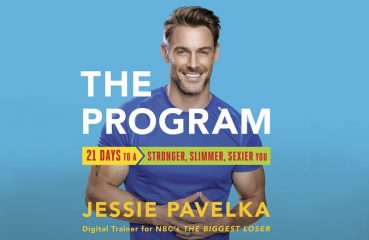 Get Fit with Jessie Pavelka’s The Program

Trainer and TV personality Jessie Pavelka crafts a journey to fitness that has a lot to do with who you’re on the road with. You’re most likely to have met Jessie Pavelka via...