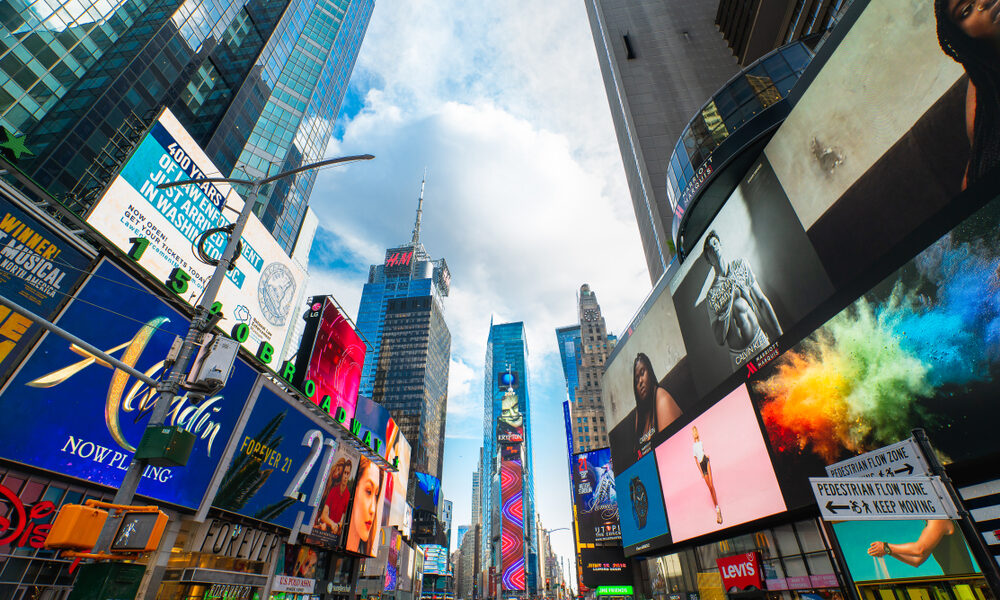 New York is reopening and, at least for me and everyone I follow on Instagram, that means BROADWAY (belted out Ethel Merman style, naturally). The iconic street was officially resuscitated in June with the return of the original denim adonis himself, Bruce Springsteen, reprising his acclaimed solo turn, Springsteen on Broadway (St. James Theatre, through September 4th).

With Broadway returning, we’re seeing some immediate results for the valiant efforts by many in and out of the theater community to make theater more equal considering the cultural awakening that spread after George Floyd’s murder. I remember coming of age as the AIDS epidemic inspired a groundbreaking onslaught of work by out writers (albeit all white and cis) and it is heartening to see mainstream theater open its gates once again. Time will tell whether the new greater BIPOC inclusion by producers, theater owners and investors will last, but for now, it is remarkable that all seven of the new plays opening on Broadway in 2021 are by Black writers.

The first drama back on the boards begins August 4th, Antoinette Nwandu’s Pass Over (August Wilson Theatre, through October 10th), directed by Danya Taymor. The play’s challenging and provocative presentation of Black life in America, via an absurdist lens a la Waiting for Godot, caused such a sensation in its 2017 Chicago premiere that Spike Lee took interest and filmed the show, now available to stream on Amazon Prime. But the play has been rewritten since then and, of course, there is no substitute for the thrill of seeing it live on stage.

For the show queens among us, Broadway’s biggest thrill is musicals and September is when things really get cooking. September 2nd is curtain up on the 2019 Tony Award winning Best Musical Hadestown (Walter Kerr Theatre, open-ended), and the expected return of its stellar song-and-dance soul man André De Shields (Ain’t Misbehavin’, The Wiz, The Full Monty) as Hermes.

September 14th is a big day for Broadway musicals with the reopening of long-running hits:

A post shared by The Lion King – Musical (@thelionking)

September 17th will bring satisfaction at last to what has to be the longest edging session in history when Six (Brooks Atkinson Theatre, open-ended) resumes preview performances after an 18-month hiatus, in advance of finally opening to critics on October 3rd. This bubble gum pop concert telling of the wives of Henry VIII lit the Edinburgh Fringe Festival on fire before becoming the toast of the West End and was already generating Broadway box office bombast and buzz before the Pandemic.

Another returning hit is the Off-Broadway revival of Little Shop of Horrors (Westside Theatre, open-ended), a nearly perfect production of everybody’s favorite classic musical of the 80s. Stepping into the role of Seymour is smoldering Supergirl (and Newsies) heartthrob, Jeremy Jordan and returning to the scene-stealing ensemble track is Tony-winning funny man Christian Borle (Smash, Something Rotten, Legally Blonde). But the one to watch is Emmy winner and Tony nominee Tammy Blanchard (Life with Judy Garland: Me and My Shadows, How to Succeed in Business Without Really Trying) completely reinventing Ellen Greene’s indelible Audrey as her own damaged broad from Bayonne.

A post shared by Little Shop of Horrors (@littleshopnyc)

Also, on September 21st the popular Come From Away (Gerald Schoenfeld Theatre, open-ended) flies back into town. I took several quarantine walks with my AirPods blasting lesbian matinee idol Jenn Colella’s inspiring original cast album rendition of the show’s 9-11 anthem, “Me and the Sky.” (If only six feet were far enough from other pedestrians for me to sing along…)

Beginning September 23rd, veteran actor-singer Douglas Lyons (Beautiful, The Book of Mormon) makes his Broadway debut as playwright with Chicken and Biscuits (Circle in the Square Theatre, through January 2nd), directed by Zhailon Levingston, who, at 27, will become Broadway’s youngest Black director ever. I love comedies set at dysfunctional family funerals, so I was already psyched even before they announced casting fan favorites Norm Lewis (Pose, Scandal, Porgy and Bess) and Michael Urie (Ugly Betty, Torch Song, Buyer and Cellar).

September 24th sees the comeback of Moulin Rouge! (Al Hirschfeld Theatre, open-ended). The Broadway adaptation of Baz Luhrmann’s beloved blockbuster suffered a notably bad backstage breakout of COVID right before the shutdown – Broadway’s beloved Danny Burstein was on a respirator! You have to imagine the first performances will be a lovefest. The show is up for several trophies at the 74th Annual Tony Awards, rescheduled for September 26th (from June 2020). Some of the categories are light on nominees due to the truncated theater season and Moulin Rouge! leading man Aaron Tveit has literally no competition!

A post shared by Moulin Rouge The Musical Bway (@moulinrougebway)

September 25th brings acting heavyweights Simon Russel Beale, Adam Godley and Adrian Lester in The Lehman Trilogy (Nederlander Theatre, through January 2nd), directed by Sam Mendes. The epic about the rise and fall of some of the malfeasant capitalists who got our economy into its current mess sounds like just the schadenfreude the doctor ordered.

The final Broadway show to reopen in September will be Aladdin (New Amsterdam Theatre, open-ended) on the 28th with everyone’s favorite haughty queen, Tony nominee Jonathan Freeman, returning to the role of Jafar, which he created definitively on Broadway and in the original animated film.

Life is a cabaret!

Across town on 10th Avenue, The Green Room 42 was the first nightclub to reopen post vaccine and is presenting its usual mix of A-Listers and “up ‘n comers,” most excitingly Tony winning Broadway royalty (recently seen on HBO Max’s Search Party) Lillias White August 12th – 14th.

And if variety is the spice of your life, look no further than West 44th Street’s famed jazz club, Birdland, and its downstairs sister, the Birdland Theater. Monday nights at Birdland are Jim Caruso’s long-running Cast Party, where the debonair-for-days emcee is likely to welcome to the stage anyone and everyone from a hot horn player you haven’t yet heard of to his own close pal, Liza Minnelli. Tuesdays downstairs it’s Susie Mosher’s The Lineup. Mosher’s a gifted vocalist, easily one of the funniest, most likeable people in New York, and always host to a coterie of talent sure to delight even the toughest critics.

For those who summer outside the city, there’s no better entertainment than the plethora in Provincetown. Even coming out of COVID, each venue has a calendar chock full of world class performers, but absolute must-sees are drag mainstays Dina Martina (brilliantly bizarre, the best!) and Varla Jean Merman (maddeningly madcap), each presenting a new show for this season at the Crown & Anchor through September 11th. No trip to Provincetown would be complete without sitting in their audiences. Equally legendary in her own right and a singular master at working the crowd, Miss Richfield 1981 is back again with a new show at Pilgrim House through September 18th, where you can also catch the fabulous Paige Turner, quickly becoming a “Ptown” essential.

Even Fire Island has shows now, and the one not to miss is the fiery Pixie Aventura, whose lip synchs are like short films, with borrowed dialogue ranging from Ana Navarro on MSNBC to “E.T. phone home” and elaborate choreography. She performs every Monday night at the Pines Pavilion and there is no one like her. 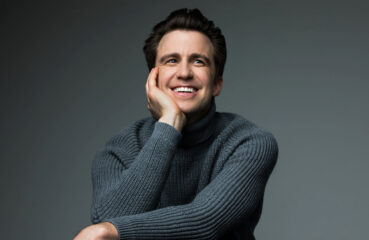 On the eve of his 45th birthday, Gavin Creel has reached an enviable place among Broadway luminaries with a string of leading roles on both sides of the Pond in musicals as... 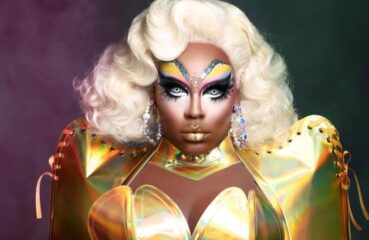 Even before she hit the screen of RuPaul’s Drag Race Season 10, Asia O’Hara was a star. This Texas native, having helped raise her five sisters, started her drag career in the...