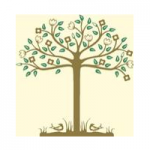 We all need the opportunity to reflect and discuss our life's path. As your Mentor for Personal and Spiritual Transformation, I can help in achieving wholeness in all aspects of one's life. A Mentor helps you explore your relationship with G!d, with other people, and yourself, to find the life path that is right for you. We will set clear goals and will have opportunities to use traditional and non-traditional resource materials to expand your spiritual knowledge and practice.

Our aim is to bring hope and healing when they seem to be elusive. Illness and crises often force people to examine their beliefs and to rethink their perspectives. Utilizing the richness of Jewish and other faith traditions - presence, prayer, meditation, study and community, we are a resource to assist people facing the Ultimate Questions of life.

Prior to New York, Rafael was in Phoenix, where he served as the Vice President for Jewish Affairs of Jewish Family and Children's Service. He was the founding Director of the Center for Life Enrichment, which provided social service and counseling programs for the Jewish community. Before coming to Phoenix he was the Chaplain of the Jewish Community of San Diego for 7 years, and founding Chaplain of the Jewish Healing Center of San Diego. He served as the last Director of Los Angeles Jewish AIDS Services, a program of Jewish Family Service of Los Angeles.

Rafael is currently teaching a course called Psalms in the Key of Healing, based on his Doctoral Project on the same topic, at Hebrew Union College in the Doctorate of Ministry Program. Rafael is the very-part-time rabbi of a very small congregation in Norwich, NY. He served as the part-time rabbi of Congregation Kolot, Irvine CA, an intimate Reform/Renewal congregation for over 9 years. A native of New Jersey, Rafael holds a Bachelor's in Social Work from Columbia University and a Bachelor's in Talmud from the Jewish Theological Seminary, where he also earned a Master's in Jewish Education and Solomon Schechter Principal's Certification.

In 1994, he wrote Being a Blessing: 54 Ways You Can Help People Living With AIDS, published by Alef Design Group (1-800-BE-TORAH). He used to write a monthly "Healing Spirit" column for the Jewish News of Phoenix. A complete listing of articles can be found by Googling his name. In addition, he has compiled the largest, most comprehensive English and Hebrew prayer book for people living with illness, in recovery from alcohol and drug abuse, and for volunteers.