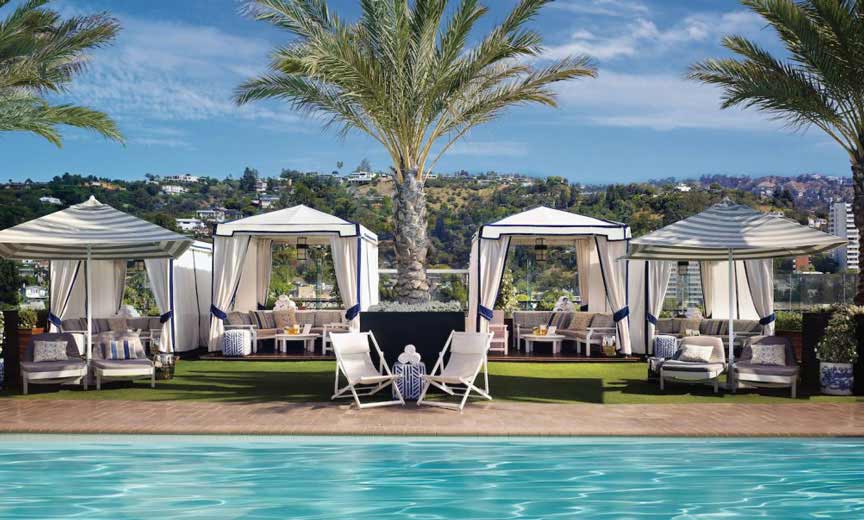 After going through a rough patch, Sebastian receives an invitation for an out-of-town adventure with a straight friend from college that initially seems too good to be true.

I was folding towels when my iPhone went off – lighting up the laundry room at work with the promise of adventure. The name was one I’d seldom seen in recent years so I dropped what I was doing immediately.

“Sebby, it’s James,” came the voice at the other end of the line.

I hadn’t seen James in 13 years. Sure. There had been the occasional message on LinkedIn and such, but James is by and large “too cool” for social media. He’s a flâneur, a boulevardier, a Gatsby. How did he make his money – who knows? But it was enough to keep him living in hotels as a sort of social experiment.

During our college years in New York, adventure was always on the tip of his tongue and within reach of his fingertips. He was the guy you could go to a swanky hotel bar with, where he’d charge the drinks to a room in which he wasn’t staying. He was the guy who convinced a major firm of brokers to hire him in college — passing himself off as being in graduate school rather than a mere undergrad sophomore. It was also James who we had worried about most on September 11th, 2001. He had left that morning, headed for the Trade Center. But, dependably as a jack-in-the box, he reappeared late in the day – on rollerblades, unscathed. We’d breathed a sigh of relief.

James was the guy who’d call you at two in the morning, telling you to get up, and get dressed, as “it’s far too beautiful a night to sleep.” Then, our heads swimming with substances, he’d convince us to go wading in a fountain on Park Avenue at three in the morning, maybe even later. Naturally, when the security guard approached, James would sweet talk his way out. “Come on,” he’d say to the rent-a-cop. “It’s hot out. We’re just cooling off. Do we look like we’re a threat?”

And now the sweet talk was about to begin again: “You are going to the airport,” he instructed. “You are getting on a plane. You are flying to LA to spend a weekend with me at the Sunset Tower. You need it. I’ve heard all about your bad year.”

“If I am inviting you on a whim,” he said, “do you think I am making you pay for it? Tomorrow will be amazing.”

James has a warm, rich way of saying “tomorrow” so it becomes ripe with promise and possibility. In a trance, I left work. The walk home was a mile and a half; if I waited eight minutes there would be a bus, but I couldn’t wait. Getting to James, getting to adventure, was more important. At home I told my roommates: “I’m going to LA.”

“No, you don’t understand, I’m going to LA in two hours. Can you drive me to the airport?”

“Can you empty the dishwasher?”

Once at the airport, I had doubts. I said to myself, “Sebastian, you’re too old to be randomly getting on planes, going to see someone you haven’t seen in a dozen years. You can’t do this. This is irresponsible. This is…” Then I saw mys reflection as strode out of the TSA screening area and put on my sunglasses and thought: “This is you. This is fabulous!”

Could This All Be a Joke?
My first few minutes in LA were a disaster. I got into the cab not knowing how I’d pay for it, and James was not answering his phone. In the back of my mind, I wondered if this was all some kind of joke. Perhaps I’d get to the hotel and find out that James had checked out last week – or that he’d never stayed there at all.

My Russian cab driver’s intrepid driving proved to me I was no longer in Portland. We were zipping to downtown LA at nearly 90 miles an hour. At the hotel, the doorman asked if I was Mr. Fortino. When I confirmed, he handed me an envelope with cash to pay the driver. Cue any apropos references to Pretty Woman.

I was told James was out running an errand. So I went to the bar, a small art deco sort of affair. I told them my name, and ordered a drink. “You must be Jimmy’s friend?” the bartender asked. I said yes, explaining my circumstances. A pair of patrons jumped into the conversation.

“So, you haven’t seen this guy in over a decade and you just get on a plane to see him?” they asked. I said yes. “That’s awesome!” Rather than admonishing me for agreeing to such an invitation, they toasted me with elan. It did, in fact, feel “awesome.”

Soon, James appeared. There was nothing to indicate we hadn’t seen each other in so many years. He knew about my cross-country move, my subsequent break-up, my perpetual job search – all of it, and he genuinely felt that I needed a weekend away. Another friend Matt, with whom we had also gone to college, was due to fly in the next morning. In the meantime, I’d have nothing but the best – just like James, who had now taken on the moniker I’d originally given him: Jimmy Gatsby. I was installed in a suite directly below his. “I hope you don’t mind sharing with Matt,” he explained, adding that if I wanted anything, simply charge to the room.

What did we do that golden weekend? We walked a lot, though it’s something perhaps not often done in LA. Though James is straight, we went to legendary gay bar the Abbey together. He handed me some spending money. “so I wouldn’t feel left out.” I wasn’t sure what I’d done to deserve all this.

We also talked a lot. James asked about work. I explained that I had been ashamed of where the fallout from my relationship ending had left me, so I had taken the first job I could get – at a local bathhouse. In some ways, it was better than most corporate jobs I’ve had, but…

James was right. On my finger, I was wearing a ring. It wasn’t my wedding ring: that, I had tossed into the Willamette River one night. This was a plain, little ring I’d picked up at a vintage store or thrift shop. James didn’t care that it wasn’t the wedding ring. He took it off my finger, and we sat there looking at the marvelous vistas of Hollywood, the breeze reminding me that my finger was bare for the first time in a long time. Palm trees swayed as they shaded movie stars. Blue skies blanketed us all. James had been right: this was exactly the weekend away I needed.

“Are you having fun?” James asked me, getting up to take a dip in the pool. The answer was yes, but for the moment I was so content that I almost didn’t need to say anything at all. 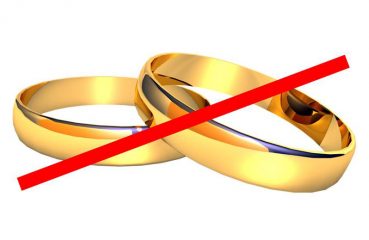 The Stations of My Gay Divorce

On the day my divorce was finalized, I accidentally ended up in the neighborhood where I took so many of the steps which led me to that moment. As I shared in an earlier column... 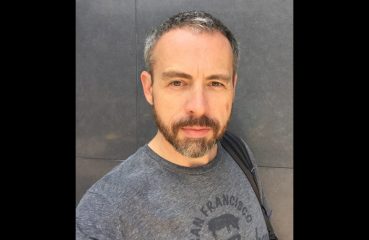 A Coming out Story of Abandonment, a Prodigal Son Finds His Family.

I came out of the closet in 1992 in Indianapolis In. I had an abusive father, a subservient mother and was kicked out of the house. I had already told my mother and siblings a...