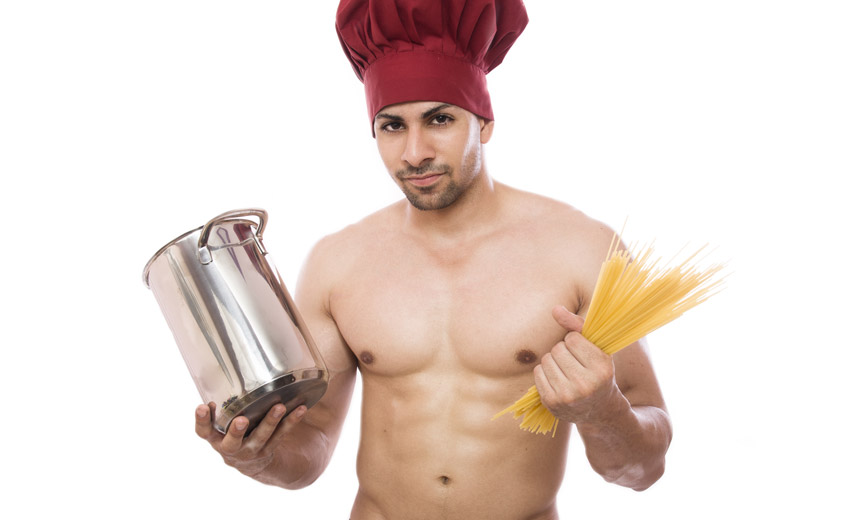 I decided to shake up my party-throwing routine, and the result was a culinary catastrophe.

I love being a host. Perhaps it’s easier to love when you throw only one party a year. For many years, mine was an annual holiday party at which I welcomed friends and family to toast the season. I imagined myself much like Mr.Fezziwig of Charles Dickens’ A Christmas Carol.

One year, I decided a try something different. About a dozen friends and loved ones were celebrating various personal occasions. I simply could not attend them all. So I decided to kill a dozen birds with one stone by fêting all my friends at one big dinner party.

I created an evite (in rhymed couplets, no less) and clicked “send.” RSVPs poured in. I was at first elated. Then I became afraid. Not only did everyone want to come, but most wanted to bring guests! “No worries,” my brother told me on the phone, “your people [read: gay people] are great at throwing parties. It’s in your genes!”

My main worry was how to feed so many guests. They’d all be expecting the homemade food for which my parties had become known. Then, at the farmers market, I came upon a bushel of organic potatoes and was struck by an idea. I would transform these lovely russets into a party’s worth of delectable gnocchi!

For three nights, all I did was prepare. Friends called to ask why I wasn’t out quaffing cocktails and checking out boys. It’s because I was mashing, mixing, rolling, cutting and freezing! As I returned to the kitchen for the third night, I briefly entertained the thought of buying frozen pasta instead. But I was determined not to disappoint.

The Case of the Vanishing Gnocchi

When the big day arrived, I greeted my first few guests and excused myself to the kitchen. There I began to drop the dumplings into a huge pot of boiling water. I imagined that I’d soon be ladling out fresh, delicate, al dente gnocchi.

I waited by the pot. After eight minutes, the gnocchi should have been floating up, ready to be scooped up and served. When the first batch had not risen after 15 minutes, I went in after them with a ladle only to find the gnocchi had completely disintegrated!

I decided the first batch must have been a fluke. So I added more gnocchi to the pot, poured myself some wine and left the kitchen to greet more guests. When I returned to the pot, what I found was more paste than pasta. I panicked, added more gnocchi, and watched as these, too, melted away.

When guests asked if I needed help, I said no. This was true. I didn’t need help. I needed gnocchi!

When I went to check on the party again, the first thing I noticed was how hungry everyone looked. I hadn’t offered any finger foods since gnocchi is such a heavy dish. So I decided to do the only logical thing. I announced, that my guests must “leave the chef alone to work his magic,” called the local Italian bakery, asked how quickly they could have five pizzas ready, barricaded the kitchen door and climbed out the window into the alley.

Read Next | Looking for a Destination Wedding? Consider Riviera Maya and Tulum

By the time I reached the bakery, the pizzas were ready. I hoped they looked rustic enough to pass for homemade. I ran back home, sneaked back into the kitchen, arranged the pizza on platters, took one final gulp of wine, then marched into the dining room.

“Tutti a tavola!” I shouted. (That means “Everyone to the table!” in Italian). The guests gathered. I watched their hungry expectation turn to confusion as they realized this was not the promised pasta.

In that moment, I decided I couldn’t keep up the charade. I confessed to everything – from how I had slaved over my disappearing dinner to my brief designs on passing off the pizza as my own. In the end, my friends forgave both my kitchen disaster and my admittedly futile attempts to cover it up.

We ended up having a great time that evening, and I learned a few valuable lessons. One, if you don’t put enough egg in your gnocchi, they will disintegrate. Two, true friendships will not disintegrate, even if you don’t add enough gnocchi to your party. And three, I would go back to throwing one big holiday open house from then on — because when everything works out, I really do love being host… and I would like to keep it that way.

Want to read more about Sebastian’s culinary misadventures. Check out the time he went camping without cutlery.

End of Life Care: When You’re Gay Without Kids, Who Will Take Care of You?

In the course of helping their own parents face the slings and arrows of age, Wade and Gary make alternative plans for their own twilight years. It is the call no one hopes to... 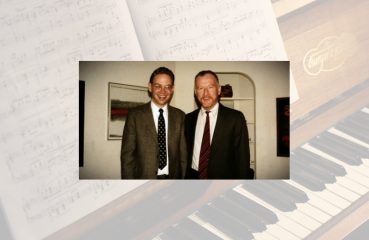 One day, while thumbing through The New York Times, my eye caught the Neediest Cases Section and I saw composer Gerald Busby’s photograph with the headline: “Back From...