Who’s in the Cast of “Drag Race: All-Stars” Season 4, and Who Will Win? 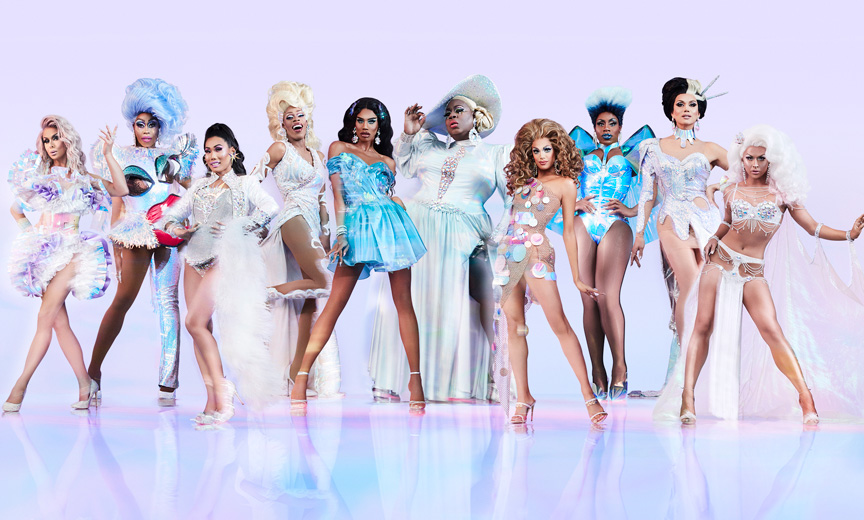 Who are the queens returning to RuPaul’s runway December 14 on VH1 for a chance for glory in Drag Race: All-Stars Season 4? We predict who will slay and who will sashay away with our patent-leather five-heel rating system. Hold on to your tucks, girls; it’s going to be a series of bumpy nights.

This season ten queen gave great talking head, and we’ll never forget her sponge dress. But can she shake up her lewks enough for a chance to snatch the crown?
Chances of Being a Winner, Baby: ???

One of the most commanding contestants of size to ever stomp Ru’s runway, Royale appeared on Season 4 and All Stars 1. But might Royale be the latest to fall to the curse that has kept a big girl from ever snatching the crown?
Chances of Being a Winner, Baby: ???

Trinity “The Tuck” Taylor” may be famous for how she hides her candy, and – in part thanks to some cosmetic procedures – she invariably looks snatched for the gods. But can her uniqueness shine through all that plastic?
Chances of Being a Winner, Baby: ??

Imagine being the queen so young and beautiful that no less a star than Christina Aguilera would show up in your lewk! But Farrah’s naivety may also have been her downfall; has she grown up enough to have a chance at winning All-Stars?
Chances of Being a Winner, Baby: ??

Her fans were wildly passionate about this queen, whose poise and beauty made her an instant front-runner in Season 9. But can she recover from the fact that – when it came time to lip-sync for her life, she didn’t want to take off her mask because she didn’t know her words? And will she be tainted by the vitriolic, racially motivated response from her fans?
Chances of Being a Winner, Baby: ????

Often dubbed “the heart” of Season 10, there’s no denying that Monique is one lovable queen. (Watch her try to come up with another career for Mama Ru on video!) But in her debut season, Monique complained that she was at a disadvantage due to other queens breaking the bank on drag supplies – a practice that seems even more common on All-Stars. Will she find the funds to finance more finery?
Chances of Being a Winner, Baby: ???

Remember Jasmine Masters from Season 7? Yeah, we don’t really either. But we do remember a queen who threw a lot of online shade at her fellow contestants and then made a video suggesting the quality of drag in the nation had declined since the advent of Drag Race. Has she found a new attitude, or is she hoping that playing the villain will be a path to victory?
Chances of Being a Winner, Baby: ?

Some queens (including some winners) auditioned for Drag Race many times before earning a spot to sashay; Smalls did only once – going on to share runner-up position (alongside Kim Chi) to champion Bob the Drag Queen. Will her first try at All-Stars also send this seven-foot-tall queen straight to the top?

She exited Season 6 after an abysmal performance as Kim Kardashian in Snatch Game, but Gunn may be returning with a new sense of womanhood. Despite RuPaul’s controversial commentary about whether trans contestants belong on Drag Race, Gunn will be returning having embraced her identity as a transwoman. Hopefully, she found a new celeb to embrace for Snatch Game as well.
Chances of Being a Winner, Baby: ???

One of the fiercest, funniest and most fabulous queens to ever compete for the title of “American’s Next Drag Superstar,” Luzon is has been a star since she finished as runner up in Season 3. Despite being eliminated in Episode 3 of All Stars 1, we feel good about the queen’s chances outside of the flawed team format past which All Stars eventually evolved.
Chances of Being a Winner, Baby: ?????

Who are you most excited to see return to the runway? And which queen will reign supreme? Throw shade and spill tea in the comments below. 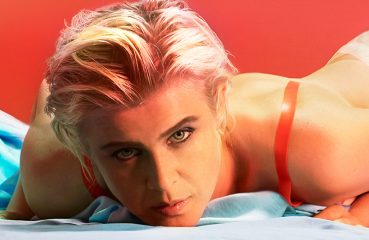 Who Were the Winners of the Robyn Prize Pack?

Call your girlfriend! Hundreds of you entered, but there can only be 5!  Congrats to the winners of our sweepstakes! Diane Wolf Kris Guerra Brandon Curtis Jill Rivera Lisa...