These Are Beaches Where You Can Sun Tan with the Stars 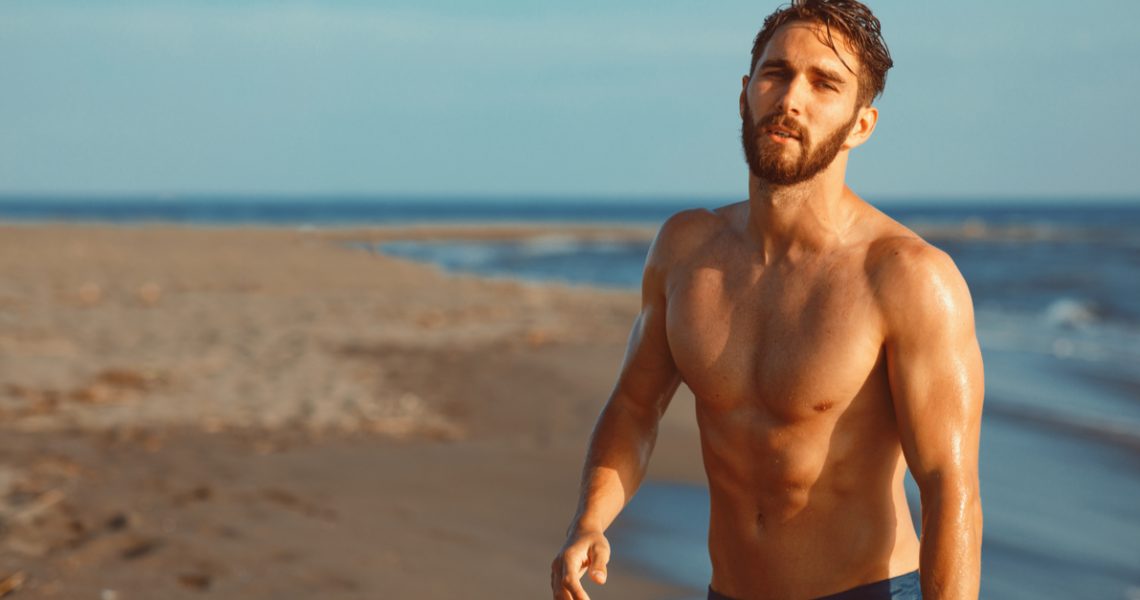 If you knew how to travel like the rich and famous, why would you do it any other way? Though certain A-list troublemakers (we’re looking at you, Lindsay Lohan and Amanda Bynes) may no longer be welcome at the finer resorts and hotels, posh accommodations generally consider it a point of pride to add boldface names to their guest books — whether the celebs are traveling for work or taking a break between projects. So we’ve sought out some of the places where the rich and famous have stayed — and you can, too. While booking a room at any of these gorgeous destinations won’t guarantee an opportunity to rub elbows with your favorite recording artist or movie star, it can be thrilling to know you’re splashing in the same pool, sunning on the same beach and walking the same halls as these illustrious individuals. Dreaming of the lush life? Spend your next vacation where the stars stay.

Nestled in the heart of the British Virgin Islands, Necker Island has been a draw for stars and starlets since 1984 when Richard Branson opened a private resort on the island. In the early years, stars and diplomats like Diana, Princess of Wales, Nelson Mandela, Geena Davis and Jimmy Carter came to the island for peace and tranquility. In 2007, Tonight Show host Jimmy Fallon married Nancy Juvonen in an intimate ceremony on the once-secret winter vacation hotspot. 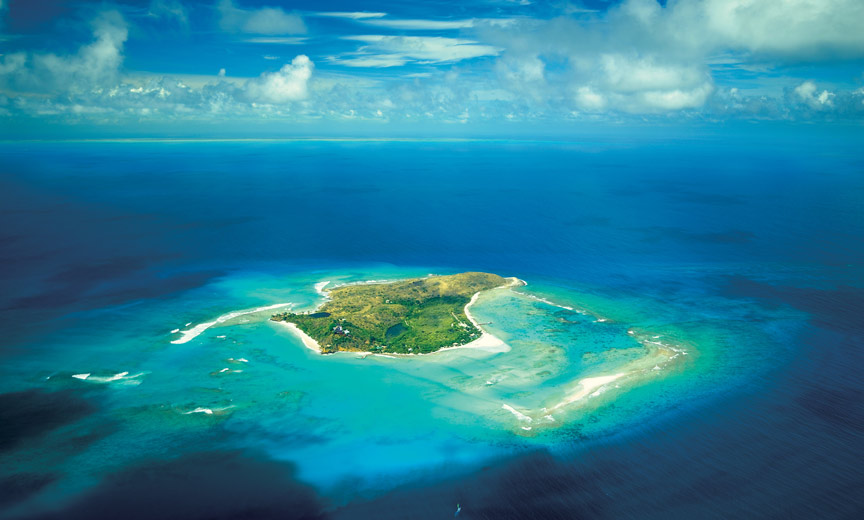 From a distance, Necker Island glitters like a jewel in the sea.

In 2011, Kate Winslet memorably faced some real-life drama on the island. While she and her children were taking in the idyllic waters of the resort, a fire was started by lightning. Allegedly, the starlet herself was responsible for escorting Branson’s mother to safety. Fortunately, Branson has completely renovated Necker Island since the storm, and guests are back to taking in sweeping tropical views from the freshwater infinity pools, sipping champagne from swim-up bars near the Great House, kayaking off the coast and spotting flamingos.

Even Winslet has returned — along with an eclectic group of Branson’s closest friends including David Hasselhoff, Ronnie Wood and Natalie Imbruglia. One Direction’s Harry Styles was recently spotted relaxing and catching some downtime in one of the resort’s many hot tubs.

When the NFL’s St. Louis Rams drafted Michael Sam, he shared a now-historic kiss with his boyfriend Vito Cammisano. That kiss may have been the first time Sam publicly acknowledged his relationship with Cammisano, but since then, the boys have been heating up the interwebs with adorable snaps of themselves walking red carpets and soaking up the sun. Most recently, the couple was spotted in Santa Barbara, a longtime draw for celebrities in search of discreet rest and recreation. 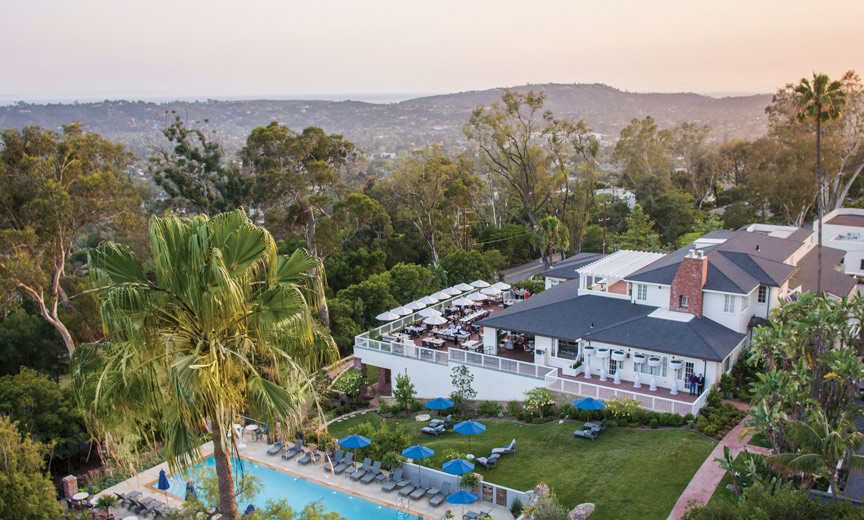 Hugh Jackman takes his vacations seriously — especially when he’s on the other side of the Pacific. And he’s earned the downtime: The Australian actor seems to be perpetually busy — recently treading the boards on Broadway in The River and working on the upcoming films Chappie and Broadway 4D. But when Jackmen heads back Down Under, local paparazzi know to stake out Bondi Beach in order to catch him (and his Wolverine-honed physique) bouncing with family and friends in the waves.

Bondi Beach, about a kilometer long, is one of Australia’s most beloved beaches. On any given day, you can find it populated with serious surfers, sun worshippers, swimmers and a smattering of local and international celebrities. Jackman isn’t the only star to hit the sandy escape while visiting Sydney: Naomi Watts, Liev Schreiber, Zac Efron, Pink, Tobey Maguire and Nicole Kidman have all been spotted on this stretch of the eastern Aussie coastline. Studly Gerard Butler made the most of his downtime while filming Gods of Egypt nearby. Heads turned as the star of 300, The Phantom of the Opera and The Bounty Hunter chatted with locals and strolled barefoot along the beach.

Nick Jonas made quite the splash at a variety of gay clubs around New York City surrounding the launch of his new television series, Kingdom. But when the singer/actor hasn’t been recording or filming, he’s been frequently spotted on the beaches of Hawaii — often with brother Joe Jonas. After his recent guest-star turn on Hawaii Five-0, it’s no surprise Jonas chose nearby Kauai and Honolulu as spots to kick back and relax. 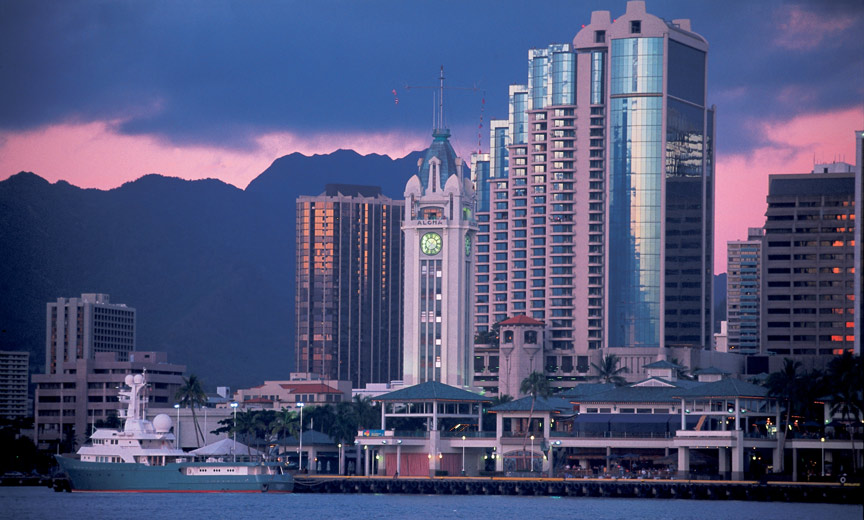 Most recently, Jonas was spotted catching a few rays on the beach of Honolulu’s luxurious Kahala Hotel & Resort. The plush white Sand Palace, which opened in 1964, is located at the end of one of Oahu’s most scenic drives around the iconic — and extinct — Diamond Head crater. In addition to the Jonas Brothers, the Kahala has welcomed a slew of celebrities and affluent travelers including every president since Lyndon B. Johnson, heiress Doris Duke, and even the Dalai Lama.

Celebrities have long found serenity and romance in the pristine deserts of the American West ever since Albert Chase McArthur built a Frank Lloyd Wright–influenced resort, The Arizona Biltmore, in 1929. Marilyn Monroe herself splashed around in the deep end here, while Irving Berlin penned many of his most iconic tunes (including seasonal favorite “White Christmas”) poolside at the Biltmore. 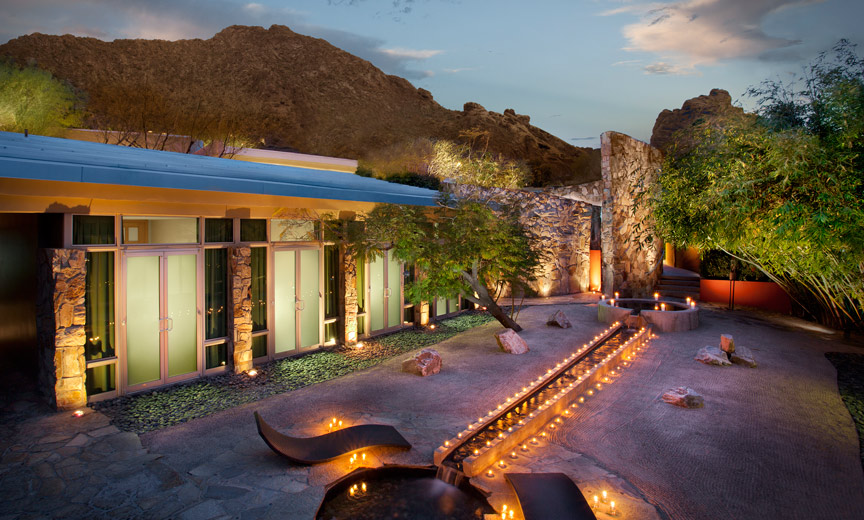 When Beyoncé and Jay Z tied the knot, they hopped a flight to Scottsdale for a discreet honeymoon at Sanctuary Camelback Mountain Resort in Scottsdale for their honeymoon. The luxury boutique hideaway, known as one of the best resorts in the country, offers sweeping views of Paradise Valley, award-winning cuisine by Food Network star Chef Beau MacMillan, and sweeping views of the Sonoran Desert from the opulent infinity pool. Besides Jay and Queen Bey, Bobby Flay, Paula Abdul, Jennifer Aniston, Vince Vaughn and Britney Spears have all been spotted at the Sanctuary on Camelback Mountain.

With attractions like Art Basel, the South Beach Wine and Food Festival and perfect weather almost every day, Miami draws almost as many celebrities as tourists. Matt Damon, Ricky Martin, Timbaland and Missy Elliott are just a handful of famous names who have residences in Miami. On any given day it’s possible to rub elbows with television favorites like Sofia Vergara, Josh Duhamel, and Eva Longoria. Lenny Kravitz has ended up in Miami quite a bit over the years, so it makes sense that he teamed up with the SLS Hotel South Beach to turn their penthouse suite and private bungalow into the ultimate celebrity lair. 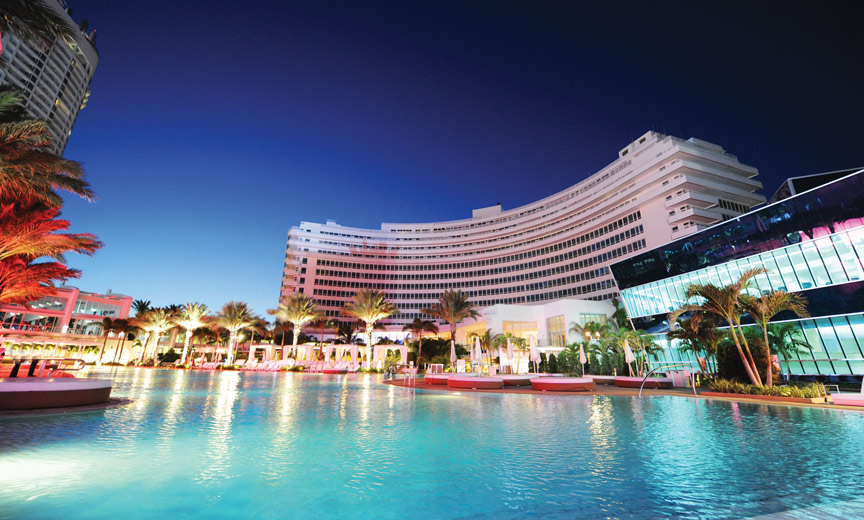 No stranger to Miami, Jennifer Lopez brought her family to the Fontainebleau for the iHeartRadio Ultimate Pool Party, where she performed last summer. Fontainebleau has been known as a celebrity magnet since its debut in 1954 when it set the scene for the James Bond classic Goldfinger. Madonna, Usher, Robin Thicke, Lady Gaga and Gloria Estefan are just a few of the names that have lived it up in the city’s popular nightclub scene and relaxed among its palm trees and refreshing beach air. And fashion icon Diane von Furstenberg is known to be partial to the Tracie Martyn facials at the Fountainebleau’s luxe Lapis Spa. 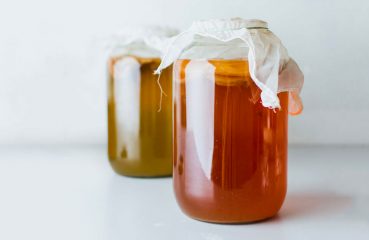 Kombucha: These Are the Facts, Not the Myths

Let’s talk kombucha. What is it? Where’d it come from? Is it as good for you as the companies who make it want you to believe? Sure, it’s on-trend. But what are... 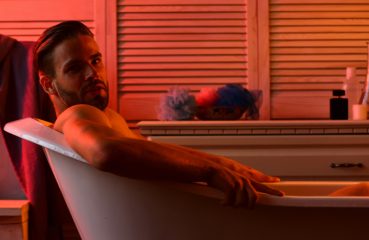 There’s a reason why interior designers prioritize lighting when they outfit a room. Effective lighting is both the icing on the cake and the all-important starting point. If...