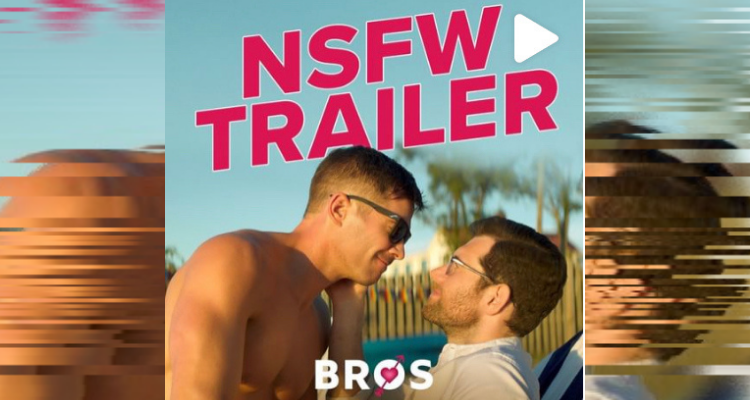 Are you sick of your touchy-feely straight allies telling you how “brave” you are? Do you shudder when a bachelorette party woo-hoos their way through your favorite leather bar? Are you tired of Hollywood recycling the same old dreck and slapping a coat of rainbow paint on it – just in time for Pride month?

Billy Eichner hears you, sees you, and feels you… but in a pervy way, not all sentimental-like. His new movie Bros is the antidote to the sugary rom-com BS that passes for entertainment these days.

Eichner’s own VO satirizes the scene, predicting that the camera will conveniently pull away before the action gets too steamy (i.e. GAY). But instead, quite the opposite happens. The camera pulls out, all right – but nobody else does. In a wider shot of the hookup session, we see Macfarlane’s character getting a double-BJ from two studly slurpers.

Talk about dinner and a show!

This film is a swift kick in the crotch for everyone expecting a love-is-love Hallmark card. Eichner argues that gay movies shouldn’t try to appeal to heterosexual men. “Am I gonna get butt-f***ed by Jason Momoa while we’re both worrying about a volcano?”

Despite its irreverent tone and balls-out bravado, Bros is a milestone of a movie. According to a press release Eichner addressed to the “Dear LGBTQ+ Media Elites” (we resemble that remark) his film is a who’s-who of WTF?

“It’s the first gay rom ever released by a major studio, it’s the first major studio film with an all LGBTQ+ cast in all the roles – even the straight roles – and apparently I’m the first openly gay man to ever write and star in his own major studio film, which is bizarre and infuriating but somehow true. But aside from all the historic statistics attached to it, what I wanted most of all was to make an authentic, hilarious and heartfelt film about what it’s like to be a single adult gay man attempting a relationship in 2022. I’m prouder of it than anything I’ve ever done – and I hope you’ll be proud of it too.”

We’re capital-P Proud, alright, but we’re also busy laughing our cuddly queer asses off. So, if you’ll excuse us, we’re going to watch the NSFW trailer for the 4,283rd time. Toodles! 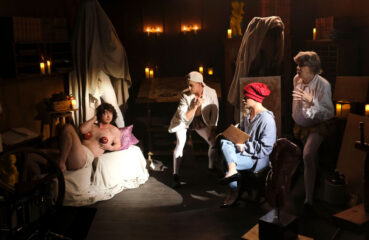 In celebration of Pride month, discovery+, the definitive non-fiction, real-life subscription streaming service, announced it will premiere THE BOOK OF QUEER on Thursday, June... 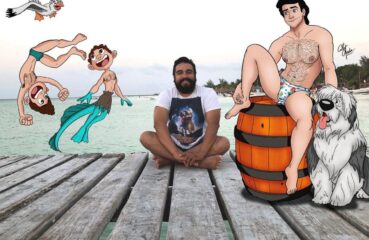 The queer community has a fraught relationship with the concept of maturity. We never got to enjoy the standard benchmarks of adolescence, such as dating at the mall or holding...