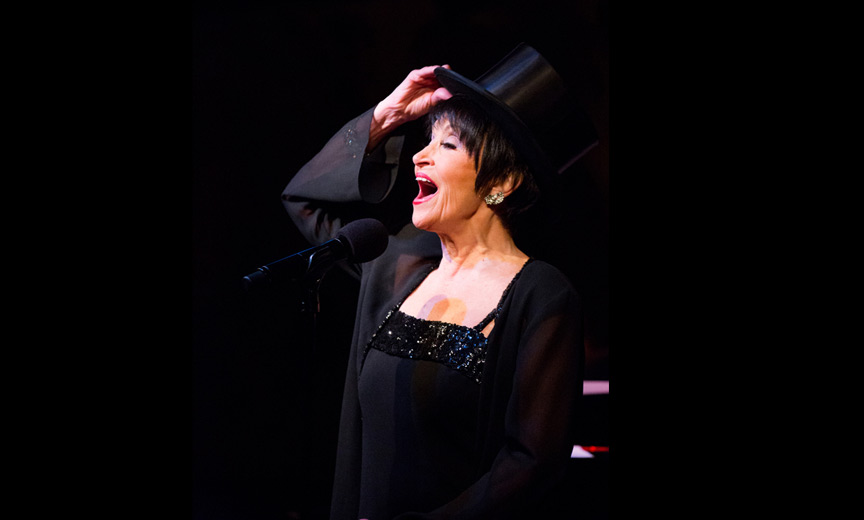 When musical theater superstar Chita Rivera takes the stage at the Cafe Carlyle, looking impossibly young and fresh in sparkles and fringe, she begins lying to us immediately.“I won’t dance,” she sings. “Why should I?”

And, of course, how could she — considering the Caryle’s notoriously small stage space? Even standing center stage, she is standing so close to the audience that at one point she quips to a man sitting inches from her, “I sincerely think your soup is beautiful, but I don’t want any part of it.”

Nevertheless, Rivera assures us that theater performers are lucky to have the opportunity to play different kinds of places — from big theaters to intimate supper clubs like this one— because it gives them opportunities to learn about themselves. She recalls the occasion when the great Michael Feinstein first invited her to perform at his own supper club. While considering, Rivera went to see her childhood idol Rosemary Clooney perform there. “She didn’t move. She didn’t do chaines all over the stage. She didn’t run up the wall and fall into a split,” Rivera said. “I’ve done that.”

No, what impressed Rivera was that Clooney just stood there and sang, and the fact that this was enough to electrify her crowd helped Rivera to decide to perform there as well. But Chita Rivera has no intentions of just standing still and singing at Cafe Carlyle. Chita has moves. Chita has props. Chita works every inch of the stage — no matter what the size.

As the band begins to vamp, Chita Rivera, radiating starpower, begins to extoll the virtues of dance. “Your body meets your spirit when you’re dancing,” she explains. And thus her toes, her hips and her shoulders begin to move in time to the music. “It’ll make you feel good,” she promises, in a rhythm that feels like the most deft of slam poetry. As she begins to move more intricately, the crowd cannot help but applaud. “I hope you feel good because you look good,” she says — and is clear that her goal as a performer is to make us all feel good.


Chita Rivera at the peak of her powers during her solo performance at Cafe Carlyle. Even at her age, no one does it better. And when she does it, it stays done.

Despite all this talk of dance, Rivera is still an immensely powerful performer when she does go the Rosemary Clooney route and embrace stillness. Her voice is strong and full of emotion as she delivers ballads including the beautiful “Not Exactly Paris” (which I first heard from late cabaret treasure Nancy LaMott) and “Where Am I Going?” from Sweet Charity. And she is radiant, as you might expect, revisiting two touching numbers from her recent triumph in Kander & Ebb’s The Visit.

Naturally, Rivera also brings plenty of star-studded stories. While rhapsodizing about her various leading men, she fondly recalls a performance with Antonio Banderas. “We were dancing, and I put my leg up on his shoulder — two people couldn’t get any closer,” she says — before adding with a wry smile. “Well . . .” That’s just one small part of Rivera’s impressive legacy of performing in shows that have found life again and again through the years. She recalls walking past posters a few years back for revivals of Bye, Bye, Birdie, Chicago and West Side Story in quick succession and thinking, “There must be somewhere I’ve got to be at eight o’ clock tonight.”

Even though nostalgia plays a part in the fun of the evening; so does Rivera’s continued virtuosity. “Jacques Brel Is Alive and Well and Living in Paris,” she says, quipping: “I know you’ve been dying to know whatever happened to Jacques Brel.” Then she launches into “Carousel” from that show — a song that rises in tempo and key to a breathtaking fever pitch and sends the audience into wild applause. “Are you all okay?” she asks us afterward. We are driven to similar ecstasy by Rivera’s grand finale, in which she revisits one of her most indelible roles — that of Velma Kelly in Chicago. This includes a solo version of the duet “Nowadays,” in which she shows off her sensational Gwen Verdon impression. And, as the band vamps, Rivera recalls her ecstatic reaction the first time she heard the opening notes of “All That Jazz” — to which John Kander replied “Calm down, Chita. It’s just the vamp.” But the room truly flips out when Rivera strikes a classic Fosse opening pose and launches into a version of the number that seems to transcend time and space.

After this high of highs, she says goodnight with an encore, singing, “This is a song for my circle of friends,” dedicating it to her friends — including the dearly departed ones she has brought to life again through her stories over the course of the night, the many famous ones present, “and hopefully a few new ones,” she says. Indeed, the evening feels lovingly designed to appeal to anyone who might have dreamt of being Chita Rivera’s friend as they marveled at her work over the years. So, as she nimbly exits the stage, we all leap to our feet to offer her our friendliest standing ovation.

Old-school fairy tales were often astonishingly weird. In their modern counterparts, princesses find their princes and live happily ever after.... 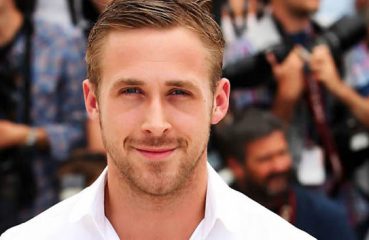 Yes, you loved him with his “photoshopped abs” in Crazy Stupid Love, and you swooned over him as the nameless motorist in Drive. Now prepare yourself as The Goz heads...