If you held a position of power for the rest of your life, what would you do with such an immense responsibility? You’d probably fight for equality, fend for the underdog, or face off against the forces that threaten to harm us.

Right, but that’s because you’re a good person.

Clarence Thomas is another case altogether.

Fresh from their tyrannical decision to strip away the reproductive rights of women unfortunate enough to live in red states, the not-so-Supreme Court finds itself in a curious position. It stands between a patient and her doctor, it stands in the way of progress, and it stands for privilege over people.

The judicial branch is broken, and we are all teetering on its precipice.

But instead of tempering their horrific decision, they are twisting the blade. Clarence Thomas picked up the flaming baton of hate and ran it backwards 60 years. He wants to revert to an America when contraception was rare and homophobia was plentiful.

“In future cases, we should reconsider all of this Court’s substantive due process precedents, including Griswold, Lawrence, and Obergefell,” wrote the unjust justice.

Let’s unpack the precedence Thomas cites in the sweeping, scathing line above.

Griswold allowed married couples the right to use contraception. The year was 1965 but apparently, that was too forward thinking for ye olde Clarence.

Lawrence refers to the 2003 case that legalized intercourse for same-sex couples… because we needed permission?

Not so fast, says Clarence Thomas!

Using “due process” as a blanket concept, CT argues that since women no longer have the right to legislate their own bodies, then he can snatch away our other pursuits of liberty as well. He’s like the Grinch, only instead of lording over Who-ville, he sits atop the highest bench in our nation.

The only woman self-loathing enough to lay with Clarence is his diabolical wife Ginni. What a cute name for a monster! Ms. Thomas has worked her way into the headlines recently, courtesy of her role in pressuring various influential players into overturning the 2020 election.

Hmm, it stands to reason that anyone married to Ginnimight learn to despise women, but that doesn’t excuse Clarence’s abysmal actions. He can’t take away gay marriage, he can’t restrict contraceptive use, and he can’t outlaw abortions…

Except he just did, and he plans to go further. Be vigilant, fam. 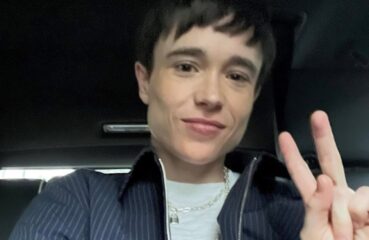 Elliot Page on Fame, Fashion, and a F***ed-Up Juno Premiere

How often do you wish you had a do-over? The opportunity to say the right thing, make the perfect gesture, and experience a pivotal moment in your life on your own terms –... 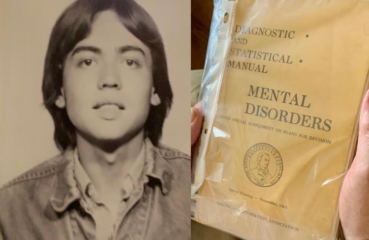 Parents are supposed to love you, to protect you, and to usher you from childhood to adulthood unscathed. Instead, Gene Ampon’s parents signed him over to a mental institution...