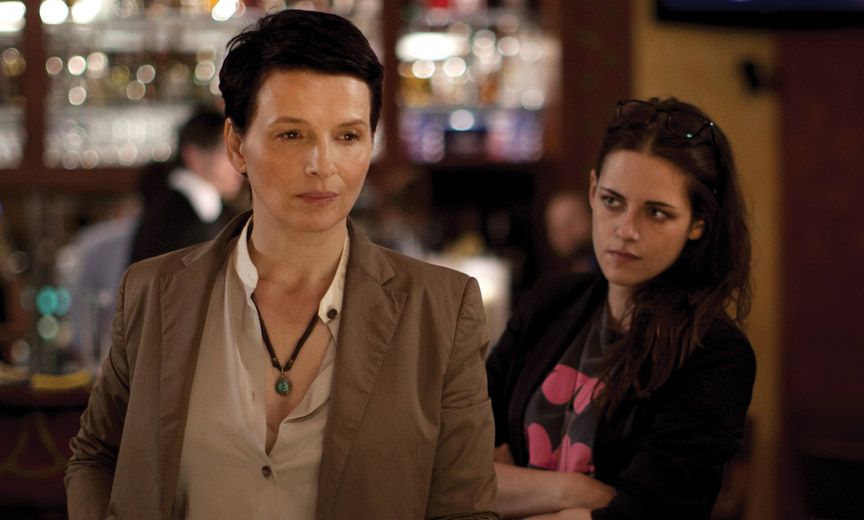 Juliette Binoche plays a famous actress. Kristen Stewart stands by as her faithful assistant. And French writer-director Olivier Assayas delivers a sparkling English-language film about a fundamental breakdown in communication.

Producers ask world-renowned actress Maria Enders (Binoche, pictured) to perform in a new production of a play that once catapulted her to stardom. However, this time, she won’t be playing the confident young lead. Instead she will play her older, tragic counterpart. Meanwhile, a cocky new starlet — appropriately played by “It-Girl” Chloë Grace Moretz — is slated to take the younger, flashier role.

THE WORD: Clouds of Sils Maria is unabashedly theatrical. But it’s also a thoughtful meditation on acting, aging and relationships. Binoche remains radiant, while the gifted Stewart continues to improve her dramatic abilities.
COMING TO:Home Video

Check out Kristen Stewart and Juliette Binoche strutting their stuff in Clouds of Sils Maria:

Madonna debuted the video for the second single off Rebel Heart, “Ghosttown.”...

There’s a reason Fern Mallis’ live interview series always sells out — and it’s only in part because her interviewees are some of fashion’s biggest names. Mallis, a...