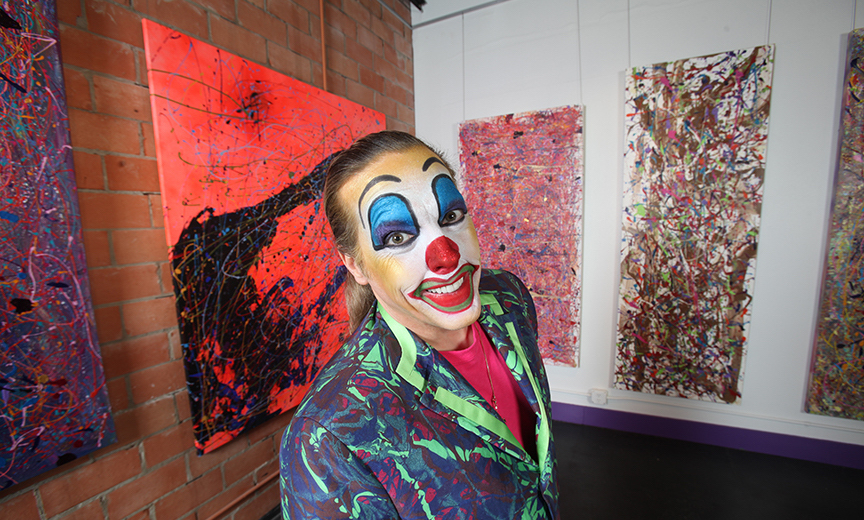 Ben Workman, known in his clown persona as Jumper Maybach, had epiphany one day when as a lark, his grandpa painted his face white for the first time.

Little did he know it was a glimmer of things to come — and ultimately his salvation from being bullied as a gay teen.

Workman was born in in the Texas Gulf Coast town of Corpus Christi, Texas in 1963 where his grandfather had served as a volunteer clown in various charity organizations for a quarter century. By the time he died in 1977 at the age of 84, Workman’s grandfather had served as the official clown for the Corpus Christi State School — as well as provided his grandson with the inspiration of a lifetime.

That same year, Ben moved to Houston with his family and began the studies that have informed his painted work ever since. Still, it wasn’t until another a-ha moment that his rebirth as a clown began. He describes it as a part of his life when people “wrote me off as crazy,” he recalls. “I was being sexually harassed at work and was at a really low point in my life. One afternoon I went into a deep meditative prayer and that’s when what I call a ‘spark’ rushed into me that raised up [the alter ego of]Jumper. I truly believe God was talking to me and directing me in the mission through my art. I never painted before that spark.”

In Workman’s opinion, a person’s traumas can define an individual. Each outlet allows him to infuse both joy and pain into his work, as he becomes the storyteller behind his creations. His techniques are self-taught through experimentation and led to results that appraisers call “unique and representative of the artist.”

“Please forgive me if I talk about Jumper as a separate entity within me but that is the case,” says the painter. “I have learned to accept the ridicule from almost everyone. When Jumper began his painting, it began from a vision which he titled ‘Alien in the Box.’ It was a story of Jumper in the circus and helping children understand they are loved unconditionally. Jumper’s painting evolved rapidly from childlike to the amazing abstracts he is known for today.”

Workman’s Jumper art reflects an evolution of color and, as he puts it, “a complete abandonment of the paint. It’s an unplanned performance that creates the extraordinary works. To hear him describe it, the complexity of Jumper’s art “comes from within. Jumper is unashamed to teach the world a lesson in compassion. His art is a beacon for ending hate, bullying and intolerance in the world.”

Not long after Workman began his career as an artist, he began to garner national and international recognition. The first full Jumper gallery show was mounted in in 2013 and led to an exhibition at Art Dubai. It was there that Jumper suddenly found himself the subject of a documentary and was dubbed “the Jackson Pollock of the 21st century.”

On the heels of the Art Dubai exhibition, Workman (who was now more widely known as Jumper than by his actual name) assembled another exhibition of nearly 40 pieces in Venice, Italy. Another career highlight occurred when Jumper was invited to show his art at the Galerie Du Louvre. “I made a series specifically for Paris. It was a great honor to have my art in the Louvre” he reflects. “It all seems so surreal.”

Jumper also takes time to give back to multiple LGBTQ organizations around the country through both financial and artistic contributions. He believes one of the largest challenges facing the LGBTQ community is the community itself. “We can’t fight intolerance and bullying when we play along with the bigots. I know so many LGBTQ friends who are out in our ‘safe’ community but at their workplace they play ‘straight.’ This is a cause for alarm. When you can’t live a free healthy life at work, then you’re in an unsafe work environment.”

He goes on to explain that this form of environment creates an atmosphere for bullies. “If you discover your environment as unsafe after coming out, then sue or leave. I must say, see my documentary ‘The Jumper Maybach Story’ to understand what being outed can lead to. I personally chose to stay and fight. If we all did this, change would occur. It takes tremendous strength and courage to fight bullies.”

Jumper also offers words of encouragement to other developing artists. “LGBTQ artists should be free to be themselves. Art is a very personal experience. Great artists know why they create the art they do. Sometimes the art is created from severe personal pain and at other times, it could be happiness. I would urge artists to reach deep within and discover that reason. If they can’t discover that reason, their art will never make it to greatness. Art is not easy. It’s a gift from your soul.”

Over the next decade, Workman intends to continue his crusade against hate, bullying and intolerance through his art as Jumper. “I want my art to cause the viewer to step back and realize why Jumper created it,” he concludes. “If it causes the viewer to take a breath and let Love enter their hearts, then Jumper has fulfilled his mission.” 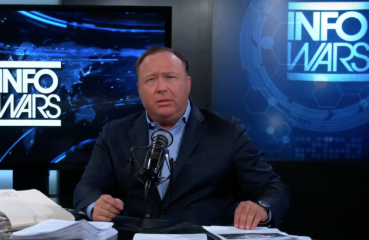 Conspiracy cheerleader Alex Jones wasted no time jumping on the possibility that Oprah Winfrey might challenge his Dorian Gray doppelgänger Donald Trump in 2020.... 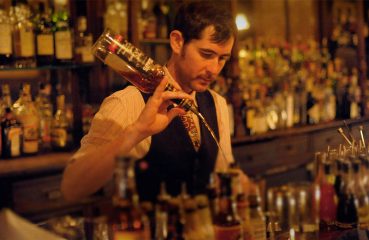 Take Your Pick of 3 Hot Places to Eat in Brooklyn

Looking for places to nosh without schlepping into midtown Manhattan? Well, we have a few suggestions to suit the hungry New Yorker that is you. The Brooklyn Star 593 Lorimer St....