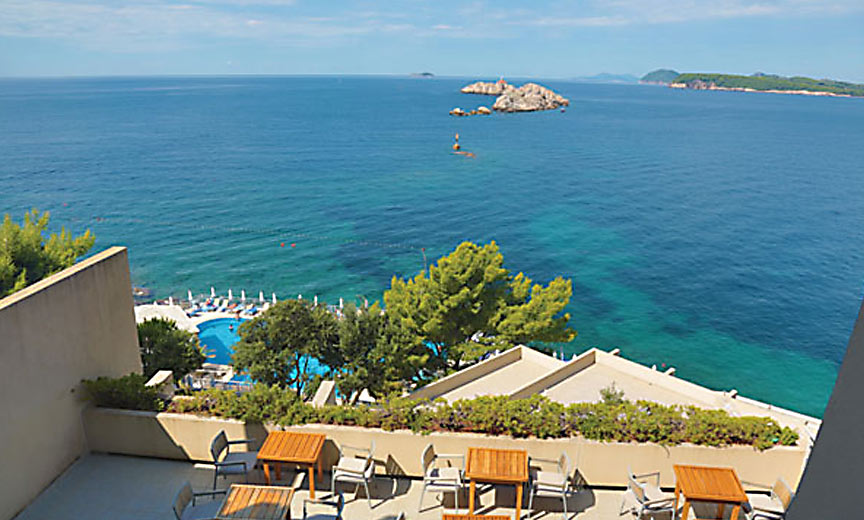 Some have called Croatia’s shoreline “the coast with the most,” and its unique combination of natural and man-made beauty merit that rave review. It can be difficult to choose between a vacation relaxing on a beach or exploring a city. Little did I know that a visit to the stunning country by the Adriatic Sea would offer the best of both worlds: vibrant cities with rich culture along pristine beaches with sunshine.

Not to be missed when exploring the dramatic walled city of Dubrovnik is the chance to walk the top of these incredibly well-preserved walls (for a small fee, but it’s worth every penny). Then rest your head at the newly renovated, five-star Hotel Dubrovnik Palace, perched on the city of Dubrovnik’s dramatic cliffside. The property welcomes you with four picture-perfect swimming pools, waterfalls and bridges, a private beach, excellent cuisine and spectacular sea views. It’s located on a beautiful peninsula, but there’s shuttle service every 20 minutes back to beautiful, nearby Old Town (where I happened to run into world-famous fashion designer Valentino).

HBO’s Game of Thrones has done for Dubrovnik what The Sound of Music did for Salzburg. Fans of the show can visit many locations where the epic is filmed, and Dubrovnik’s Old Town is unmistakable as the show’s fictional city of King’s Landing. Most locals are willing to share some behind-the-scenes gossip about encounters with stars and crew. Many of the young locals have even participated as extras, and almost everyone will admit that the show has been great publicity, attracting valued visitors to this ancient-looking place.

Catch a short flight from Dubrovnik to Split, one of Croatia’s oldest cities and home to the ancient Roman palace of the emperor Diocletian. Because the city has been under Roman, Venetian, Austrian, French, Italian and Yugoslav control, the resulting architecture is interestingly varied and eclectic. It’s a maze of narrow pathways where you might unexpectedly stumble across homes, shops, churches, restaurants and outdoor markets selling everything from prosciutto to linen. And the waterfront promenade provides a perfect place to sip a cappuccino and do some people-watching.

Krka National Park is easily one of the most beautiful places in all of Europe to appreciate nature. A shuttle heads there from Split every 30 minutes and takes a little over an hour. You can visit with a tour or venture on your own for extra time exploring its beautiful water features and hiking trails. Keep an eye out for all seven of the park’s waterfalls, and if you visit in the summer, bring water shoes and a bathing suit, so that you can swim in the lower part of the park.

A two-hour ferry ride from Split takes you to Hvar, one of the most beautiful of Croatia’s many islands. It is covered with charming cafes and restaurants, fantastic accommodations (I recommend the beautiful Adriana Spa Hotel) and exquisite Venetian architecture. The beauty is enhanced by yacht-lined shores, crystal-clear waters and car-free streets. This former fishing village has gained international notoriety since it became a getaway for the likes of Prince Harry and music royalty Beyoncé and Jay Z. But unlike other party towns (like Capri, Portofino, Saint-Tropez or Ibiza), Hvar still maintains its small-town character.

The island of Jerolim, directly opposite Hvar, boasts a well-known, long-standing naturist beach. Named by many guidebooks as the best gay destination in Croatia, you can easily reach it from Hvar in 10 minutes by water taxi. Equipped with two cool beach bars, showers and a lounge area, the island is both rustic and charming. Fringed by pine trees, the rocky beach meets emerald water ideal for swimming, snorkeling and enjoying the sunset.

After a taste of Croatia’s amazing ruins and unspoiled nature, I’m still anxious to return. Next time, I may hire a boat to explore even more of what the coasts’s 1,100 islands have to offer. 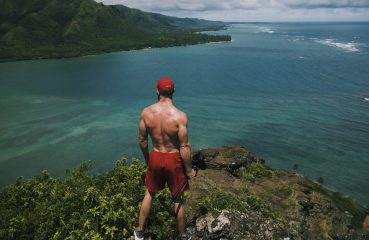 This Is How to Indulge Yourself on the Island of Oahu

Toast your wedding in wine country. Plus, news from the struggle for marriage equality....