Written by Metrosource Editor| December 8, 2020| Entertainment, Things to Do 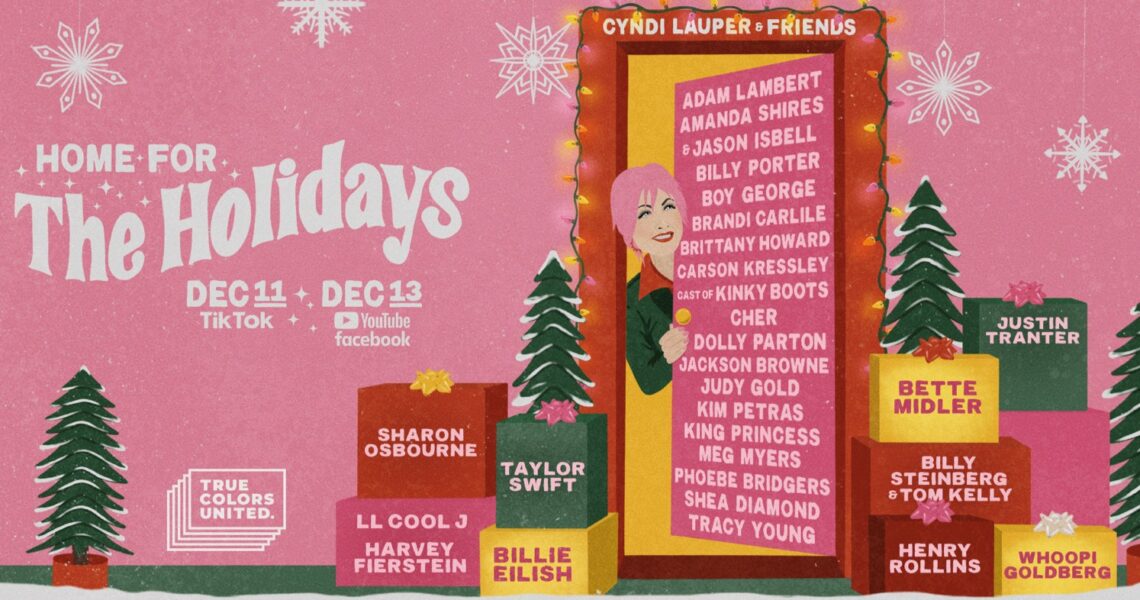 Cyndi Lauper – the Grammy, Emmy and Tony-winning icon and advocate – has announced that her 10th annual Home for the Holidays benefit concert will premiere on Friday, December 11 exclusively on her TikTok at 8PM EST, with an additional stream Sunday, December 13 on Lauper’s YouTube and Facebook handles at 8PM EST. This 10th iteration of her beloved benefit concert is a remarkable achievement and a momentous occasion for Lauper and True Colors United, the organization she co-founded 12 years ago to prevent and end homelessness among lesbian, gay, bisexual, transgender, queer, and questioning (LGBTQ) youth. 100% of the net proceeds of Home for the Holidays goes to support the work of True Colors United to prevent and end this urgent issue.  For more information, to set a reminder, and to watch on TikTok, YouTube and Facebook: https://truecolorsunited.org/homefortheholidays/

The Home for the Holidays livestream will premiere exclusively on TikTok on December 11, as part of TikTok’s “Giving Szn,” a month-long program that partners with notable charitable organizations to raise awareness and fundraise for a variety of causes that are important to the TikTok community. The concert will livestream again on Lauper’s YouTube channel and Facebook page on Sunday, December 13. Lauper will pop on to chat with fans during all livestreams.

Cyndi Lauper & Friends Home for the Holidays is back! Dec 11 on @tiktok_us and Dec 13 on @YouTube & @facebookapp. I'll be announcing the line-up tomorrow! So excited! #HFTH2020 @TrueColorsUnite pic.twitter.com/Dnt0il9EuQ

“It’s been a crazy year, but I am grateful for so many things – my immensely talented and generous friends who keep showing up for us year after year; the technology that is going to make it possible to bring our virtual concert to more people than ever; and all of our partners who help True Colors United do the work that we do. The Home for the Holidays concert is 10 years and over 100 artists in, and has raised over three million dollars, which is beyond what I could have imagined when we began. Most importantly though, we are truly helping LGBTQ young people experiencing homelessness. And to all of the fans who watch, donate, and celebrate with us, you are family. And I thank you.” – Cyndi Lauper

The concert will also feature the premiere of an animated PSA, with voiceover by Lauper, that launches the first ever global campaign on LGBTIQ+ youth homelessness. True Colors United has partnered with the United Nations Human Rights Office on this groundbreaking campaign to bring focus to the fact that LGBTIQ+ young people everywhere deserve a safe place to call home.

During last year’s Home for the Holidays concert, Lauper was presented the inaugural High Note Global Prize by the United Nations, which honors and celebrates major recording artists for outstanding achievement in using their music and celebrity platform to advocate for social justice worldwide.

Home for the Holidays is free to watch, with fans encouraged to donate to True Colors United via donation button and stickers on TikTok, YouTube, Facebook, as well as through Text-to-Give (Text TrueColors to 24365) and www.truecolorsunited.org. 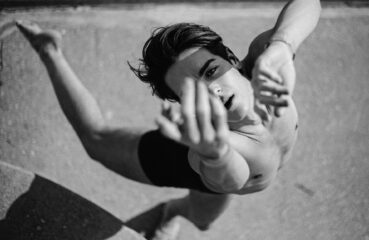 Brennan Clost Dances onto the Screen in ‘Tiny Pretty Things’

After the year we have been through, we could use a little delicious distraction to get us through the holidays. This December, Netflix gives us the gift that keeps on giving with... 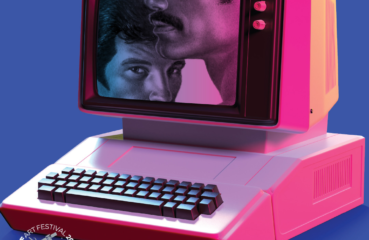 Tom of Finland Foundation (ToFF) is proud to announce its 25th Art & Culture Festival: Plugged In

Tom of Finland Foundation (ToFF) is proud to announce its 25th Art & Culture Festival: Plugged In. This year’s Festival will be hosted on a custom website, starting the...