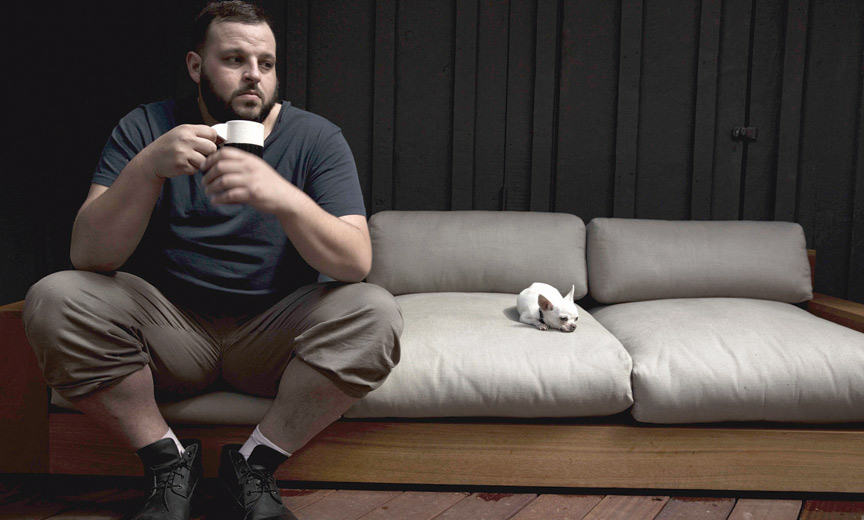 He won our hearts in Mean Girls and made TV history playing Eddie Bear on Looking. That show may have seen its last season, but Daniel Franzese’s awareness-raising mission goes on.

METROSOURCE: Let’s start with the Elizabeth Taylor AIDS Foundation (ETAF). How did you get involved, and what about their mission attracted you?

DANIEL FRANZESE: I’m friends with Quinn Tivey, Elizabeth Taylor’s grandson. … When I found out that I was going to be playing an HIV-positive character, I couldn’t wait to tell Quinn, but I wasn’t able to because HBO hadn’t announced it yet. When it finally showed up in a news article, I called him right away. And Quinn was like, “It’s so funny! I’m actually in LA right now going to visit some of the facilities that my grandmother’s legacy has helped fund. Why don’t you come with me?” So even before I started playing Eddie I was visiting these incredible facilities that house people with HIV and AIDS and got to see firsthand — through her grandson’s eyes — exactly what it is that Elizabeth Taylor has left behind. And it was incredible. I was completely moved, and as we progressed with the show, I had ETAF in my ear all the time, so I made sure that I was doing this with the care and delicacy that this progressive role really needed.

I’m a huge fan of your performance as Eddie. It’s a joy.

That’s so sweet of you to say! I really love what I do, and I know the impact underrepresented people can get from seeing a role like this. I knew that — both for bigger dudes and people who are stigmatized for HIV — it was going to be very liberating. So I was really excited to let myself do whatever I needed to do to accomplish that.

It’s my understanding that Eddie is the first new character with HIV to be featured on television in at least two years.

I was so surprised. I was already well into production [when I found out]. We were actually planning the ,em>Looking finale party — a benefit for ETAF — and one of the VPs of GLAAD was like, “You know you’re the only HIV-positive character on television currently — and in several years, in fact.” I was shocked by that, and it led to me be a spokesperson for this initiative led by GLAAD and ETAF, a sort of call-out to Hollywood, asking them to recommit to showcasing more roles with HIV. I was the only one until the season finale of How to Get Away with Murder.

Does that put added pressure on you?

The only pressure I feel in playing an HIV-positive character is to provoke change [so that we see people living with HIV represented] more often. It’s definitely my opinion and the opinion of GLAAD and ETAF that there’s a direct correlation between the lack of representation on screen and in storylines and the numbers of new infections rising. When this was a hot-button topic in the mid-’80s to mid-’90s, there was a steady decline in new infections, and once it wasn’t necessarily a popular story line or they felt like they exhausted it, the numbers rose again.

And it seems to me that those older stories would be, in many ways, very different from Eddie’s.

We need to know about what it’s like to be a person living with HIV in 2015 — in a new era. The things I learned were that there’s one pill now instead of a cocktail. I didn’t realize that. I don’t watch my friend take his medication every morning, so I don’t know. It’s not something we talk about openly all the time. And I think part of that is the stigma around it. Also [we’re educating people] about PrEP. PrEP’s only been available for a year as a drug that can be taken by anyone as a preventative measure which is 97% effective when used with a condom to prevent HIV. But I think people don’t know about it. There’s a lot of stigma against the use of the drug — the idea that it promotes promiscuity or that it’s only for gay people — and I think that people need to learn that this could be a very valuable tool in eradicating this disease.

Looking involved some firsts for you in terms of on-screen love scenes and nudity. What made you want to take those risks?

A lot of guys that I’ve dated that have been into bigger, bearish guys had said to me, “The first time I realized I liked big dudes was when I saw James Gandolfini naked on screen.” I know that there’s a lack of that in television. Being a bear and playing someone who was pursued, being nude and having intimate scenes — it’s important to see these different types represented in the gay community where there are a lot of unobtainable goals. I feel like, in a lot of ways, gay men are under the same pressures as women to look a certain way and act a certain way in order to be appealing, when really there are so many different colors in that rainbow.

I guess you’ve been a sort of poster boy for bigger gay guys going all the way back to when you played Damian in Mean Girls.

I’ve gotten a lot of letters over the years — which inspired my own coming out — from people saying that seeing a chubby gay teen be so comfortable with himself in a movie really led to their own comfortability when they were in high school. One letter in particular was really the catalyst for me to be honest and write [a public coming out] letter to my character. I heard this one person say, “I was bullied and harassed for being chubby and gay in middle school in 2003, and as I entered high school in 2004, Mean Girls came out, and immediately the popular girls were like: ‘You’re going to sit with us because you’re like Damian.’ It gave me a visible identity.” That moved me so much, beyond words.

How did you work with Frankie J. Alvarez to build the intense relationship between Agustín and Eddie?

He’s just such a giving, warm scene partner. I couldn’t have asked for anything better, especially from a straight man. Our focus was: “How do I make you look good?” … Both Frankie and I love Agustín and Eddie. We love them so much. And so we really wanted to tell their story.

Though, to put it mildly, Agustín was not always loved by the viewers.

I think it was a little alarming to him, the reaction that he got last year, a lot of people disliking his character. I don’t think he saw that coming because he was just being true to the story. And he’s such a lovely person that I think the fact that the creators took [the character of Agustín] on a path of redemption this year was a real gift. We used to joke and say I’m the Steve to his Miranda.

Do you think you are getting too much credit for Agustín’s redemption?

I would really love it if you print this because it’s so important: There’s no scene without your scene partner. I can’t take all the credit, and I don’t feel like I’m getting all the credit. I think we did it together. It’s definitely a collaborative effort. That show is an ensemble, and we are a duo.

I love where Agustín and Eddie ended up in the finale. Though we still have the wrap-up Looking movie to look forward to, were you hoping for a third season?

Completely. I mean, whether or not they would’ve chosen to make me be a part of it, … I think that this is an important show. … This is one of the only mixed-status couples that you’ve ever seen on screen together — not only on screen but having sex and making it work. … People who were in sero-discordant relationships came up to me and were like, “I’m poz and I can’t tell you how many times I’ve been through that uncomfortability: where you think a guy is cool enough to handle it and then, surprise, you find out they’re not.” … They were saying they wished that — before they entered their relationships — they and their partners could have seen it play out like this, so they could be like,“Well, honey, we’re going to expect to see this happen. This is how it might go, and this is how we can handle it. And, look, they overcame it; so can we.”

I feel like I’ve been through a lot of struggles in my life, and I’ve always been trying to find a way to fix myself. Now I feel like I’m an adult male in a really good place and because I feel really happy — I’m in a wonderful relationship, I’ve got a great job — I want to live a life of service. I think I’m doing that through GLAAD and the Elizabeth Taylor AIDS Foundation. Every waking minute that I’m not working on my career, I’m trying to figure out a way to do something — whether it be to stir up people to follow ETAF on Twitter
[@ET_AIDS_FDN] or to find a way to plan the next event.

Since this is our Pride lssue, what does celebrating Pride mean for you?

It means a lack of need for anyone’s approval. It means living a life in a way that, every day, you can wake up and know you’re doing the best that you can, and that you’re doing things how you consider to be right. It means using your voice to not only celebrate but also to be passionate about the things that need change, … and, at the end of the day, taking a big sigh of relief and celebrating.

Is there’s anything else you’d like to say to your fans or to the community?

I’d like to say to all the people who reach out to me: It really does mean the world. I try to answer everybody, and I’m so honored. I especially love going out to parties and clubs and meeting the fans, so if anybody wants to call on me, just find me on Twitter: @whatsupdanny.

This spring, Garbage announced they would embark on a mini-tour in the U.K. and Europe to celebrate the 20th anniversary of their self-titled album. Today, they’ve announced... 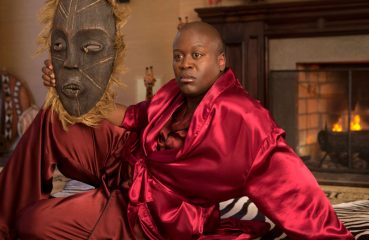