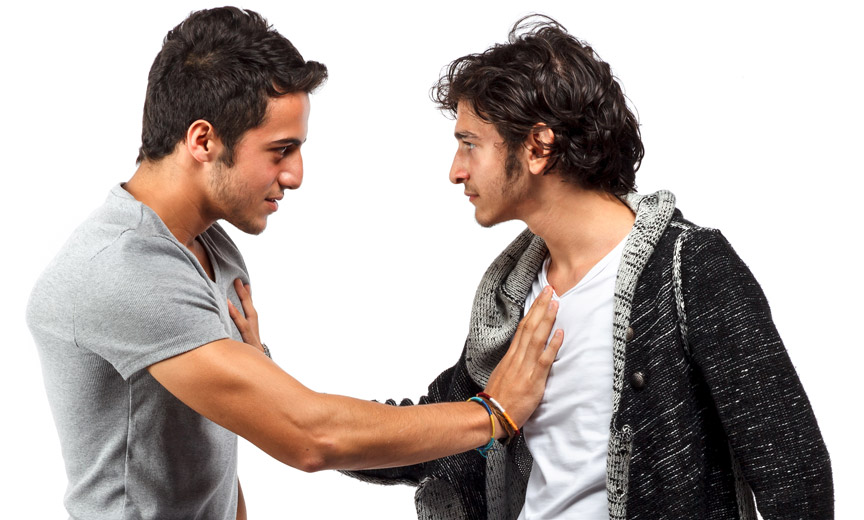 Interior design can be a wonderful way to let people know who you are; it can also be a way your partner can keep you invisible.

I recall learning a lesson early on from kids who invited me home after school to trade comics, assemble models and watch TV. There’s a human impulse to introduce new people to your world (and thereby learn about each other) by showing off “Your Stuff.” As kids, It was if we were saying, “Look around. This is who I am. See anything we have in common?”

In college, that process became an essential part of dorm life. Sports memorabilia, religious iconography, music, art, books and movies: collectively they telegraph something of our identity. A total stranger only had to walk into my room, thumb through my burgeoning music collection or glance at the framed posters on my wall to know instantly who they were dealing with.

But there was one resident in particular who introduced me to the concept of design as a form of warfare. Herbie was a stoner whose first roommate mysteriously disappeared halfway through the fall semester. This development perfectly suited his hermit-like demeanor. But in the spring, university housing dropped another roomie on him — a babyfaced Jonny Quest doppelgänger named Tony.

Tony seemed unfazed by the indignities that drove Herbie’s first roommate away. Among them were the late-night phone calls and the unmistakable stench of pot. One night, Herbie began his siege by painting the walls of their room black and the ceiling red, then letting the excess paint drip down the walls like blood. He followed that up with posting Playgirl centerfolds on the wall and leaving ungodly refuse in their shared sink.

The last time I saw them together, Tony came tearing around a corner of the dorm hallway and blazed past me. Following him, Herbie stepped out and took a stance, aiming a kiddie suction-tip dart gun at his roomie. Herbie had a malevolent gleam in his eye as he took aim. That’s when I saw that Herbie had replaced the suction tips with needles he’d crudely taped in their place. He pulled the trigger and caught Tony squarely in the back. I recall a yelp as the shot felled Tony like an animal brought to ground on safari. Soon after, critical mass sent Tony packing and Herbie was once again master of his own domain.

Whatever his methods, Herbie had a point about marking one’s territory. When I partnered, I found myself giving up more and more of my tastes to please my men. My first partner David and I bought a custom couch and chair we’d seen on The Real World. He chose the fabric — off-white with subtle vertical stripes. I chose their infinitely more colorful covers. There was a bold red one for the couch. And for the chair, we had a blue one with a pattern of cactuses, cowboys and horses replicated from the inside of Boy Scout sleeping bags.

As we drifted apart, David got a dog who made several unwelcome contributions to our once-prized pieces. When we parted, I left the dog and the furniture in his care.

Ray, my next partner (and now ex-husband), was enthralled with Asian minimalism. This meant I had to say goodbye to my folk-arty Santa Fe-style dining room table and chair set. I was permitted wall art — a gold record for my Otis Redding album essay, a blown-up frame of film with the Native American test pattern (from when television actually used to sign off overnight), a 2008 Obama poster and a cartoon by a friend who’d won a Pulitzer.

Our condo boasted a view of the Seattle skyline and Space Needle not unlike Frasier’s TV home. A stark a leather-and-chrome couch and chair set sat at one end of our living room. This was offset by a dining table of mahogany and smoked glass. I felt like I was living at a law firm.

An Unwitting Game of Peek-A-Boo

Ray’s favorite features were the floor-to ceiling windows, which had to be kept blinds-up all day, every day. I quickly learned that in such an environment, you cannot stumble out naked to make your coffee without putting on a show for any neighbor with a telescope.

Nevertheless, I tried to push back against his austerity by suggesting an element of fancy: “How about a restored barber chair from the Baby Boom era?” I asked. I’d loved them since my first haircut and thought the novelty would really liven the place up. (And candidly, it plays into my long held Captain Kirk fetish that’s only gotten more intense since Chris Pine took over the role.) He nixed the idea, and as a consolation prize let me design a desk that could be closed into a cube. (It was very Asian minimalist.) I assume that after I left, he used it for kindling.

Eventually I decided to stop depending on anyone else to shape my world. I began to accept how little of the universe any of us actually controls, as well as asserting my will over what sits behind my front door.

Now I’m in a tiny NYC apartment that leaves little room for dramatic decor decisions. I did recently repurpose a set of carefully mismatched ‘40s and ‘50s luggage into a chest of drawers. The shelves remain crammed with books and movies that have brought me a lifetime of delight.

These days, a stranger could walk into my place and once again have an inkling of who I am just from looking at my stuff. And maybe someday I’ll figure out how to squeeze in that vintage barber’s chair.

The Greatest Love of All Is Not Easy to Achieve
Discovering Your Identity: The Trek from Straight Boyfriend to Gay Daddy
NYC Bath Houses Are Back, and Gay Men Are Cruising Them Once More
First on Your Travel List: Know When to Go Commando
Having Work Done? If You’re Gonna Do it, Do it Right
Stand-Up Comic Bill Hicks Was Made for Stardom, and Then . . .
Kevin Phinney Finds A Meaning for Christmas All His Own
A Brief History of Exactly How Not to Lose Weight
Sydney Summer: One Sure Way to Beat ‘the Seattle Freeze’ 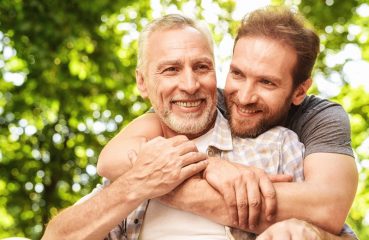 Wade takes his dad for a visit to the past but discovers that the same scenes that bring his father comfort can also be haunting reminders. Memory Lane Each time I visited my... 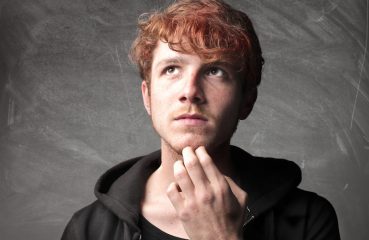