When you need to send a message to communities at risk, sexy sells. Photo by Sandro for CPWG.

Campaigns for HIV/AIDS awareness pop up from the pages of magazines to the sides of buses. For some years, their goal seemed to be spreading the word about medications for people living with HIV —heavily favoring muscular men climbing mountains. Flash forward to 2016, and we can see much more diversity among campaigns — both in terms of the message they’re sending and the people they represent.

One such recent effort is PrEP4Love, a social media and advertising awareness campaign based in Chicago, IL. The images from PrEP4Love are compelling and distinct. They feature a diverse array of couples. One half of a couple is painted with a word commonly associated with disease: spread, contract, catch; the other half wears a word associated with sexuality — tingle, desire, heat. It definitely makes the idea of protecting oneself with PrEP look sexy.

Metrosource spoke about PrEP4Love’s development with Jim Pickett of the AIDS Foundation of Chicago. “The campaign was developed under the auspices of the Chicago PrEP Working Group (CPWG), which is led by the AIDS Foundation of Chicago and the Chicago Department of Health,” explains Pickett. He led the development of the campaign “with a committee of about 20 folks from the CPWG.”

The people featured in the ads are real members of Chicago communities most at risk for HIV transmission — including young gay and bisexual black men, transgender women of color and heterosexual black women. ”They were chosen via a community model search, [they’re] not professional models,” explains Pickett. “Some were/are on PrEP; others are advocates.” They also sought to feature individuals who were engaged in their communities (activists,volunteers) and people who were active on social media. Photo by Sandro for CPWG.

“The first wave of advertising went from February 1 to the middle of April,” explains Pickett. That included ads run with Chicago Transit Authority — inside trains and buses, at train stations and bus shelters; on coasters and in the bathrooms of bars; in ads on the internet, and via social media platforms including Instagram and Facebook. In addition, they printed thousands of posters and cards for distribution atshops, cafes and events. “We have a second wave [of the same ads] going up this summer,” Pickett adds.

Though PrEP4Love launched in 2016, it’s been in gestation for the past two years. Even at that early stage, the campaign was considered so vital to the community that its development gained pro bono support from prominent creative agencies such as Leo Burnett, Starcom, Spark and Razorfish.

Despite some homophobic backlash (“How am I supposed to explain that to my children?” is a complaint Pickett has received regarding ads featuring men embracing), most reactions to PrEP4Love have been favorable, and the campaign seems to be cutting through the clutter — raising awareness of the availability of PrEP in the communities it was designed to reach. Learn more at prep4love.com. 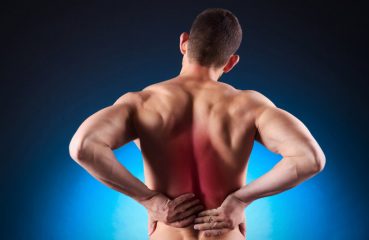 The Tapping Solution for Chronic Back Pain

Relief from chronic pain could be at your fingertips. There are two basic types of pain: acute and chronic. We’ve all experienced acute pain in the form of bumps, scrapes,...

The Art of Plating: A Feast for the Eyes

It’s been said that we first eat with our eyes; so foodies have long appreciated the value of proper presentation to the success of a dish....