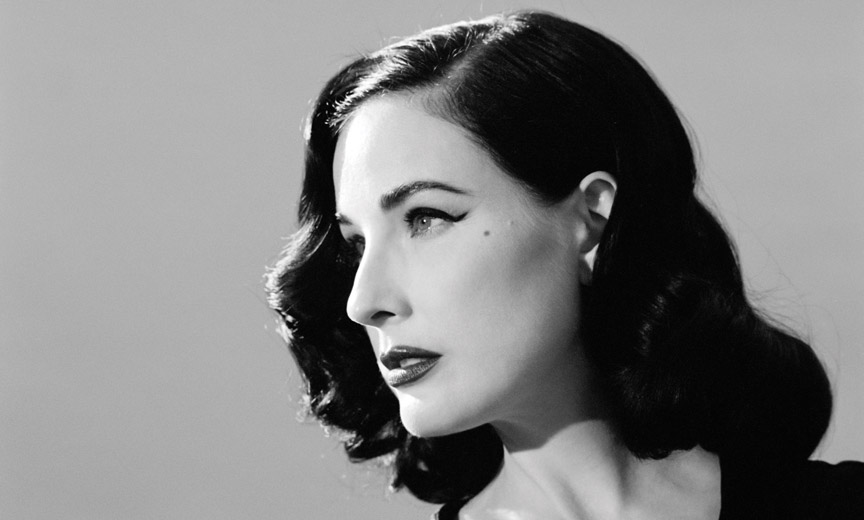 The burlesque star’s self-titled debut is lush, romantic and serene. As she explains, “I’m not a professional singer. In fact, I’m quite uneasy about recording my voice, but I do enjoy the thrill of doing things that are outside of my comfort zone. I’ve collaborated with artists I admire that have invited me … but nothing compares to this project with Sebastien Tellier.” Sebastien, a French music star in his own right, regularly combines elements of classic cabaret with lo-fi electronica and his own oftentimes unusual twists. Von Teese elaborates: “When we began recording, he offered to let me write some lyrics, but I preferred the feeling of letting go. … I had a fantasy about having a modern Brigitte Bardot and Serge Gainsbourg moment. To describe the album is difficult. Perhaps it’s me with less makeup. At times, there’s a certain vulnerability which stands in contrast to my stage image of a confident and glamorous woman.” Though it may come out of left field, the sultry record is easily one of the strongest of the year, the epitome of a “mood album.” An accompanying remix album has also just been released and it’s equally memorable.