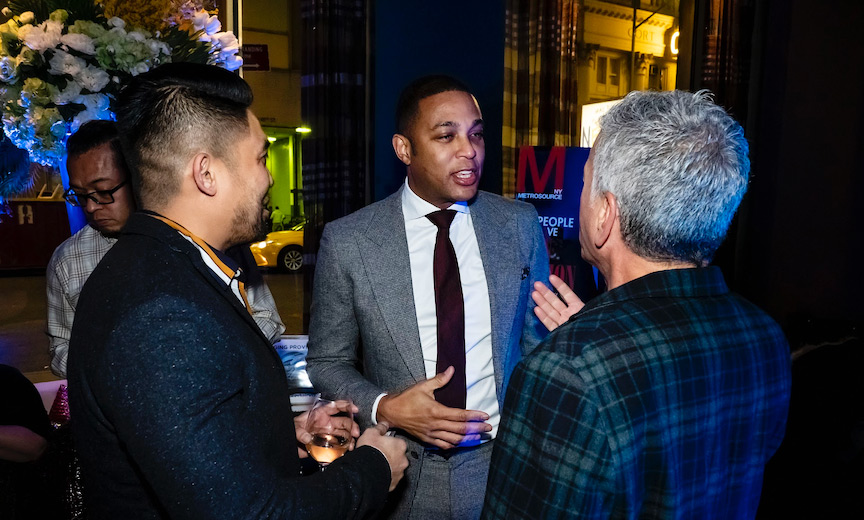 Before a capacity crowd, our cover guy Don Lemon addressed the importance of maintaining visibility and pressing forward on LGBTQ rights. “I’ve gotten e-mails from almost every gay man in the country in the gay bars saying, ‘I saw you on the cover of Metrosource!'”

Lemon went on to thank the audience for rallying around him. “Thank you all honestly for being so supportive of me; I feel your love. And there was a gentleman earlier … who said, ‘Thank you so much for doing what you do. There was no one like you on television and fighting for us when I was growing up.’ You have no idea how much that warms my heart.”

The anchor concluded by reminding those gathered that “it’s okay to be gay. As a matter of fact, it’s fabulous. And it’s good to live in a time — and I think it’s going to get better — where people can love each other and be who they are without having to worry about it, and without having to make an excuse for it.”

Check out video of Don Lemon speaking at the event:

“Thank you to all the Metrosource family and readers!” Burner said. “It’s especially an honor knowing that Sherry Vine had to move away cause I won,” quipped the drag queen. “I view drag as an opportunity to carry conversations and push certain messages. It’s a responsibility, and I use it as a platform to promote my two mantras: ‘treat everyone how you want to be treated’ and ‘we are stronger as a community than we are as a nation.’ Stick together and stand for your beliefs. Be the change, don’t sit and wait for it.”


Nearly two dozen LGBTQ honorees filled out this year’s People We Love roster, and many were on hand at 48 Lounge. According to assistant editor Kevin Phinney, “This was the year of a big leap for us. We’ve been acknowledging community achievers and allies for almost two decades, but this is the first time we’ve taken the awards into a live setting — and the first time we’ve held a contest for legendary local drag queen.”

Other changes have appeared with this year’s retooling of People We Love — all of which are intended to dovetail with our magazine and website’s coverage of WorldPride, which is expected to bring some four million visitors to NYC in June. This year, Phinney says, Metrosource also introduced a lifetime achievement award, which will be named for this year’s first recipient. Henceforth, it will be known as the John Waters Legacy Award.

To learn more about the honorees and for photos from the event, visit metrosource.com/peoplewelove. 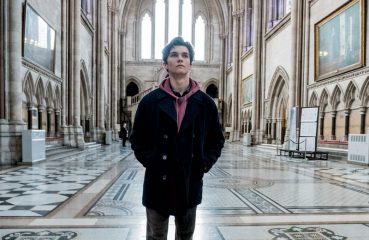 “The Children Act”: Emma Thompson at the Peak of Her Craft

Prepare to fall in love with Emma Thompson all over again in this emotional and complex story about a woman charged with making life and death decisions. Fiona (Thompson) is a... 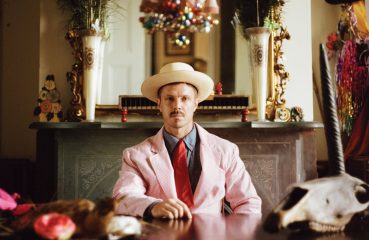 Just yesterday, former Scissor Sister Jake Shears told The Daily Beast, “what I love about the term “queer” is that it conveys a common mindset of personal freedom and...