Don't Go Chasing Waterfalls, Unless They're in Krka

I was flipping through an airline magazine when I first saw an image of the amazing waterfall in Krka National Park. Immediately, I told myself: I have to go as soon as possible. There are a series of seven picture-perfect waterfalls in Krka National Park. The park is situated along the Krka River in Southern Croatia. In the southern section of the park, Skradinski Buk waterfall is adjoined by picturesque and period watermills, and to the north, a nature trail passes another jaw-dropping cascade, Roški Slap, and the Krka Monastery, built above ancient Roman catacombs. Visovac Island is home to the 15th-century Franciscan Monastery of Our Lady of Mercy. The nearest major city or airport or Split. The easiest (and priciest) way is to join an organized excursion to Krka from the many towns throughout Dalmatia. There are many travel agencies in Split that can arrange passage for you. Or, the best way (but not necessarily the easiest), is to travel by bus. However, should you do so, you can stay there for as long as you want. And I highly recommend you bring a swimsuit … 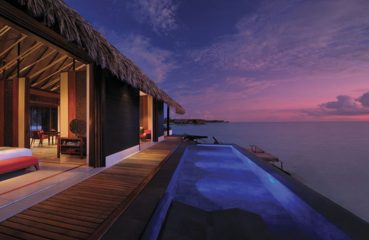 When money is no object, you can do some truly grand globetrotting. Prepare to be awed by these six over-the-top trips you can take in the coming year....

You might call the palace at Versailles history’s ultimate splurge, and on October 1 an epic costume drama about its origins makes its U.S. premiere on the Ovation network...