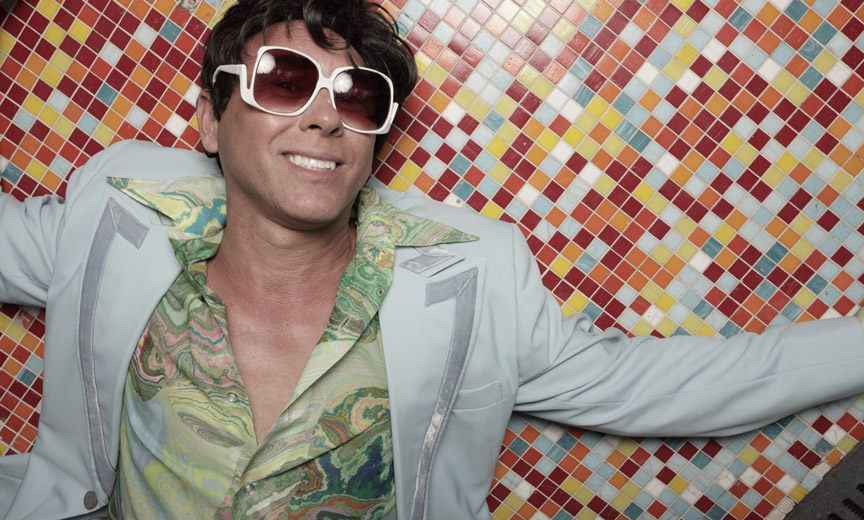 After Wade gets mistaken for an unexpected celebrity, he reflects on how his evolving relationship with fashion allowed him to take it in stride.

I was about to cross a street in Palm Springs when I heard a man yelling what sounded like a woman’s name.

Even as the shouting grew more insistent, I paid no attention. Then suddenly, I felt a hand on my arm.

Finally I turned, only to see an elderly man’s face droop from excitement to bewilderment.

Cue hysterics from my husband Gary, who laughed so hard he nearly wet himself. Days later, he still wouldn’t let it go.

“He thought Wade was that blonde actress!” Gary told everyone about me being mistaken for Cannon. For those unfamiliar, she was nominated for an Oscar for Bob & Carol & Ted & Alice in the 1960s and played a sexy older judge on Ally McBeal in the 1980s.


My Fashion Through the Years

At the time, Cannon still ended up on TV fairly frequently on the West Coast. She was often spotted at Lakers games and developed something of a reputation for dressing much “younger than her age.”

Multiple friends have told me that I dress “too young for my age.” On the night I was mistaken for Ms. Cannon, I was wearing skinny jeans with a rather flouncy shirt, topped off with a cute cap. The jeans I purchased at Zara because a 20-something sales associate (who looked like Harry Styles) told me I looked good in them. The shirt I bought at a vintage boutique because the fabric reminded me of shirts my mother had worn in the 1970s. And the cap is my go-to for when my hair doesn’t come out right.

It’s a far cry from anything I once would have dared to wear. As a chubby kid, I was relegated to “husky” jeans and clothes created by my grandmothers. The latter included ascots and flowered vests. Perhaps unsurprisingly, these usually left me feeling like a fashion outsider.

In my teens, I attempted desperately to follow the trends – splurging on Calvin Klein jeans and popping the collars of layered pastel Polos. But as we lived in a place where cowboy boots and hats still ruled the day, my choices mostly got me picked on by country roughnecks.

Next, as an young adult, I conformed to the work world. There were lots of navy suits, white shirts and conservative ties in my closet. That was the “corporate dress code”, and I felt fairly certain that fitting in was the way to success.

I finally hit my style stride when I became an author. It helped that, since I was not going into an office every day, I was not so constantly confronted by convention. Turns out that – while I was unlocking myself as an artist, I was also unlocking my sense of fashion adventure.

In workshops, I teach that writers should have no fear when it comes to their work, so that they can heed whatever inspiration calls to them. Ultimately, I came to feel the same way about fashion. An egalitarian, I can enjoy a five-dollar scarf I find at Goodwill as much as a luxe Versace jacket. I will mix a pair of Trina Turk pants in a wild print with a classic white tuxedo shirt — worn open, without a tie.

And, yes, I guess that some days I dress like Dyan Cannon.

Like Dyan (and Christie Brinkley, Halle Berry, Jane Fonda, Sting) I couldn’t care less what people think I should be wearing as a “mature” person. In fact, I refuse to let age keep me from dressing on my own terms. And like young trendsetter Jaden Smith, I won’t let notions of masculinity or femininity get in my way, either.

It’s likely I have my mother to thank for this spirit of fashion independence. When I was growing up, she was something of a trendsetter in the Ozarks. At that time there, women’s fashion revolved largely around overalls. However, Mom wore billowing palazzo pants and outrageous jewelry. She was known to change her hair color from blonde to black overnight.

Sometimes, I would act embarrassed — begging her to tone her look down and wear something preppy. “You shouldn’t care a whit about what people think of what you wear, how you act or what you do,” she’d reply. “The world wants us to conform, but the strong do not.”

Today, my style is a testament to the fact that I finally took her advice to heart.

Gary, of course, still delights in calling me “Dyan.”

I take it as a compliment.