Written by Colin Drucker and Johnny Atorino| May 16, 2018| Entertainment, Screen 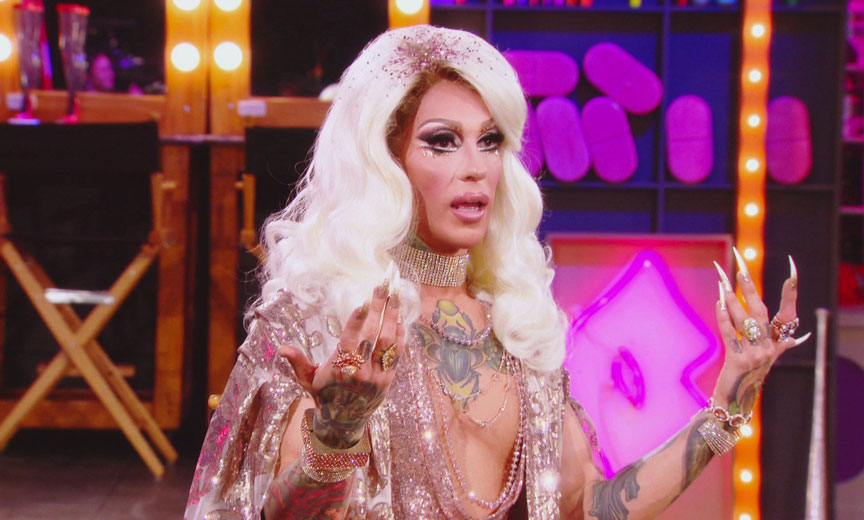 Few queens on RuPaul’s Drag Race have flown under the radar the way Kameron Michaels has this season. She’s had the fewest talking heads and has been involved in almost none of the storylines so far. And yet week after week, she has been slaying the runway with a versatile range of looks – from Real Housewife realness to dark-winged Maleficent, she was a surprising standout in the PharmaRusical and “The Bossy Rossy Show,” and she made it through Snatch Game relatively unscathed.

We’ve been saying that Kameron needs to turn up the volume to stand out, but what we’re really referring to is her participation in the reality television show she’s on, not the competition she’s participating in on that reality show. We’ve come to expect backstories and personal struggles on this show. Up until this point, the only backstory Kameron has been shown sharing is her past habits of ditching her drag for relationships and her experience as a muscle queen doing a feminine illusion. We’ve also never seen her critique a queen or throw an ounce of shade. This isn’t just a Miss Congeniality move; this is long-term strategy. Countless past contestants have emerged from Drag Race with reputations both great and terrible, based solely on how they were perceived on the show. Queens may not be able to control what footage the producers and editors use of them, but they can control the contents of that footage. It’s tricky territory, though, and Season Six’s Laganja Estranja is a poster child for self-producing gone very wrong.

Is Kameron Michaels self-producing? In a way. Fan theories (and alleged T) are that Kameron is being very deliberate about how and what she shares of herself. However, she’s also producing strong enough runways and performances that they can’t really penalize her for that. (In some ways, it’s reminiscent of BenDeLaCreme’s determination to play by her own rules on All Stars 3.) Kameron’s nuanced 60’s era Cher in this week’s “Unauthorized Rusical” was maybe not the hardest role in the show, but her take on it felt focused and committed, with the attention to detail in Cher’s voice and mannerisms that the judges were really looking for.

Kameron also needed to win this week’s challenge; at some point, being safe every week is worse than being in the bottom; it’s boring. However, if we’re going to talk about queens who have been repeatedly safe, let’s talk about Miz Cracker, who was robbed this week. Cracker has had a run this season similar to Thorgy Thor in Season Eight or Pandora Boxx on Season Two; the judges seem to like her and appreciate what she’s doing or at least trying to do, but they always just like someone else more. This week the judges were underwhelmed by her “Believe” era Cher’s celebration of autotune. Michelle Visage even questioned the vocoder gag itself, which wasn’t even Cracker’s idea. In our humble opinions, though, it was the funniest Cher of the night, and she nailed the choreography and characterization with classic Cracker charm.

Monet X Change’s variety show era Cher, calling out the cultural appropriation of wearing Native American headdresses as fashion pieces, was a perfect fit for her skills as a singer and dancer. Monet credits Carol Burnett as one of her idols, and we certainly saw Burnett’s sly charm at play in her performance this week. Meanwhile, Asia O’Hara struggled with a Moonstruck era Cher, even forgetting the words at one point. Her ad-libbing (“I screwed up all those words!”) saved it from being a complete disaster, but there was no question she’d be in the bottom.

Did Someone Say Glitter?

The Glitterific runway was uniformly excellent this week, from The Vixen’s construction foam couture to Miz Cracker’s grim & gilded regurgitation fantasy. The Vixen fell into the bottom with Asia, which was nothing short of poetic irony after their heart to heart in the workroom earlier in the episode. While much of The Vixen’s storyline this season has been around her conflicts, her conversation with Asia highlighted the very real pain underneath that conflict. Both queens shined in the lip sync to Deee-lite’s “Groove is in the Heart,” but Asia took the win with humor, charm and a confident ease that was mesmerizing to watch.

Next week’s Westworld inspired acting challenge could (and frankly, needs to) yield a win for Monet or Cracker. They are the only two left in the competition without a main challenge win under their belts, and unless RuPaul saves two queens in a future lip sync or an eliminated queen is brought back (almost every season has had one or the other happen), there are only two challenges left. (This is assuming that this season’s finale will be similar to Season Nine with a Top 4 lip sync battle.) Asia has shined on the runway but stumbled in every performance challenge; will she redeem herself this week? We’ve seen Aquaria navigate improv challenges with surprising ease, but can she bring a script to life? Eureka’s been accused of stepping on toes with her big personality but applying that energy to her role could be a winning combination, landing her a third win and warming up her spot in the finale.

That, of course, leaves Kameron Michaels, the emerging quintessential dark horse of Drag Race. Her decision to keep her cards close to the chest might make her a less engaging cast member to follow on the show, but it has made her more exciting to watch each challenge. We can confidently say that we have no idea what she’ll do next, and that kind of unpredictability makes for great TV. 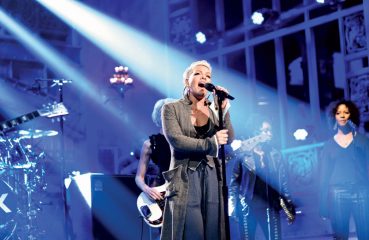 P!nk Takes Her “Beautiful Trauma” Tour on the Road

“I forgot the words; S**t!” That was P!nk’s reaction to fumbling the lyrics of her 2006 hit, “Who Knew” during a recent concert at Madison Square Garden. It’s this... 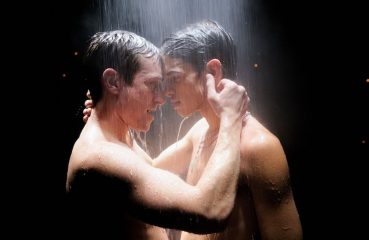 A 90-Minute Drama You’ll Never Forget, as You Linger in “Afterglow”

What keeps Afterglow burning? Yes, it’s a one-act play with sex as a key plot point. But audiences seem more riveted by its ideas than its nudity. It’s an odd...