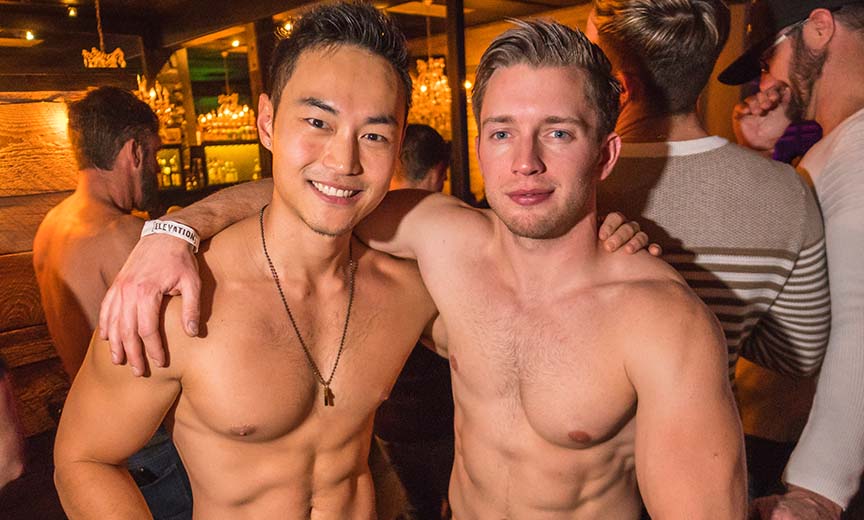 The East Coast Finally Gets Elevation. 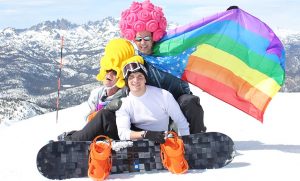 Elevation is the most fun you’ll ever have. Image courtesy of Elevation Gay Ski Week.

Anyone else a little over the fact that all the fun gay ski weeks seem to happen out West?! I mean, come on, we’re the ones who put up with polar vortexes and frankenstorms and snowpocalypses–so shouldn’t we at least get in on some winter sports too?

Well, someone’s finally taken notice and sporty New Yorkers are about to be blessed with the latest outpost of ELEVATION: the largest gay ski gathering in the world.

It’s Everywhere You Want to Play

Producer Tom Whitman is bringing his Midas touch to the slopes of Tremblant, Quebec, the #1 ski resort on the East Coast. 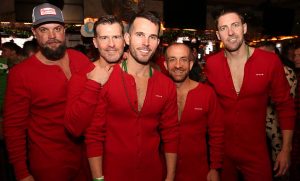 Meet your next man or best friend at Elevation! Image courtesy of Elevation.

ELEVATION MAMMOTH has long been the gay ski week gold standard out West, so you’ll understand my excitement that the event is heading East.

I know, I know, Canada sounds so exotic and distant, but it’s actually only a couple of hours drive from NYC to Quebec’s “trembling mountain.” (Yes, I googled it, that’s actually what Tremblant means in Algonquin, k?)

Plus, who doesn’t love a man from Montreal?

Whitman says he’s always wanted to expand East, and Tremblant checks all the boxes. “It’s one of the best ski towns in North America and Quebec is famously welcoming to the LGBTQ community. It’s a great place to taste a little Quebecois culture, drink in some natural beauty, and hang out with sexy, friendly boys and girls from Toronto and Montreal.”

This year, Whitman’s three ELEVATION events, the “Triple-Crown of Gay Ski,” are well-spaced enough that you could conquer them all.

Get in While You Can 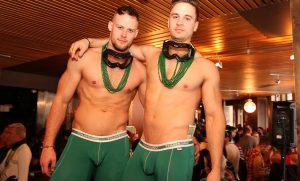 You’ll never get cold with all the heat at Elevation. Image courtesy Elevation Gay Ski Week.

First up is the freshman event in Tremblant.

Taking place January 31st to February 3rd, it’s just far enough after New Years that you’ll be ready for a midwinter gay getaway. In its inaugural year, ELEVATION TREMBLANT is sure to draw a massive crowd of ELEVATION enthusiasts, sporty New Yorkers, and Canadian first-timers (be gentle, they’ve never done this before).

Get in on this event early. Years from now, when Tremblant’s gay ski week has become an annual tradition for all the gays from Toronto to Boston, you can say you were one of the first.

Next up is the 9th annual ELEVATION Utah. Set February 21-24th, that gives you three weeks to recover from your Canadian kiki before you meet up with 1,000+ bromos and slope sisters for the annual invasion of the gays in Park City, home of Sundance, the Salt Lake Olympics, and plenty of former-Mormons who just wanna let loose.

If you haven’t been recently, it’s worth noting that Park City and Canyons resorts merged a couple of years back, so that’s 7300 skiable acres and some of the world’s most beautiful vistas.

And if you’ve never been before, expect to be pleasantly surprised by how friendly everyone is. 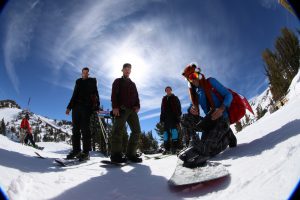 Whitman says he started ELEVATION MAMMOTH to offer an alternative to the gay party scene in the great outdoors. “What makes ELEVATION work is the attitude of the attendees, or lack thereof. We encourage everyone to be friendly, to introduce yourself to new people. Every year people return because of the friends they’ve made and the connections they’ve forged.”

While each ELEVATION event has its own local flavor and flair, there are a few events I personally look forward to every year: The Onesie Apres Ski is a classic (seriously, don’t forget your onesie. If you don’t have one, you’re doing life wrong), the Mammoth Aprés at 10k is the only time I’ve seen someone twerk in ski boots, and the all-new main event, GEAR, is perhaps the sexiest party of the week.

It’s like a warehouse party at altitude (don’t think about it too hard). The dress code is in the name: transform your ski equipment into something a little kinkier, just put some THOT into it… or go ahead and pack your harness. I know you’ve got one.

Every year, I have a different experience at ELEVATION. You can ski all day and crash early, party hard and sleep in, or be the first-chair-last-call hero we all wish we were.

My body is ready. Let’s have a ski-ski. 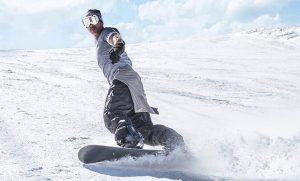 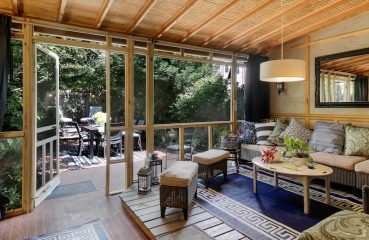 Bedford-Stuyvesant is experiencing a renaissance, and perhaps the best way to know that’s true is to look into the neighborhood and actually see what kinds of properties are... 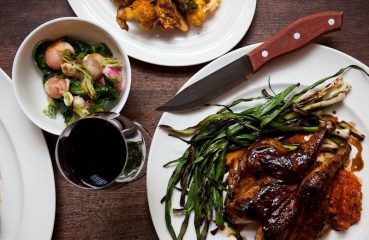 It turns out you don’t have to slave over a hot stove for half a day, then spend your post-holiday evening up to your elbows in dishes. At the Breslin — a contemporary,...