Elle — a Departure for Verhoeven

While it’s true that this film tells the story of the life, love and inner struggles of a fabulous French woman, such appellations vastly understate the amount of sex, violence and intrigue on screen in Elle. Of course that’s to be expected from Paul Verhoeven — the director of lowbrow treats like Basic Instinct, RoboCop and Total Recall — who here serves up a savory rue of civility and savagery. Michèle, played by the exquisite Isabelle Huppert, has a beautiful life that’s suddenly upended by an act of extreme violence. As she processes her ordeal and a wealth of other intense dramas from both her past and present (with occasionally perplexing and delightfully unflappable detachment), her simultaneously icy and hot nature becomes ever more fascinating. THE WORD: Verhoeven keeps the shocks coming throughout this intelligent, often salacious, and sometimes darkly funny character portrait. WHERE TO WATCH: In Theaters 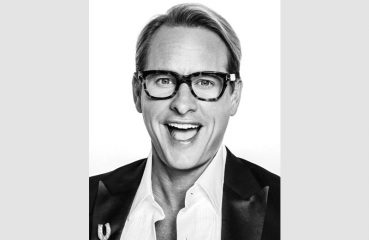 Kressley Lately: Much More Than a Queer Eye for Straight Guys

Nearly a decade after the finale of Queer Eye, Carson Kressley is still offering style advice and serving sass on reality television — and even he can’t believe it! We caught...

Mention of Leo Tolstoy’s opus War and Peace is often enough to induce yawns: not this time!...