A Hotsy Totsy Burlesque tribute to Doctor Who 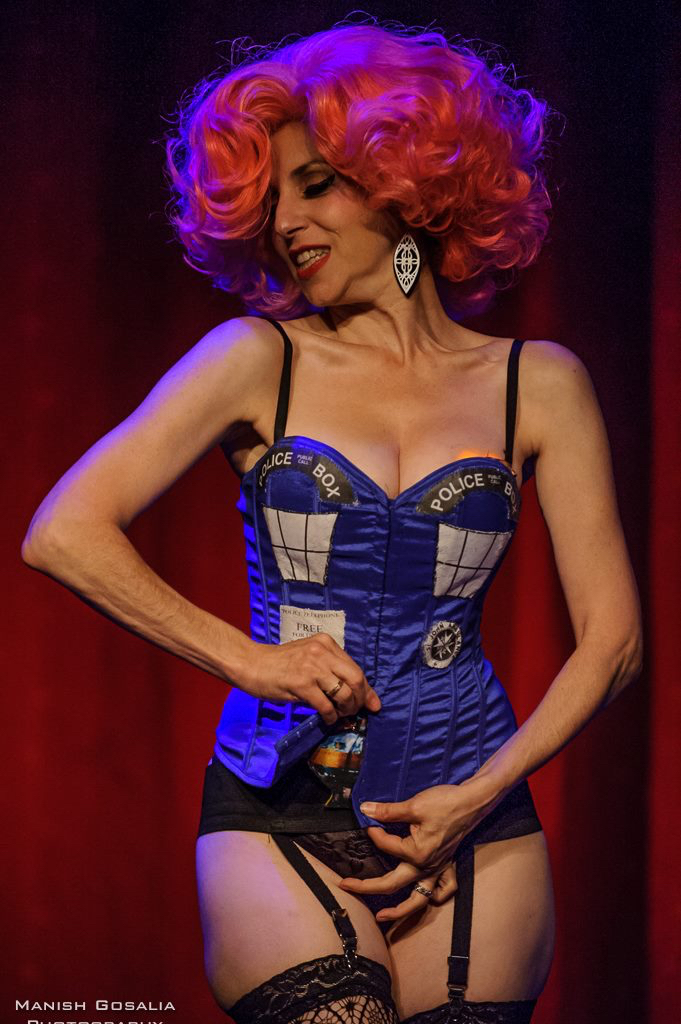 Cherry PItz is missing and Handsome Brad believes that she has been abducted by villains from space. Luckily, he has the private phone number to the Tardis and the 13th Doctor has come to help solve the mystery and bring her back home.

We have been waiting over a year for the new season of Doctor Who and now that it is finally airing on New Year’s day, and we are so giddy we just needed to celebrate Burlesque style. Be prepared for Cybermen, Daleks, Weeping Angels and of course the new female doctor who whos takes it upon herself to sort out fair play throughout the universe.

Eleven years ago, Cherry Pitz and Joe the Shark partnered up to produce Hotsy Totsy Burlesque and it’s been a fabulous ride! We play to often sold-out shows and our dedicated fans gleefully follow the soap opera that is Hotsy Totsy often declaring after each performance, “That was the best show you folks have ever done!” As performers and writers we have grown as a troupe and as friends and are happy to move into our 11th year looking forward to the rhinestones, glitter and mayhem the next 10 years shall bring!

Every month you are invited to The Home For Wayward Girls and Fallen Women. The residents of the home need money to keep their hotel open and to buy G-strings and glitter. Sadly, the shows have had their technical difficulties and in the past they have had to combat Daleks, Darth Vader, The Borg, Zombies, Network Censors, Evil from other dimensions and He Who Should Not Be Named! The ladies promise you beautiful, clothing-averse women, lots of laughs, spinning tassels, and flying underpants. So join us for Hotsy Totsy Burlesque at The Home For Wayward Girls and Fallen Women where the motto is “We’ve fallen, we can’t get up, and we like it that way!