All I Want for Christmas is Attention Tour – BenDeLaCreme & Jinkx Monsoon 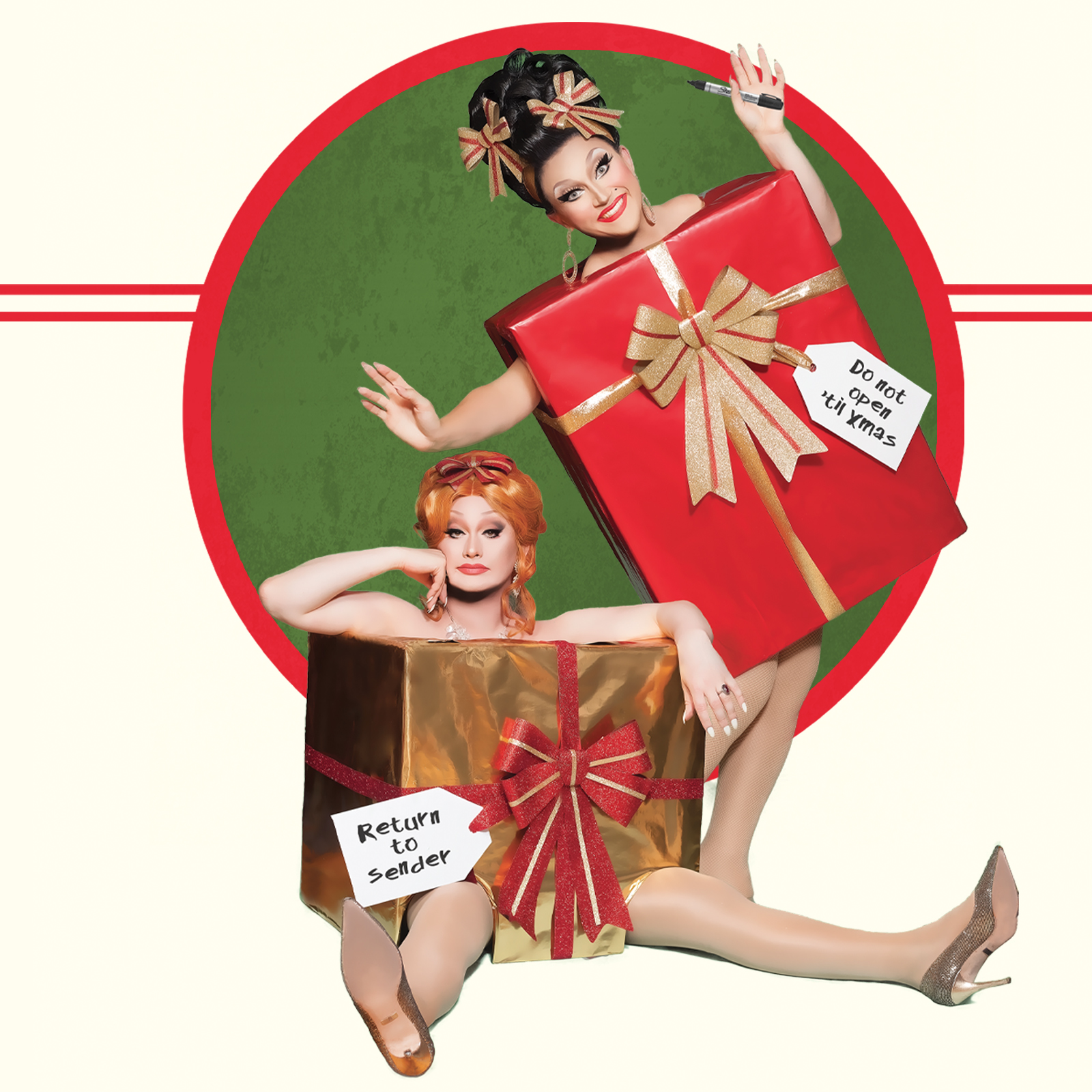 Seattle sisters and drag superstars BenDeLaCreme and Jinkx Monsoon have joined forces once again to present a new holiday extravaganza, All I Want for Christmas is Attention, to audiences across the US and the UK. After last year’s wildly successful To Jesus, Thanks for Everything, Jinkx and DeLa return to the stage this holiday season in a high-spirited scramble to maintain your interest! DeLa is all sugar and Jinkx is all spice – but how do these two very different gals deal with the stress of the holidays? A little song, a lot of eggnog, and theaters full of people looking at them… Yup – all they want for Christmas is attention!

Sweet as pie and sharp as cheddar, the terminally delightful BenDeLaCreme is best known as Miss Congeniality from Season 6 of RuPaul’s Drag Race, as well as the multi-record breaking powerhouse of All Stars 3. She has performed throughout the world, premiered four critically acclaimed solo shows Off-Broadway, and has written, directed, and produced a myriad of narrative and variety spectaculars that have played to sold out audiences for over a decade. Last December she produced her first national tour with To Jesus, Thanks for Everything, Jinkx and DeLa! All I Want for Christmas is Attention marks DeLa’s first producer credit for an international tour under BenDeLaCreme Presents.

BenDeLaCreme Presents is the production company founded by BenDeLaCreme. For over a decade BenDeLaCreme has combined her background in the performing & visual arts with a love of spectacle, glamour, and Saturday morning cartoons—dazzling crowds throughout the US, Europe, and Australia. DeLa has also produced, written, directed, and performed in many of Seattle’s favorite shows including Beware the Terror of Gaylord Manor at ACT Theatre.

Jinkx Monsoon is a hard-working single mother with ambition. Since winning Season 5 of RuPaul’s Drag Race, she has toured the world performing her original cabaret shows with her music partner, Major Scales. The duo has also released two albums: The Inevitable Album & The Ginger Snapped. You may recognize her voice from Cartoon Network’s Steven Universe and Mighty Magiswords. Her web show, Cool Mom, co-starring her comedy partner Nick Sahoyah, can be seen exclusively on WOW Presents Plus.