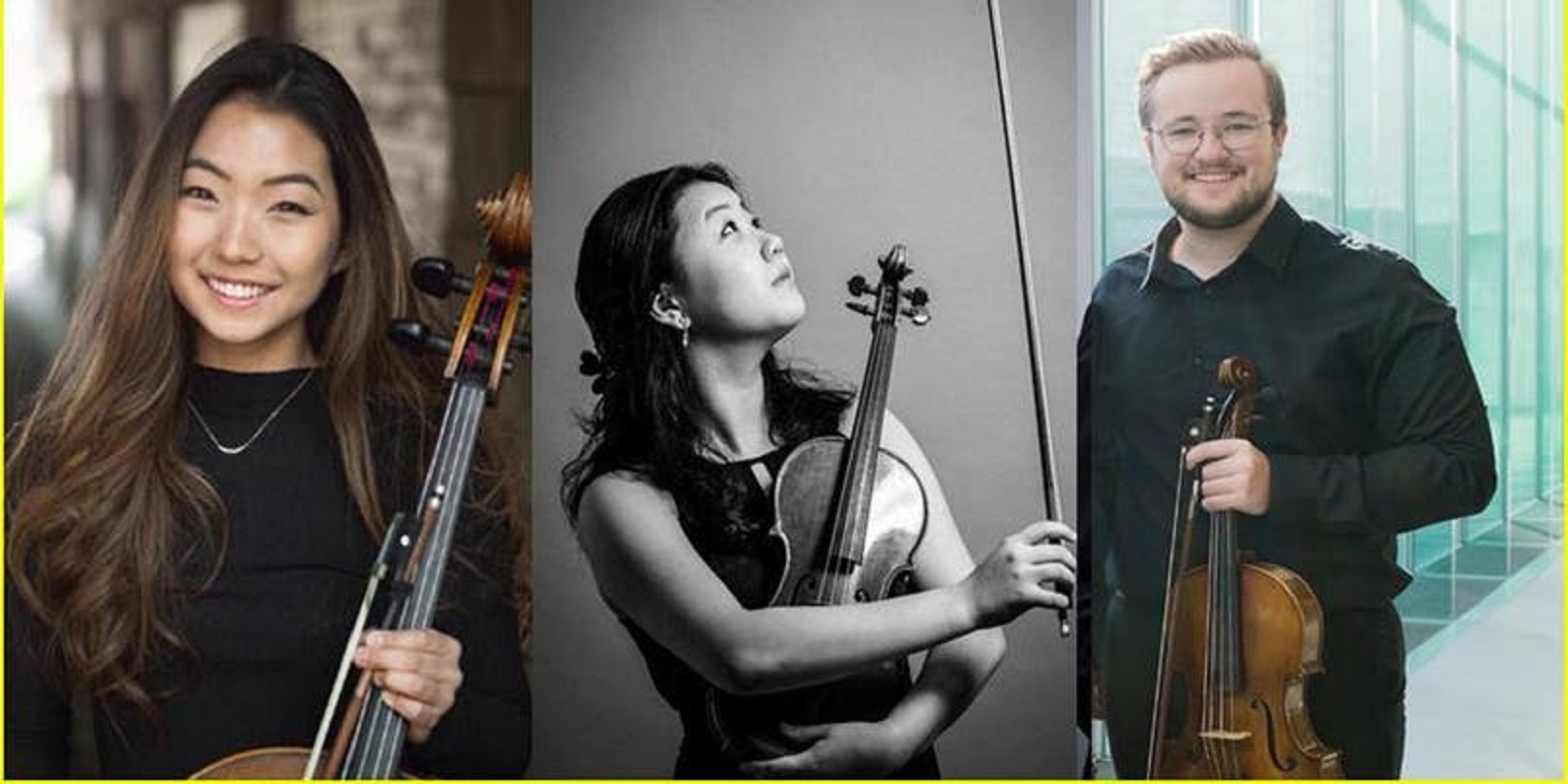 Back by popular demand, Violinist Yaegy Park, is joined by two other exceptional Juilliard musicians in this Chamber music concert!

ABOUT THE ARTISTS:
Yaegy Park, violin

Jacob started playing violin under the instruction of his father, Michael van der Sloot, when he was 5. He switched to viola when he was 13 and since then has numerous accomplishments in the classical music scene. Jacob has performed in Carnegie Hall and David Geffen Hall in New York City, Museo Del Violino in Cremona, Bing Concert Hall in Stanford and the Beijing Conservatory Concert Hall, among others. Recent awards include 1st prize at the Louis Sherman Concerto Competition and 2nd prize at the NAC National Bursary Competition. Aside from solo playing, Jacob is extremely passionate about chamber music.