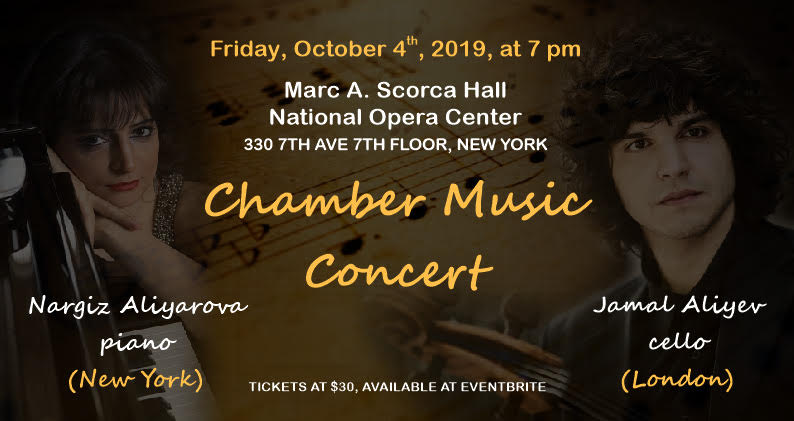 New York-based Azerbaijani artist Nargiz Aliyarova is an international pianist and professor. Aliyarova has been on stage as a soloist, collaborative musician and a performer with chamber and symphonic orchestras in over 40 cities. Her repertoire includes music ranging from baroque to contemporary. London-based cellist Jamal Aliyev has performed widely in Europe and beyond and is rapidly becoming one of the most sought after cellists of his generation. He is a BBC Introducing Classical Artist, has won numerous competitions and performed on BBC Radio 3, Medici TV and London Live TV on many occasions. Aliyarova teams up with Jamal Aliyev, also from Azerbaijan, to present classical chamber music by Turkish, German, Austrian, French, and Azerbaijani composers.