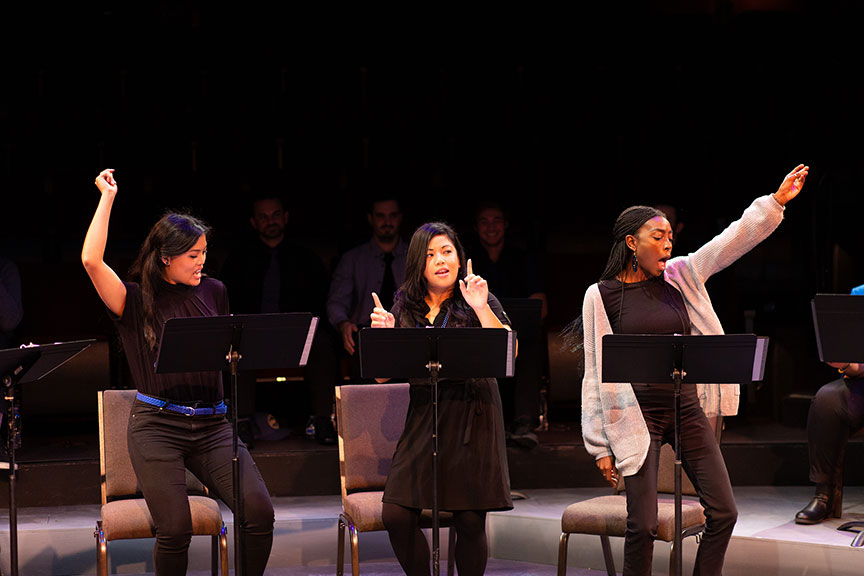 The Old Globe today announced it will present the seventh annual Powers New Voices Festival, a weekend of readings of new American plays by some of the most exciting voices writing for the American theatre today, playing January 10–12, 2020. Playwrights include Chad Beckim, Jiréh Breon Holder, Tony Meneses, and Karen Zacarías; directors include Shelley Butler, Edward Torres, and James Vásquez.

The Festival kicks off on Friday, January 10 at 7:30 p.m. with Celebrating Community Voices, an evening of short works created by San Diego residents through the Globe’s arts engagement programs Community Voices and coLAB. These readings include Codeswitchin’ Is Conscious by Andréa Agosto, Pussycats by Thelma Virata de Castro, Tune Up by Tim Cole, The Mojave by Jaime Estepa, Transit Stop by Jordan Jacobo, When the Sun Dies by Melanie Taing, and Courtesan Way by Zakiyyah Saleem. All of the readings will be directed by Gerardo Flores Tonella and Katherine Harroff. The Community Voices and coLAB initiatives are play-development workshops that provide professional theatre-making skills to select San Diego communities. This evening is a curated collection of some of the best short scripts developed in these programs.

The readings by professional playwrights commence on Saturday, January 11 at 4:00 p.m. with El Borracho by Tony Meneses (Guadalupe in the Guest Room, The Women of Padilla, twenty50, and The Hombres), directed by Edward Torres (the Globe’s Familiar, Native Gardens, Water by the Spoonful, 2017 PNVF What You Are; award-winning world premiere of The Elaborate Entrance of Chad Deity).
It will be followed at 7:30 p.m. by Nothing Gold Can Stay by Chad Beckim (The Main(e) Play, That Men Do, Mercy, and After), directed by Shelley Butler (the world premiere of A Doll’s House, Part 2 at South Coast Repertory, The Magician’s Daughter at Geva Theatre Center, Wrecked at Contemporary American Theater Festival).

The Festival continues on Sunday, January 12 at 4:00 p.m. with the Globe-commissioned The Age of Innocence by one of the most-produced playwrights in the U.S, Karen Zacarías (the Globe’s Native Gardens, The Copper Children premiering at Oregon Shakespeare Festival in 2020, Destiny of Desire premiered at South Coast Repertory and Goodman Theatre and continues to run regionally), directed by James Vásquez (the Globe’s American Mariachi, Tiny Beautiful Things, Dr. Seuss’s How the Grinch Stole Christmas!, upcoming Hurricane Diane and Hair).

The Festival wraps up that evening at 7:30 p.m. with the Globe-commissioned Shutter Sisters by Jiréh Breon Holder (Too Heavy for Your Pocket in the 2018 PNVF, …what the end will be upcoming at Roundabout Theatre Company, “New Amsterdam”), directed by Shelley Butler (see above).