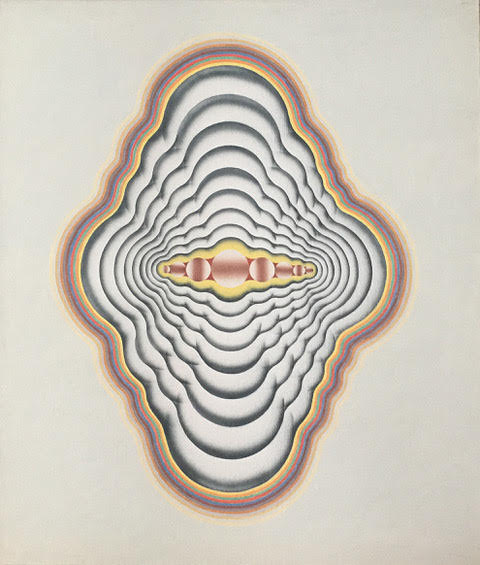 The conversation is in celebration of the monograph Kim Tschang-Yeul that includes an essay by Yun, “Kim Tschang-Yeul: The New York Period 1965-1969”.

The event is on Monday, November 11, at Tina Kim Gallery, 525 West 21st Street. The private viewing begins at 4:30, followed by the conversation from 5 to 6 PM.

Kim Tschang-Yeul (age 90), is one of the most important figures in the establishment of contemporary Korean art and has been a major influence in global art discourse. Fleeing the communist regime, the artist moved from Korea to New York in the late 60s where he experimented with abstraction and pop art then and to Paris in the 70s where he then developed the minimal and photorealistic ‘water drop’ which would captivate his practice for the entirety of his career thereafter. New York to Paris, is a unique opportunity to experience a range of movements such as pure abstraction, pop art, op-art, and minimalism through the practice of an artist who has been a silent hero of Korean art history. New York to Paris is on view through December 7.