The Christmas Carol: A Queer Fantasia 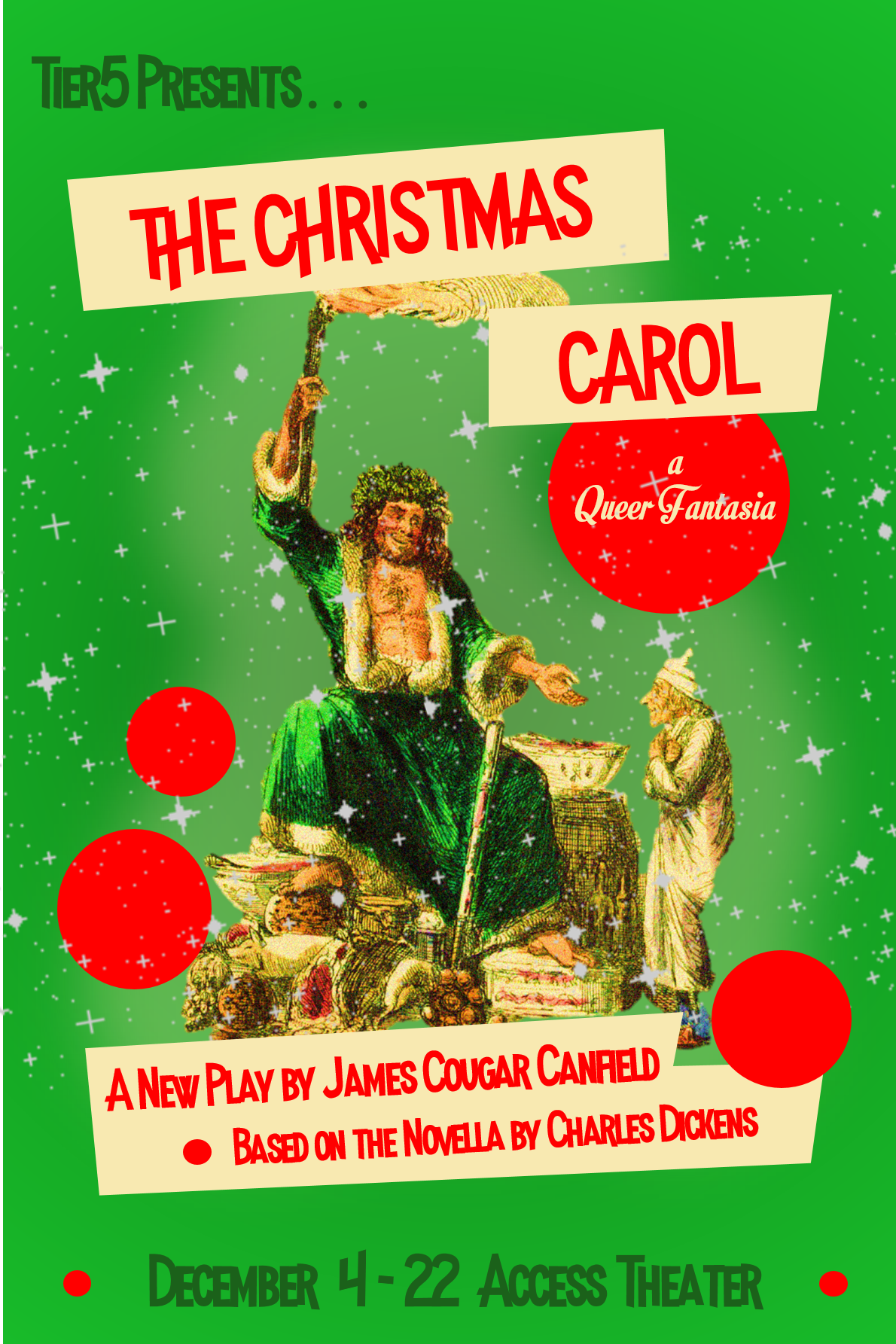 From the award-winning team behind the sell-out successes, Ladies in Waiting: The Judgement of Henry VIII and meg jo beth amy & louisa, comes their latest production: The Christmas Carol: A Queer Fantasia, a new fab take on Charles Dickens’ Christmas classic! This will be its world premiere at the Access Theater this holiday season! As we know, Ebenezer Scrooge is the literal worst. And it’s going to take some serious fabulosity to turn this ChristMESS into a ChristYAS. Can three otherworldly specters show this humbug the true meaning of Christmas?

The iconic Dickens Ghost Story of Christmas gets turned on its head in this inclusive, timely adaptation of the classic that explores what it means to walk among your fellow humans regardless of how they look and who they love. In an ever-growing social narrative of how people of privilege and wealth need to do more than privately say they support the downtrodden, Tier5 highlights the lesson that you need to put your actions, and your money, where your mouth is. It isn’t just enough to say you support someone, you need to walk amongst them instead of passively watching the world change around you.

As Canfield puts, “Christmas Carol has always been one of my all-time favorite stories, it was a tradition in my family to go see the stage version of it every holiday season. We watched The Muppet Christmas Carol religiously every December. I wanted to write a new twist on the tale that was a bit more inclusive, one that I could actually see myself in, as a queer-identifying man. More than that, I wanted to write something that allowed others to see themselves in a narrative that previously felt quite antiquated.”

“There’s also something really special about the story in that it allows people of all financial statures to be looked at as human,” says Canfield. “I wanted to expand on that. Yes, financial status and class, but also sexuality, race, gender, ability, etc: all of these people are real, important, beautiful humans regardless of any of the aforementioned attributes, and it’s the responsibility of those with privilege to be there for those who have been disenfranchised when they reach out for a helping hand.”

“Sometimes I feel like theatre lacks joy. We focus on too much of the drama that we forget that we can still make an important, powerful statement AND have a really good effing time too. I wanted people to feel moved, to feel more human, but also walk away uplifted.”

Tickets & Performance Schedule
The Christmas Carol: A Queer Fantasia will run from December 4th – 22nd at 8 PM, Wednesday – Saturday, 2 PM on Sundays, with a special 2 PM matinee on Thursday, December 19th at Access Theater, 380 Broadway, New York, NY 10013. Tickets are $25, with special discounts for students and veterans, and available at accesstheater.com.