Joe Lazo outlines his unexpected path from fashion to fitness and what he learned along the way.

Joe Lazo trains at elite fitness clubs and is featured on the Bravo show Work Out New York. We caught up with him to ask about his career evolution and fitness philosophy.

How would you describe Work Out New York?

It’s a docuseries following six young fitness professionals and how we’re growing and developing in our industry, which has grown vastly over the past few years and will continue to grow.

You started out your career as a model?

When I was in college, I signed with Major Model Management. It was great. I had a lot of wonderful experiences and met so many cool people, but it wasn’t exactly what I wanted.

I wanted to pursue something in fashion, so when I moved to Miami, I became a denim specialist. I managed a men’s luxury goods store in the Bal Harbour Shops. I moved back [to NYC] and got a job at Prada. I worked with Prada for a few years, and realized [that] I appreciate the art form but it’s not something I ultimately want to work in because I could never be a designer. I’m just not that creative, and the administrative side of it isn’t that interesting to me.

So how did personal training enter the picture?

When I gave my two weeks’ notice at Prada I didn’t know exactly what I wanted to do, but I figured if I didn’t make a change I would never do it. When those two weeks were up, I still didn’t have a job and was like, “Sh*t, what am I going to do?” A friend of mine who was a trainer at David Barton [Gym] told me I should become a trainer. I was like, “Dude are you kidding me? I’m going to take like an $80,000 pay cut!” He told me, “You’re making zero right now, so it’s better than nothing.” So I got a job at David Barton and four years later I’m on a fitness reality tv show.

How has your career as a trainer continued to evolve?

Once I got into fitness, I came across a guy named Bob Harper from The Biggest Loser. I realized that is exactly what I wanted to do: I want to be the next Bob Harper. … Bob, oddly enough, became a mentor of mine through the grapevine. He’s done great for himself, but at some point someone has to become the next guy, and I’m hoping to be that dude in line.

How can people squeeze more workout time into their days?

You don’t have to do hard stretches or intense yoga at your desk. My program is called Functional Movement, meaning movement that mimics an everyday movement. Everyone sits down and stands up, for instance: A squat is sitting down and standing up, right? Everyone has to get off the floor or the bed, so a burpee is “getting off the floor.” A deadlift is “picking something off the floor.” A shoulder press is “putting something on the top shelf.” People do functional movement all day and don’t realize they’re working out because they’re not in a gym setting.

What’s a challenge you faced that informs how you help others?

You don’t want to have one glute stretched and not the other because it can cause lower back problems. I take this so personally because when I was young I had these really bad lower back problems, and no one knew what it was about. It wasn’t until I got out of college, I found out through a chiropractor that I had one leg shorter than the other. Because of this short leg scoliosis I had one glute that was always fired and engaging. … It took 12 years of going to doctors and chiropractors until we figured it out.

What’s your top tip for living a healthier life?

The first thing I tell people is to cut alcohol as much as you can. I know that might be impossible for some because … alcohol is the number 1 most acceptable social lubricant. [But] there is no study in the world that says alcohol is beneficial to the body. Yes, resveratrol, which is the chemical that’s in wine that’s “good for your body” is, in fact, good for your body, but no one cares to mention that in order to have an effective amount, you need to have roughly a thousand bottles of wine. No one is going to drink a thousand bottles of wine to have the positive effects of resveratrol.

How should we be rethinking our workout routines?

Continuously change the classes you are attending. … If you’re a SoulCycle lover, don’t only go to SoulCycle because it becomes mundane for your body. If you like class workouts, go to a boot camp one day, yoga the next, SoulCycle the day after that — then go to the gym and do heavy weight training on your own, then back to SoulCycle, yoga, boot camp and you’ve covered seven days. 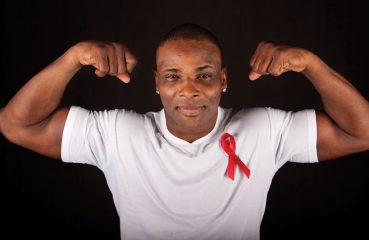 The Black AIDS Institute Is Looking for a Solution

We look at some of the ways an important organization is addressing the epidemic among the black community. The Black AIDS Institute takes its motto, “Our People, Our Problem,...

Introducing Cymatics, a Spa Treatment for Your Ears

Our quest for the world’s most unique spa treatments continues with a treat for one of the less spa-addressed senses....