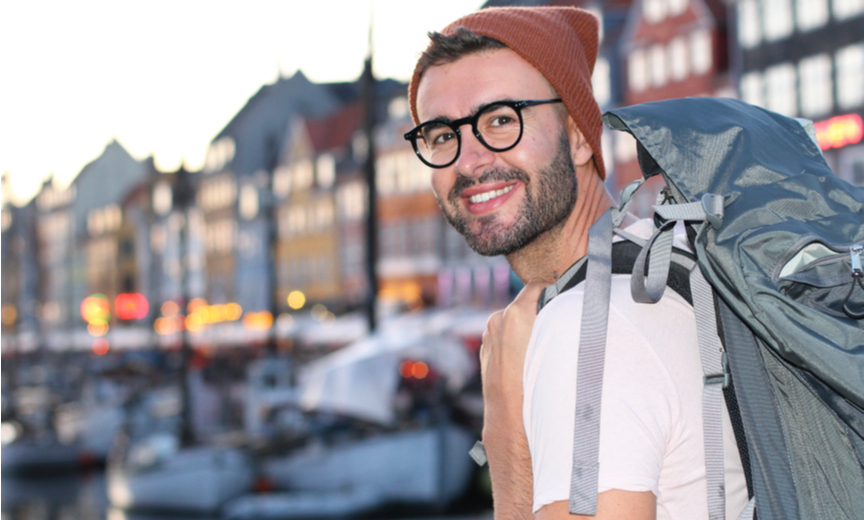 The American ambassador to Denmark introduces us to the unique hospitality of Copenhagen, where visitors can walk in the footsteps of The Danish Girl.

One of the more popular public figures in Denmark happens to be a gay American. Rufus Gifford, former U.S. Ambassador to Denmark and reality TV star, is handsome and well-spoken, married to an equally stunning man, and has won the Danish equivalent of an Emmy for his own documentary series. The show’s season finale, which featured Gifford’s wedding at Copenhagen City Hall, garnered huge ratings.

Gifford’s popularity amongst Danes is a testament to the fact that Danish culture has been at the vanguard of LGBT equality for decades. Other examples include one of last year’s most critically-acclaimed films, The Danish Girl, which chronicled the story of Danish artist Lili Elbe, who received pioneering gender reassignment surgery in 1930. The world’s second oldest LGBT organization was also founded in here in 1948, and it was to Denmark that American Christine Jorgensen traveled in 1952 for her widely discussed reassignment surgery. More recently, in 1989, Denmark became the first country in the world to legalize civil unions. Same-sex marriage was legalized in 2012. 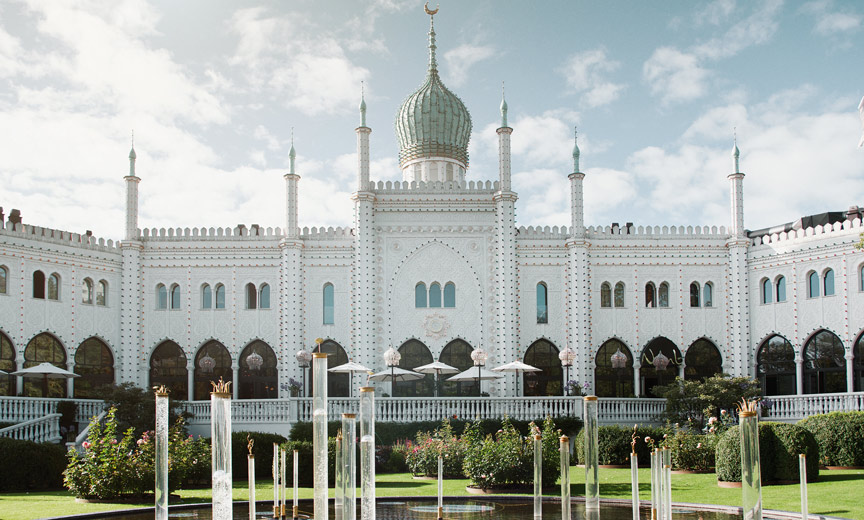 “In Danish society — and Scandinavian/Nordic society more broadly — there is a sense of personal liberty, personal privacy,” Gifford tells me. “The conservative vein of religion has never bled into the culture or politics, which has allowed for a more progressive ‘live and let live’ atmosphere: this sense of ‘what you do with your private life is none of my business.’ It’s a bit of a libertarian vibe.”

“I adore Copenhagen,” says Eddie Redmayne, star of The Danish Girl, of the city where much of the film was shot on location. “There is beauty, stillness — and you get a light that is so specific.”

Visitors to the Danish capital can walk in the footsteps of the film’s stars on a stroll from the maritime charms of the port area Nyhavn to the rococo opulence of Frederiksstaden. Much of Copenhagen’s city center has been untouched by modern development, which allowed

Gifford tells me that he is partial to Copenhagen’s outdoor spaces like Islands Brygge. “You’ve got these swimming pools, and you can rent little boats,” he says. “Get a bottle of wine and sandwiches. In the summer, it’s full of beautiful people.” 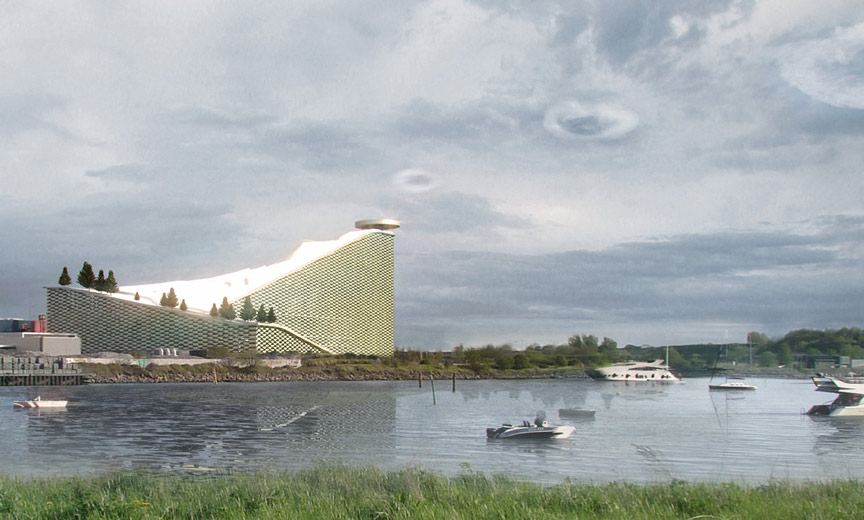 Other sites on Gifford’s local “must-see” list include the city’s picturesque amusement park Tivoli Gardens and the Royal Deer Park Dyrehaven. Not far from there, design aficionados shouldn’t miss Ordrupgaard Art Museum (ordrupgaard.dk/en) with its celebrated black lava addition. The museum also owns the neighboring home of the late, respected architect Finn Juhl; it is perfectly preserved and filled with furniture of Juhl’s own design.

One of the most celebrated museums to open in recent years is the subterranean M/S Maritime Museum of Denmark (mfs.dk/en), which visitors access via bridges that spiral gently downward into an interactive sensory journey that explores nautical life from the Vikings to the 21st-century. For those seeking a lasting imprint of their visit, the museum boasts a tattoo parlor, and its upcoming exhibition “Sex & the Sea” will delve into the (often same-sex oriented) sexuality of sailors.

Read Next | This is Why LGBT Tourists Adore Amsterdam

With more than 4,000 miles of coastline, Denmark has access to extraordinary maritime bounty — one of the reasons Copenhagen’s celebrated restaurants now boast 20 Michelin stars, making the city the most Michelin-starred Nordic capital. It’s also home to the 2011 Bocuse d’Or titleholder of the “World’s Best Chef.”It’s little wonder that Gifford includes a “foodie tour” as one of his favorite activities for visitors, insisting that in Copenhagen, even the street food is fantastic. He suggests sampling some on Paper Island. “Especially in the summer,” he says, “it’s just full of people and full of energy.”

René Redzepi’s Copenhagen restaurant Noma (noma.dk) is known as one of the world’s best restaurants and prime example of New Nordic cuisine. While the chefs of Noma recently took a culinary visit to Australia, its premises were borrowed by 108 (108.dk/en) — which offered innovative Nordic dishes such as salt baked celeriac, caramelized milk skin, linseed pie, and preserved rose hips — while awaiting the completion of its permanent home a few blocks away.

KOKS, which has been awarded the title of best restaurant in the Nordic countries, also recently opened a pop-up in Copenhagen. Its cuisine is nothing short of revelatory and is bound to tempt Demark tourists to consider a side trip to the Faroe Islands to visit the original.

“I’m very into the foodie culture,” Gifford muses. “I’m excited to eat food [that is] out of my comfort zone.” Ante takes guests out of their comfort zones in the best way possible. Guests arrive at an unmarked door alongside windows completely swathed in blue velvet, so there’s the sense of entering a secret world. From there, the restaurant elevates the dining experience to a sensory explosion of flavor, sight and sound. The 16-seat candlelit restaurant’s 12-course menu is presented with a sense of fanciful play. At the end of the three-hour event, you’ll want to applaud the chefs and wish you could hit replay and savor it all over again.

Thanks in part to sailors’ records, we know that Centralhjørnet (centralhjornet.dk) just might be the oldest gay bar on the planet. Located within sight of City Hall on Rainbow Plaza (where the world’s first same-sex civil unions were performed), the bar is a nexus of Copenhagen gay life.

Once the red-light center of Copenhagen, Vesterbro has much in common with the transformation of NYC’s Meatpacking District. While the girls still walk and the meat still moves, the neighborhood is more widely recognized for its art galleries, clubs, bars and restaurants. As Gifford says, “There’s always a new, interesting restaurant popping up around there.”

Located in the heart of the action, a few blocks from the city’s central rail station, Andersen Hotel (andersen-hotel.dk/en) features Philippe Starck furnishings alongside textiles in a vibrant palette of fuchsia, rose, crimson, and purple. The 73-room boutique hotel is also notable for their amiable staff, who are exemplars of hygge, a unique Danish concept related to comfort that has no exact translation. 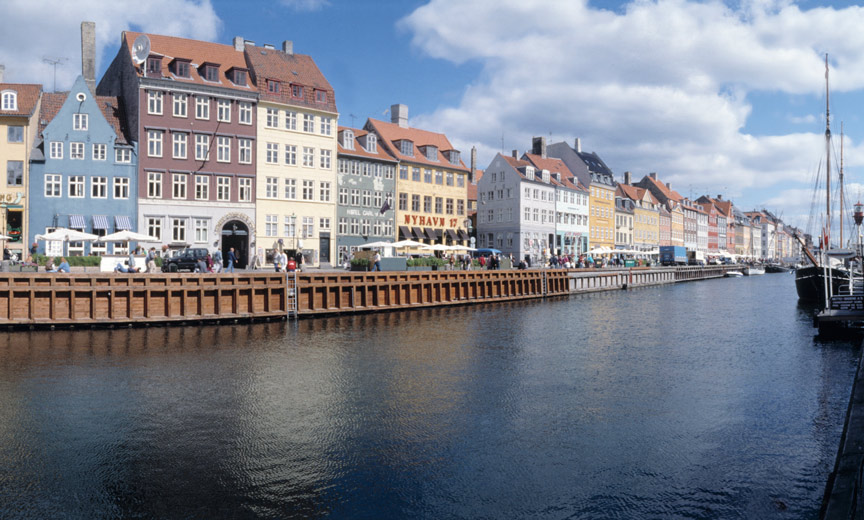 “Danes have a wonderful sense of the moment,” says Gifford, explaining hygge. “They make an effort to make the moment special. Whether that is lighting candles or bringing out blankets. Creating an environment in which conversation can be warm: it’s a spirit.” With such a warm concept at the heart of their culture, it’s no wonder Denmark is reputed to have the world’s happiest people.

Some of Copenhagen’s reputation for LGBT hospitality stems from Gay House (boessehuset.dk), the cultural community center located within the semi-autonomous neighborhood (or “Freetown”)of Christiania. A haven of activism and art since its inception in the 1970s, Gay House has hosted decades of parties, cabarets, and a long-running satire of the international song competition Eurovision.

Oscar (oscarbarcafe.dk) has also been a popular LGBT bar and cafe for years. Named for the famed Irish author who believed in yielding to temptation, Oscar serves classic comfort food, too, and Champagne buckets famously line its 40-foot bar.

Additionally, Copenhagen is the home of MIX (mixcopenhagen.dk), one of the world’s longest-running LGBT film festivals. Each autumn, more than 12,000 viewers partake in screenings and events meant to reflect LGBT life and work to increase the visibility of LGBT stories in film and media.

Read Next | Prague and Its Gay Scene

“When I think about myself in the LGBT community,” Gifford reflects, “I’ve never viewed myself as an ‘activist’ in any way, but I believe that it’s 100% my responsibility to advocate for the issues and to be honest about how I feel. You realize how people can change their minds the more open you are.” Perhaps this, too, is a kind of hygge — the ability to find comfort in celebrating exactly who you are. Ultimately, Gifford sums up the idea’s transformative power with a quote from Armistead Maupin: “The world changes in direct proportion to the number of people willing to be honest about their lives.” 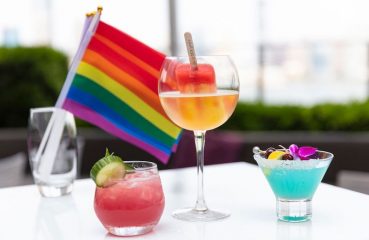 Get the Best out of Your Hotel Experience This Pride Season

What can tourists from across America and abroad expect from a New York City hotel at WorldPride/Stonewall 50? Guests and visitors contract to have the best experience, but what... 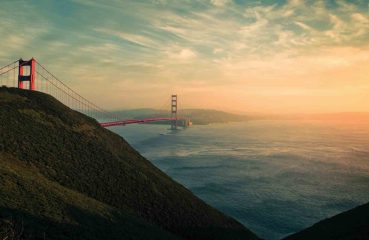 Not As Gay As It Used to Be, But Still Worth a Visit: San Francisco

We head to the Bay Area in search of cinema-worthy settings, celeb-quality accommodations, and even check out a low-key little sports event known as “The Super Bowl.”...